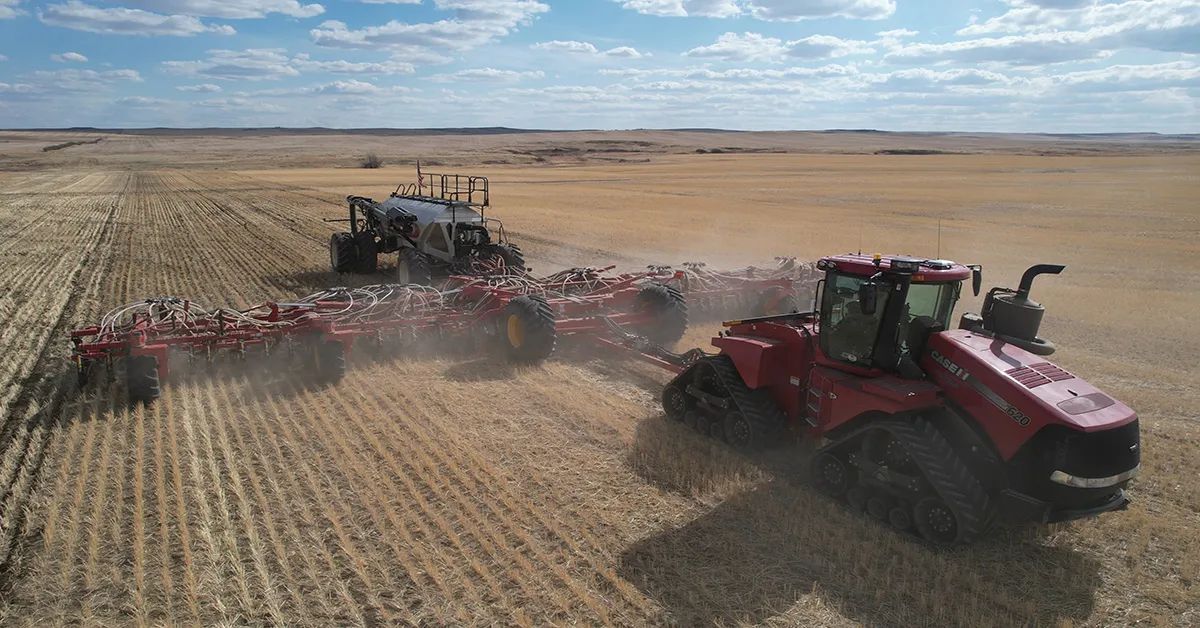 Farm equipment manufacturers would be required to provide all diagnostic equipment to farmers and the Federal Trade Commission would have authority to go after companies that don't under a bill introduced in the U.S. Senate on Tuesday.

The right to repair increasingly has become an issue in agriculture and other industries with state legislatures introducing bills in at least 32 states, including bills in 21 states in 2021.

Part of the problem is the equipment manufacturers currently will not allow farmers the hardware or software needed to diagnose a problem, much less repair it. So, dealers must send their teams out to the field to diagnose a problem and likely order parts, then come back out to make the repairs. There may be other complications with repairs.

With the support of the National Farmers Union and other ag groups, Sen. Jon Tester, D-Mont., introduced the "Agriculture Right to Repair Act" designed to give farmers and independent repair shops the ability to diagnose and repair their equipment.

The bill specifically would require manufacturers to make available to farmers and repair shops documentation, parts, software, or tools required to diagnose, maintain, or repair their equipment.

The legislation would give farmers and independent repair shops the tools to disable and re-enable an electronic security lock or other security-related functions to effect diagnostics, repair, or maintenance.

Third-party software would have the ability to provide interoperability with other parts and tools if the legislation becomes law, and to protect farmer data and equipment from hacking.

The measure also would require manufacturers that no longer produce documentation, parts, software, or tools for their equipment, to place copyrights and patents in the public domain.

Tester's bill would ensure parts are replaceable using commonly available tools without causing damage to equipment, or to provide specialized tools to owners or independent providers on "fair and reasonable" terms.

In addition, the bill would return farm data ownership to farmers. Manufacturers currently collect and sell all the data generated by farmers.

The legislation would give authority to the Federal Trade Commission to treat violations as an "unfair or deceptive" act.

Back in January, a North Dakota farm filed a class-action lawsuit alleging John Deere is violating the Sherman Act in not making diagnostic software available to farmers who want to repair their own equipment.

The lawsuit filed in the U.S. District Court for the District of Northern Illinois alleges John Deere has monopolized the repair service market for John Deere brand agricultural equipment with onboard central computers known as engine control units, or ECUs.

Forest River Farms in Forest River, North Dakota, asked for a trial by jury and wants the court to order John Deere to make the necessary software available to individual farmers and repair shops.

In addition, the lawsuit seeks damages for farmers who have paid for repairs from John Deere dealers beginning on Jan. 12, 2018, to the present.

"I've been a farmer my whole life, and I've seen the unfair practices of equipment manufacturers make it harder and harder for folks to work on their tractors themselves -- forcing them to go to an authorized mechanic and pay an arm and a leg for necessary repairs," Tester said in a press statement on the bill.

"Manufacturers have prevented producers from fixing their own machines in order to bolster corporate profits, and they've done it at the expense of family farmers and ranchers, who work hard every day to harvest the food that feeds families across the country. Farmers operate in tight windows and on tight margins, and they simply can't afford to waste time or money bringing their equipment to dealer authorized mechanics in the middle of a season."

National Farmers Union President Rob Larew said equipment manufacturers have "far too much control over" what farmers are "allowed to do with their own equipment, and this costs farmers time and money."

Walter Schweitzer, president of the Montana Farmers Union, said in a statement the measure comes at a time when farmers face myriad challenges.

"Agriculture is a stressful line of work as is -- we can't control the weather, prices for our production and inputs are dictated to us by the corporate monopolies, and now they won't let us repair our own equipment," Schweitzer said in a statement.

As of 2021, the class-action lawsuit said, farmers pay between $150 to $180 per hour for Deere repair services from an authorized dealer.

"Regardless of a farmer's own ability and knowledge regarding how to repair the tractor they own, without the relevant software, an authorized John Deere technician must be called to perform many repairs," the lawsuit said.

"Logistically, this is a nightmare for many farmers. When a farmer calls a dealer to perform a repair, the farmer is at the mercy of the dealer's schedule and must pay whatever the cost is -- including travel expenses -- even if the problem could be fixed in 15 minutes with access to the software. Deere has made farmers dependent on Deere for repairs. These additional costs paid to Deere by farmers cut into an already razor-thin profit margin on crops."

In September 2018, the Equipment Dealers Association, a trade and lobbying group that represents John Deere and other manufacturers, committed to make repair tools, software and diagnostics available to the public by Jan. 1, 2021.