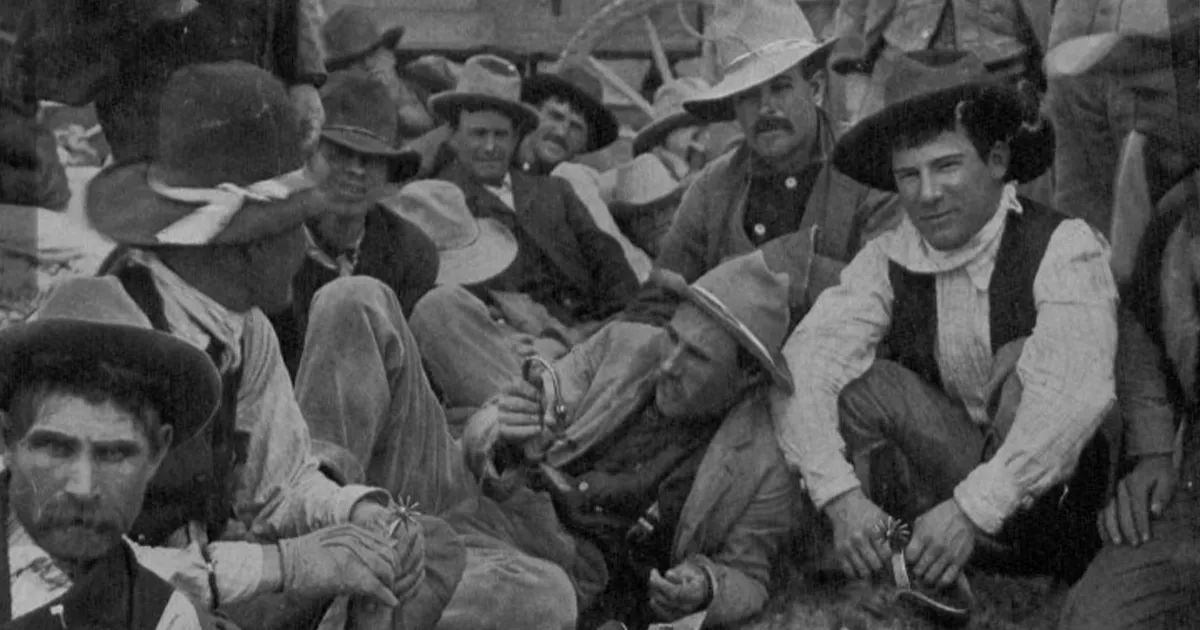 Cheyenne- In 1872, in the Territory of Wyoming, five men gathered in a livery stable in Cheyenne with the intention of forming a committee to combat a band of cattle rustlers in the area. The Stock Association of Laramie County was formed, and within a few years it also worked to manage round ups, brand inspections, and the health and sanitation of cattle on the range in addition to dealing with freight rates, fencing, and questions of public domain.

In the 1880s, the association worked to develop the state’s livestock and rangeland laws, and the association was closely involved in the notorious Johnson County War. Known now as the Wyoming Stock Growers Association, the group works extensively with the US Forest Service, agriculture trade organizations, and other groups working together to defend and promote Wyoming ranchers.

In June, the group will convene in Cheyenne for their 150th anniversary. In addition to speakers, committee meetings, a parade, a chuckwagon dinner, and tours, the meeting marks the release of the book titled Commemorating 150 Years of the Wyoming Stockgrowers Association. The book includes historical information about the association, photos, and stories of how the association has changed and grown to advocate for producers in Wyoming.

The 150th celebration will kick off in Cheyenne on June 8 and will wrap up on June 11 after a parade from the Depot to the State Capitol, a proclamation from Gov. Mark Gordon in recognition of the association’s history and future.

The Stock Association of Laramie County was organized in Cheyenne, Wyoming Territory, in 1872 to combat cattle rustlers operating in the area. By 1879, it had been renamed the Wyoming Stock Growers Association and was involved in a broad range of activities, including managing roundups, conducting brand inspections, and dealing with health and sanitary concerns, freight rates, and fencing and other public domain issues. The Association was instrumental in the development of Wyoming livestock and rangeland laws beginning in the 1880s and was closely involved in the Johnson County War of 1892. A women's auxiliary, Wyoming's Cow-Belles, was organized in 1940 and a youth group, the Junior Wyoming Stock Growers Association, was founded in 1954.

The Wyoming Stock Growers Association traces its origin to 1872 when five cattlemen met in a livery stable in Cheyenne to organize a vigilance committee to cope with rustlers operating in the area. This meeting was the beginning of the Stock Association of Laramie County.

In 1879 the organization's name was changed to the Wyoming Stock Growers Association and an executive committee was appointed to supervise inspectors, oversee Association business and represent the Association in the state legislature. The Association invited other stock associations to join in "one compact organization" to "enforce the stock laws of Wyoming Territory." The response to this invitation was quickly accepted by stock associations in Wyoming and surrounding states, and for many years the Wyoming Stock Growers Association was the primary source of protection for the interests and property of cattlemen in the region.

Providing leadership in cattle industry, the Association dealt with roundups, inspections, health and sanitary concerns, freight rates, fencing and other public domain issues, as well as rustling. The Association persuaded the Territorial Legislature of 1882 to empower the Governor to appoint a State Veterinarian and to institute stock laws which would prevent the introduction of disease on Wyoming ranges. In addition, during the presidency of John B. Kendrick who appointed the first historical committee, the Association began collecting historical data and artifacts related to the accomplishments of the Wyoming Stock Growers Association and the development of the western cattle industry.

Blizzards during the winter of 1886-1887 resulted in overwhelming losses of cattle which drove many of the large cattle operations into bankruptcy. This hard winter, combined with the economic depression of 1886, wrought sweeping and permanent changes in the western cattle industry and drastically reduced the Association's membership. Despite overwhelming obstacles, the Wyoming Stock Growers Association managed to remain intact and to continue to work tirelessly on behalf of its members.

The Johnson County Invasion of 1892 had a devastating impact on the Association. Under the leadership of W. C. Irvine the Association was able to recover and gradually increase its membership and expand its influence.

The Association was recognized by the federal government, during the 1920s, as an official marketing agency under the Packers and Stock Yards Administration. President J. Elmer Brock and Executive Secretary and Chief Inspector Russell B. Thorp provided the leadership which kept the Association afloat during the Great Depression of the 1930s. It was during this period that the Wyoming Stock Growers Association and the Wyoming Wool Growers set aside past animosities and aligned to address the common problems of taxation, shipping rates, and public domain issues. In 1937 the Association worked to unify brand inspection agencies, livestock exchanges, and independent commission firms and arrive at a uniform system to enforce brand inspection rules and agreements.

During the 1940s the Association, on behalf of its membership, strongly opposed the "Jackson Hole Seizure" or creation of the Grand Teton National Park. The Association also worked to encourage the application of principles of the Taylor Grazing Act to parts of public domain under the control of the Forest Service and supported legislation to permit all grazing lands except national parks, monuments, and timber lands to be returned to private ownership.