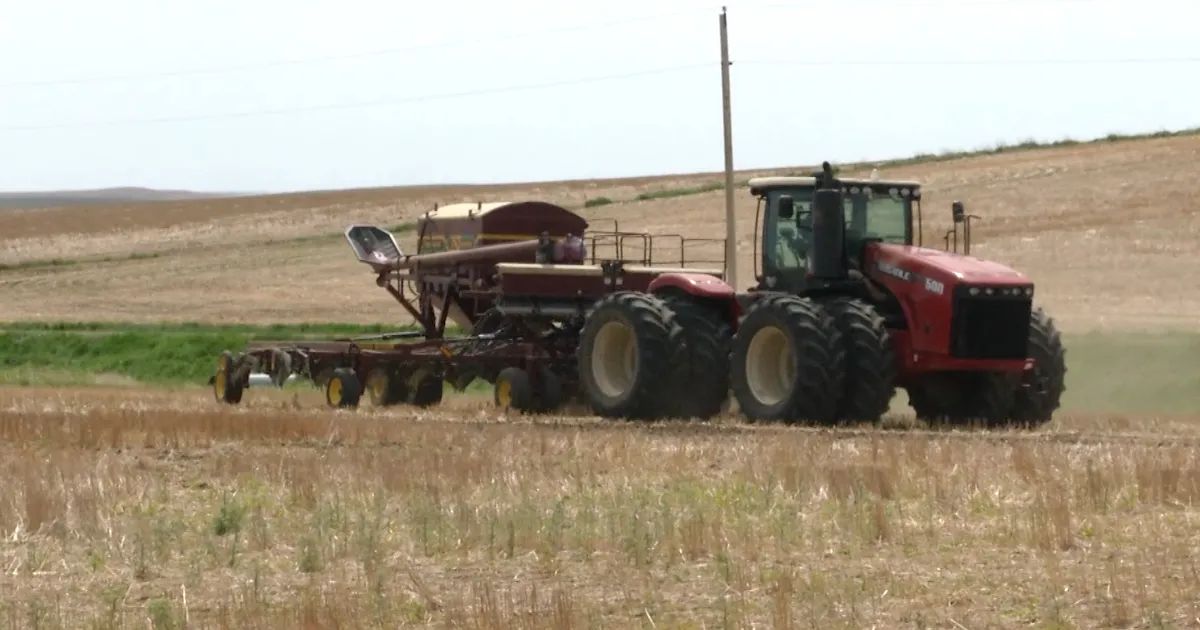 -- Crop development: 9% of winter wheat was emerged as of Sunday, 3 percentage points ahead of the five-year average of 6%.

-- Harvest progress: Spring wheat harvest inched ahead 2 percentage points last week to reach 96% complete as of Sunday, 1 percentage point behind the average pace of 97%. "Top-producing North Dakota is 93% harvested, the slowest of the six spring wheat states, but not bad considering the slow planting start earlier this year," Hultman said.

-- Crop condition: 52% of corn was rated in good-to-excellent condition, unchanged from the previous week and 7 percentage points below last year's rating of 59%.

-- Crop development: 63% of soybeans were dropping leaves, 2 percentage points behind the five-year average of 65%.

-- Crop condition: 55% of soybeans were rated in good-to-excellent condition, unchanged from the previous week and 3 percentage points below last year's rating of 58%.

WEEK AHEAD IN WEATHER

Farmers should see favorable weather conditions for harvest the first part of this week, but could face some delays later in the week, according to DTN Ag Meteorologist John Baranick.

"The first half of the week is mostly favorable for continued harvest progress," Baranick said. "There are some showers across the northeastern Corn Belt through Tuesday, and a burst of colder air is going to fill in across more of the eastern half of the country, but most areas continue to be mild and dry, a good combination.

"That will be disrupted at the end of the week when a small disturbance moves out of the Rockies and into the Northern and Central Plains late Thursday and Friday. The system will be a slow mover, thanks to Hurricane Ian slowing things down, and will bring periods of isolated to scattered showers across the western half of the Corn Belt through the weekend and into early next week. It is also unlikely that much of the southwestern Plains winter wheat areas see much, if any, precipitation. The drought that continues to be entrenched in the area is bringing some tough conditions for winter wheat establishment.

"For its part, Ian is forecast to make landfall in Florida later this week and spread heavy rain through the Southeast and Mid-Atlantic states Friday through the weekend. Some showers may make it into the far Eastern Corn Belt but is unlikely to make it farther west to the Delta or even Indiana."