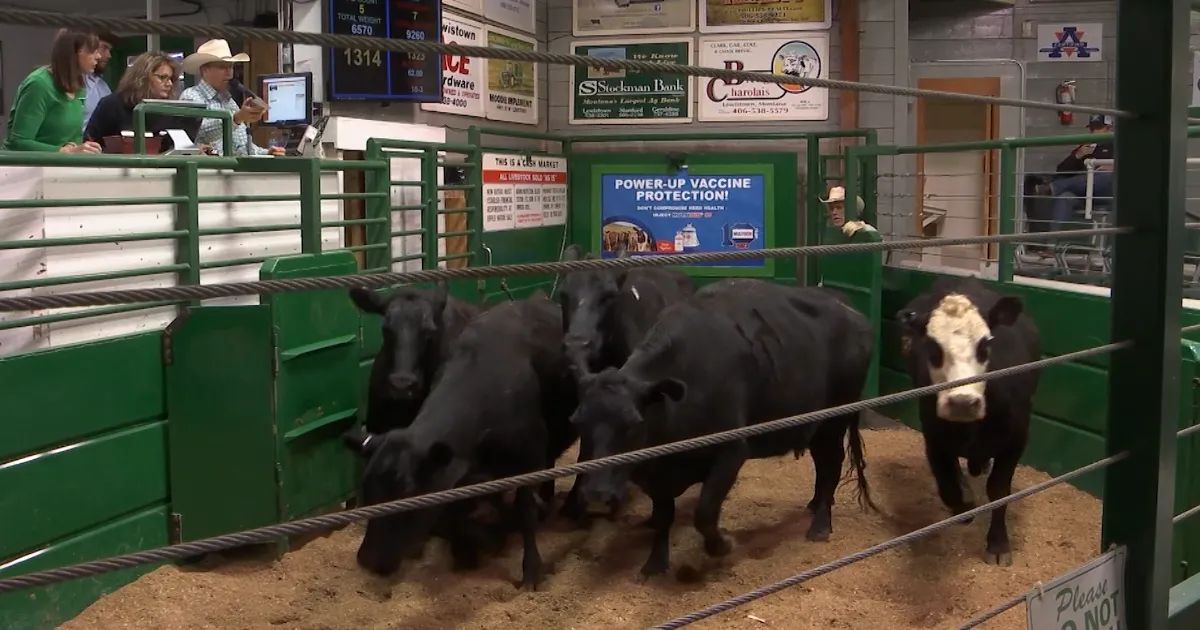 The year kicked off with a cattle inventory estimated to be down 2%, thanks to a 2021 calf crop down 2.3% from the previous year, due largely to the pressures brought on by drought and high input costs for feed, fuel, fertilizer and labor. This Market Intel provides farmers and ranchers with a snapshot of what is happening to the U.S. cattle herd as we head toward the finish line of 2022.

Drought and high input costs are impacting the marketing and processing of cattle. Drought had a significant impact on pasture and rangeland this summer, especially in the West and the Southern Plains. When drought causes pasture conditions to decline, heifers (female cattle that have not borne a calf) that would typically be kept as breeding replacements are instead placed into feedlots for eventual slaughter. High input costs have been another obstacle to farm profitability and have incentivized cattle producers to market more cattle. 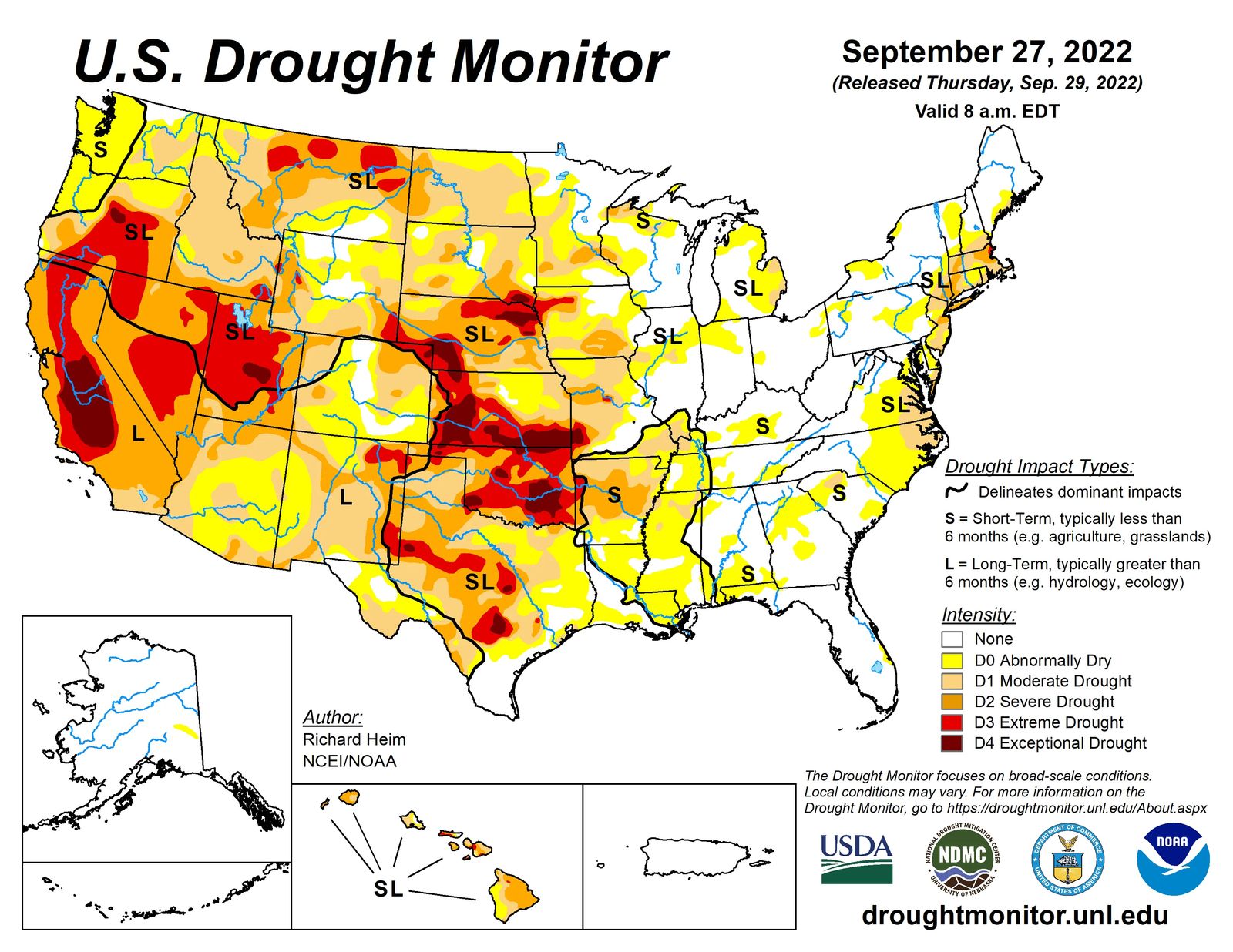 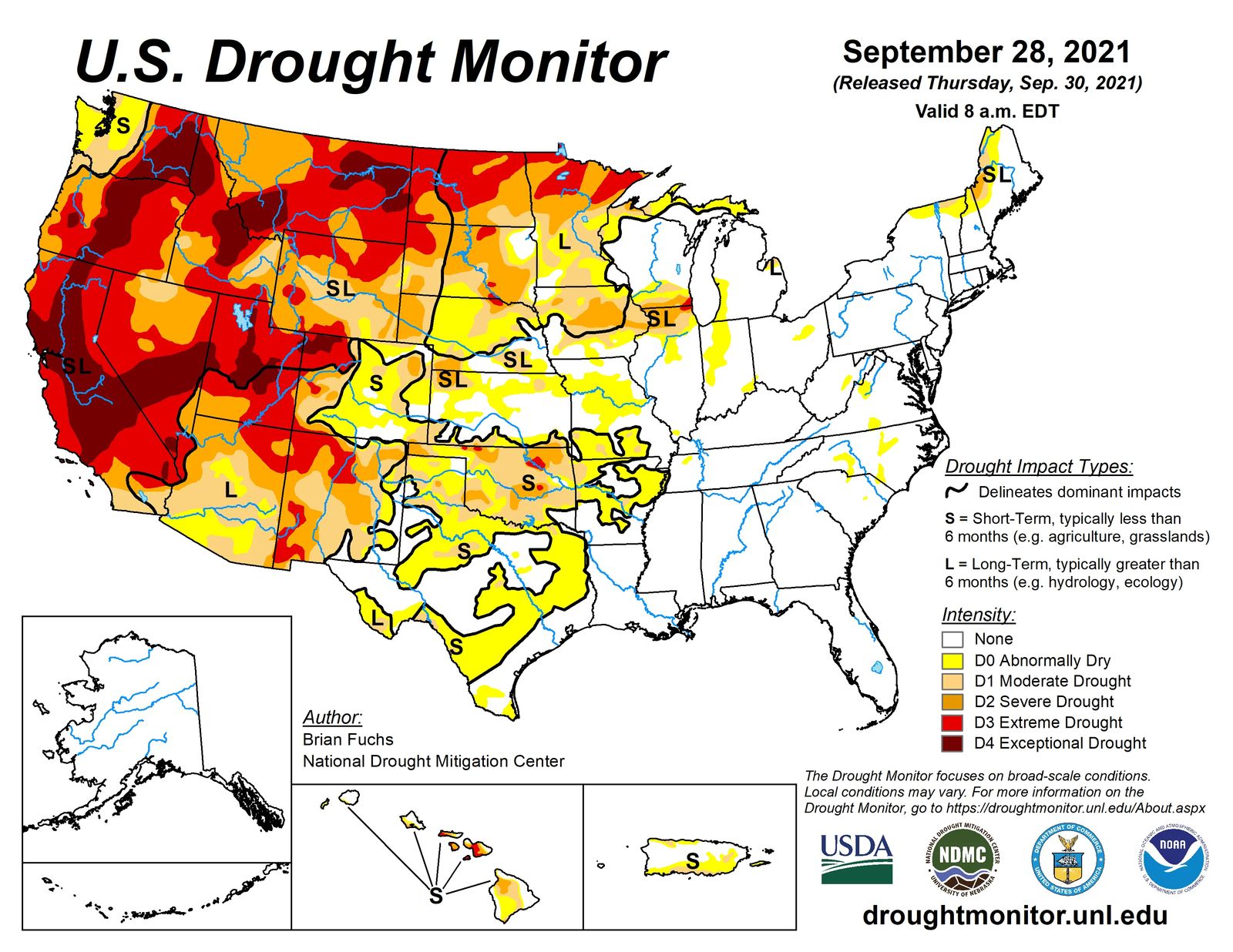 Rain has improved pasture and rangeland conditions in some areas in recent days. Pasture and rangeland conditions for the week ending Sept. 25, 2022, improved slightly week over week, with 57% of acres in 48 states in fair to excellent condition, about a 3% improvement from this time last year. This should provide incentive for some farmers and ranchers to hold onto calves for replacements. However, it is important to note that pasture conditions will take some time to recover to pre-drought conditions.

Beef production in August 2022 was a record 2.51 billion pounds, 6% above the same time last year. Cattle slaughter totaled 3.08 million head, up 7% from August 2021. Total cattle slaughter for 2022 came in at 22.49 million head, 1.8% ahead of 2021. Heifer slaughter accounts for over 30% of the total at 905,000 head, 9.3% more than August 2021 and 6.2% above the five-year average. Cow (female cattle that have had more than one calf) slaughter is estimated to be 6.8 million head, 6% ahead of last year. Cow and heifer slaughter are particularly important because these female cattle are responsible for the future calf crop. Cow and heifer slaughter combined account for nearly 51% of all cattle processed between January and August 2022. The growth in rate of cow and heifer slaughter is leading to a smaller calf crop and lower future cattle supplies. Due to the time it takes for a calf to reach market weight (18-22 months), fewer calves can mean a smaller cattle inventory for years to come. 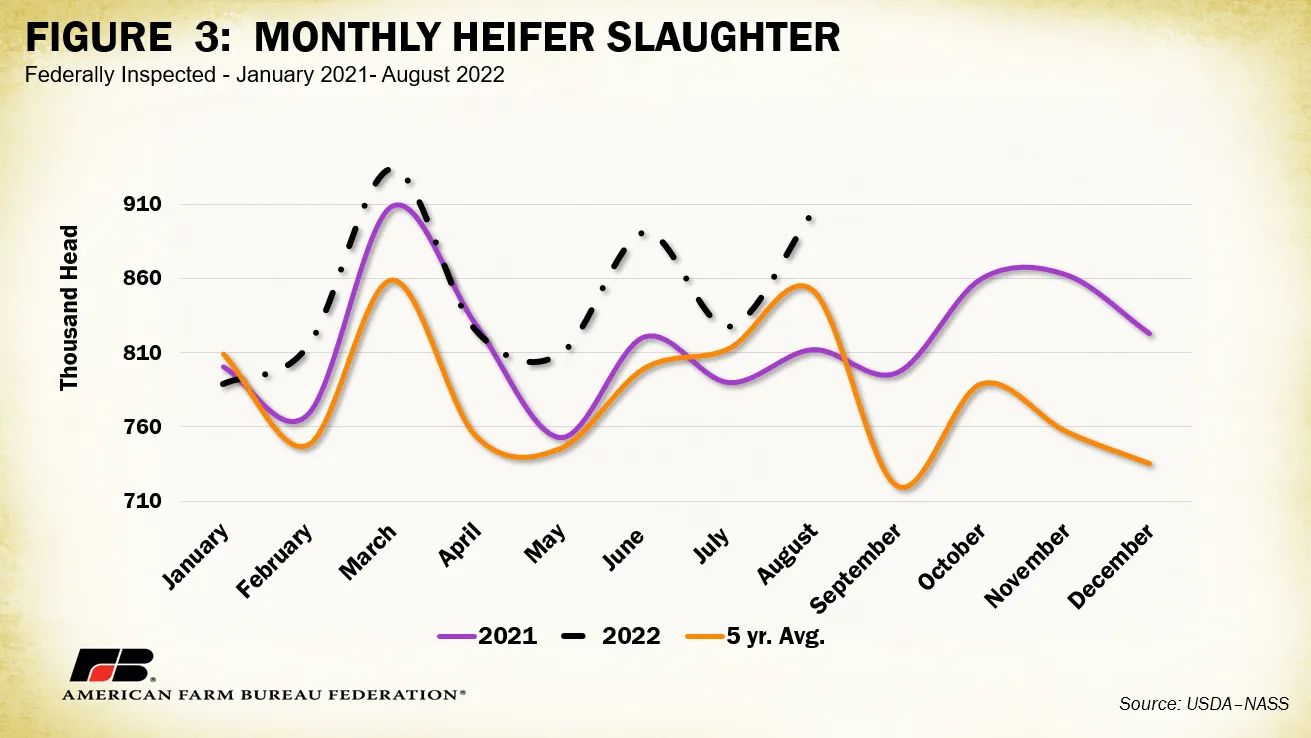 High beef production has led to a rise in beef in cold storage. In the September Cold Storage report, USDA estimates that beef in freezers was a record 515.67 million pounds, growing by 1% in August. This is 24% greater than the same time in 2021. The U.S. Bureau of Labor and Statistics released the August 2022 Consumer Price Index on Sept. 13. The Consumer Price Index for all food increased 0.8% between July and August 2022 and all food prices were 11.4% higher than August 2021. While food inflation is continuing, record levels of beef in cold storage will help temper retail beef prices in the days ahead.

While exports are slightly above last year, they may begin to slow. One of the reasons for this is strength in the U.S. dollar. The U.S. Federal Reserve increased base interest rates by 75 basis points on Sept. 21 and signaled more increases by the end of the year. This news caused the U.S. dollar value to strengthen in comparison to other foreign currencies such as the euro, Canadian dollar, or Japanese yen. This makes it more costly for countries to purchase beef and other products from the United States and may incentivize our export customers to look elsewhere for a better deal.

USDA's September Cattle On Feed report, released on September 23, 2022, showed cattle and calves on feed on Sept. 1 totaled 11.3 million. This is up only slightly from last month but is the second highest month on record since the report began in 1996. Placements of cattle into feedlots in August was slightly greater than last month at 2.11 million head. Marketings are the biggest story of this month’s report, coming in at 2 million head, 6% above this time in 2021. Continued high inventories of cattle in feedlots paired with high levels of marketed fed cattle will be a factor in the overall cattle inventory and calf crop when USDA’s National Agricultural Statistics Service releases the biannual cattle inventory near the end of January 2023.

August 2022 proved to be a record-setting month for beef. Record monthly production driven by a growing slaughter pace resulted in a record amount of beef in cold storage. Slaughter during August 2022 came in 7% above the same time in 2021. USDA is forecasting total cattle slaughter for 2022 1.8% above 2021. Fourth-quarter production is expected to slow but will likely be offset by higher-than-expected production in the first three quarters of 2023. Cow and heifer slaughter has continued to grow from stress caused by drought and high costs for supplies such as feed and fertilizer. This continued growth of female cattle being placed on feed for processing will result in tighter cattle inventories for years to come. This is a strong indicator that the cattle industry is continuing in the contraction phase of the cattle cycle.