U.S. Agriculture Jumps Back On The Cuba Relations Roller Coaster

U.S.-Cuba relations have been up and down like a roller coaster in the 11 years since the last U.S. wheat export shipment to Cuba. Last week, U.S. Wheat Associates (USW) staff traveled to the island nation as part of a U.S. agricultural conference to see and hear firsthand about trade opportunities – despite frosty bilateral relations.

There is no clearer example of that roller coaster than in the U.S. embassy. After being shuttered for more than a half-century, the embassy was reopened in 2015 during the Obama administration as a sign of goodwill and a hopeful return to a bilateral relationship. Closed in 2017 after never-proven allegations Cuba had perpetrated a “sonic attack” on diplomats, it now operates on a limited basis. Yet relations are so low that the U.S. government has refused to repair recent hurricane damages. 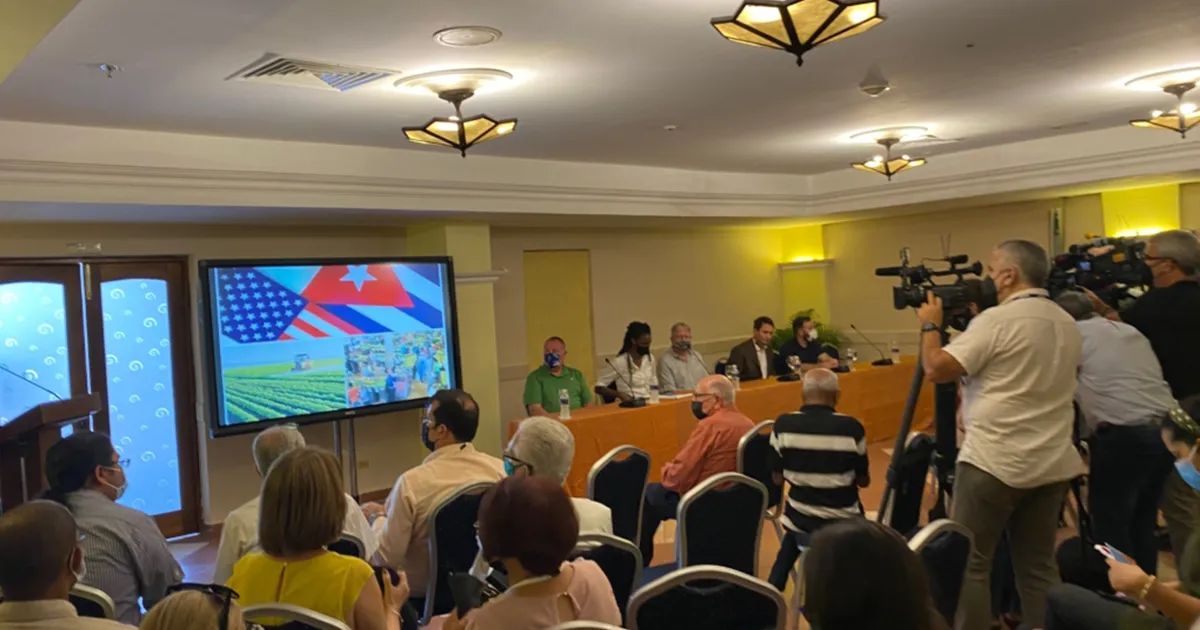 That roller coaster in relations continued in the recent conference, where high points about the potential of increased trade and renewed relationships were mixed with harsh rhetoric. Throughout three days of meetings and events with government officials, private business owners and conference attendees, the U.S. delegation repeatedly heard about the harm of the U.S. embargo on Cuba, and especially about tightened measures put into place under the Trump administration. Listing Cuba as a state sponsor of terror and further restricting the ability of U.S. business operations garnered a great deal of ire from the Cuban speakers.

Though conducting business with Cuba is more bureaucratically challenging for U.S. companies than nearly anywhere else on earth, Cuba can and does still purchase some U.S. commodities. The prime example is chicken. Cuba now ranks as a top-three destination for U.S. chicken exports.

The competitive situation for wheat is much more complex than the products they currently purchase. While the United States has a proximity and logistical advantage over any other wheat supplier, Cuban officials said other countries routinely offer generous credit terms of one to two years. Access to any level of financing has proved particularly important to Cuba, given its relative shortage of hard currency.

Agricultural trade with Cuba was authorized under strict terms with the passage of the Trade Sanctions Reform and Export Enhancement Act of 2000. However, the act required onerous payment terms such as full cash payment in advance of exports, use of third-country banks and travel restrictions on cargo vessels between the two countries. Though that policy sparked sales of U.S. commodities for a few years, the Cuban economy continued to struggle, and those terms have become overbearing. The result has been widespread economic distress for the Cuban people, who are now challenged to secure affordable food. Their stories include bread shortages and state-sponsored food ration supplies being unavailable.

Before COVID, Cuba regularly imported an average of 750,000 metric tons of wheat. That volume would likely make Cuba a top-ten market for U.S. wheat under a normal trading relationship. However, a true “normal” relationship would extend beyond just access to private credit and connections between U.S. and Cuban banking sectors to facilitate trade. For Cuba to reach its full potential as a U.S. commodity export destination, it would likely require the enablement of two-way trade – selling Cuban produce and processed products in the U.S. market. That development would go beyond the agricultural sales provisions of the laws that currently allow one-way trade with Cuba.

While that may be a worthy goal of opening up to Cuba, in the meantime, U.S. growers need Congress to act. Access to the same payment and shipping terms offered to any other wheat market is a good and reasonable starting point.

The United States has long had a policy of not using food as a weapon. It is past time for us to be honest with our own rhetoric in the case of our closest Caribbean neighbor.