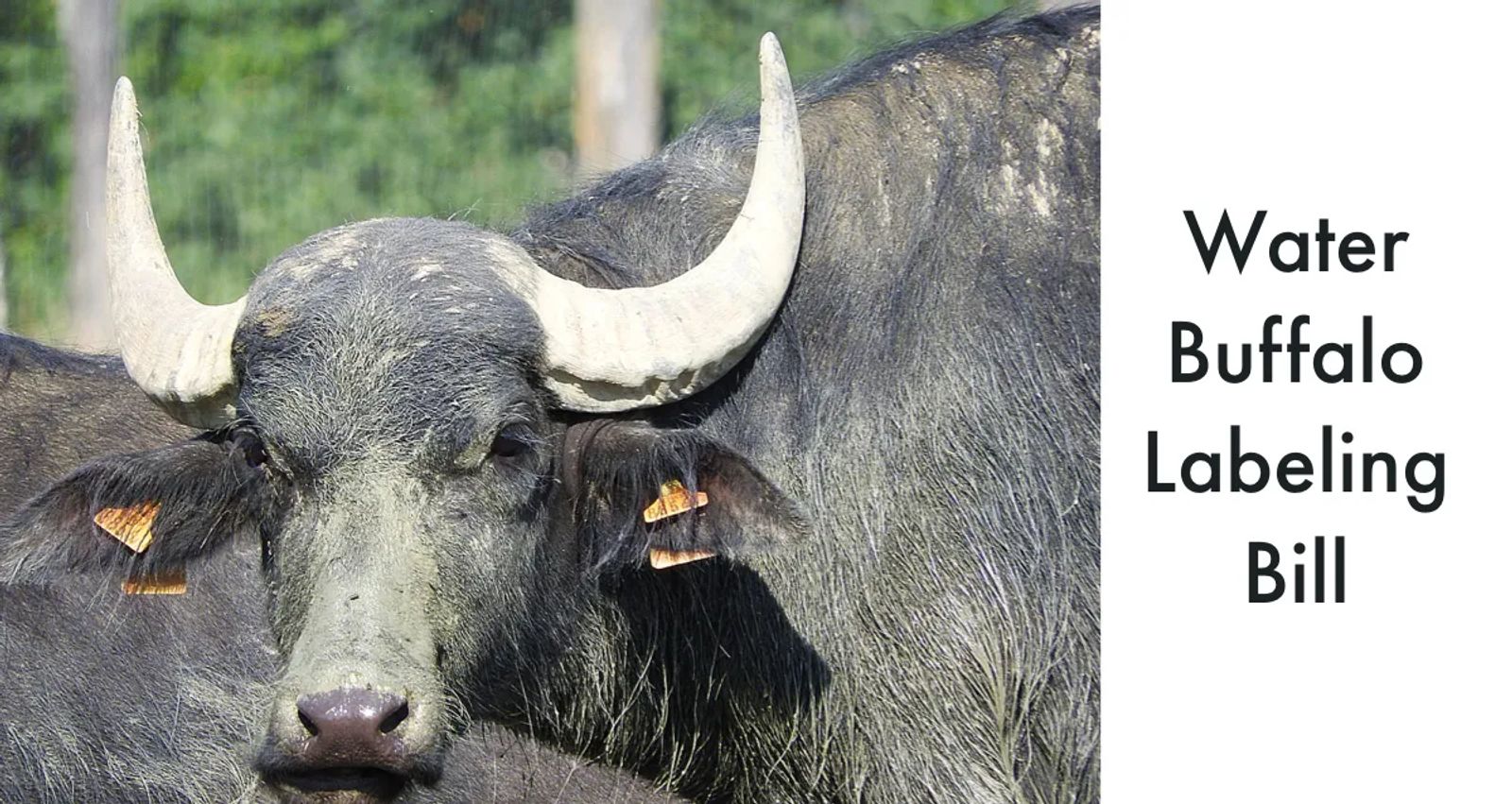 The bipartisan bill provides the Food and Drug Administration (FDA) with authority to ensure that products with water buffalo are marketed as “water buffalo” so consumers aren’t misled to believe the product contains bison, which is commonly referred to as buffalo in the United States. Bison products would continue to be labeled as “bison” or “buffalo”.

“Our bipartisan legislation would prevent consumers from being misled and ensure that labels clearly reflect whether a product contains water buffalo or bison,” said Hoeven. “Specifically, the legislation requires water buffalo to be accurately labeled and establishes that buffalo is a common name for bison. That’s good for consumers and good for bison ranchers.”

“Americans have long associated the term ‘buffalo’ with American bison. Some companies are now importing water buffalo meat and ingredients and labeling it only as ‘buffalo’ which can mislead consumers,” said Perlmutter. “The Truth in Buffalo Labeling Act will halt that deceptive practice and protect consumers and ranchers alike.”

“The American public has the right to know exactly what is in the products that they’re purchasing. Many Americans associate the term ‘buffalo’ with American bison, and for far too long, companies have exploited this misconception,” said Long. “The Truth in Buffalo Labeling Act will protect consumers and ranchers by preventing companies from using generic terms that are clearly intended to mislead consumers.”

“Bison producers have worked hard to connect with consumers around the high quality of the meat, and the role that these magnificent animals are playing in restoring healthy grasslands,” said Dave Carter, Executive Director of the National Bison Association. “Those efforts are being undermined by deceptively-labeled water buffalo. The Truth in Buffalo Labeling Act will protect both the hard-working ranchers and their customers.”