Teaming with NASCAR to Promote Beef

The beef industry and NASCAR are giving fans something to cheer about here in 2021.

Clay Burtrum is the Vice Chairman of the Federation of State Beef Councils and says, the new opportunity for Beef in 2021 is sponsoring a NASCAR event in February.

“With this pandemic, we’re seeing some great opportunities, as many businesses are” said Burtrum. “We had an opportunity, and on Saturday, February 13, the green flag will wave with the start of the “Beef. It’s What’s for Dinner” 300 at Daytona International Speedway. This is the big race of the year. Most sporting events have their finale at the end of the year, but not NASCAR. This is the big deal. It’s the Xfinity Race, and we had an opportunity to sponsor that. We’ll have a large TV audience, radio audience, and this is for all the farmers and ranchers out there, as well as the truck drivers carrying our products across the nation, and the farmers in the field. It was a huge opportunity for us to sponsor this race.”

The “Beef. It’s What’s for Dinner” race in Daytona, Florida, takes place one day before the iconic Daytona 500, which is the biggest race of the season in NASCAR. He says it’s a remarkable opportunity to promote Beef because consumers and fans will hear about the product every time someone simply says the name of the race.

So, indeed some very good news for both beef cattle producers and NASCAR fans alike.

People can learn more about other beef checkoff funded activities and even delicious beef recipes by visiting www.beefitswhatsfordinner.com.

January 11, 2021 - The American Farm Bureau’s Virtual Convention kicked off Sunday with an opening address by AFBF President Zippy Duvall from his farm in Georgia. January 9, 2021 - Concurrent Wyoming hemp workshops will be in Cheyenne, Powell, Torrington, Wheatland and Worland Jan. 13 and Feb. 3 by the University of Wyoming Extension. 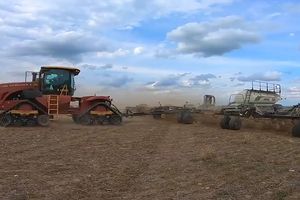 January 8, 2021 - A strong majority of farmers/farmworkers say the COVID-19 pandemic has impacted their mental health, and more than half say they are personally experiencing more mental health challe... 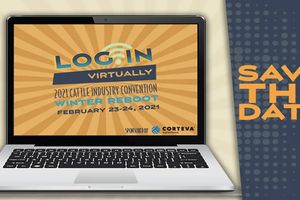 January 7, 2021 - Brand new for 2021, the National Cattlemen’s Beef Association (NCBA) is hosting a two-day virtual event for cattlemen and women across the country to come together for industry news,... 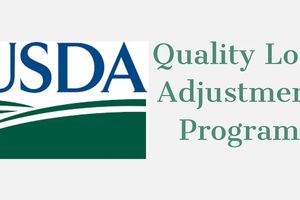