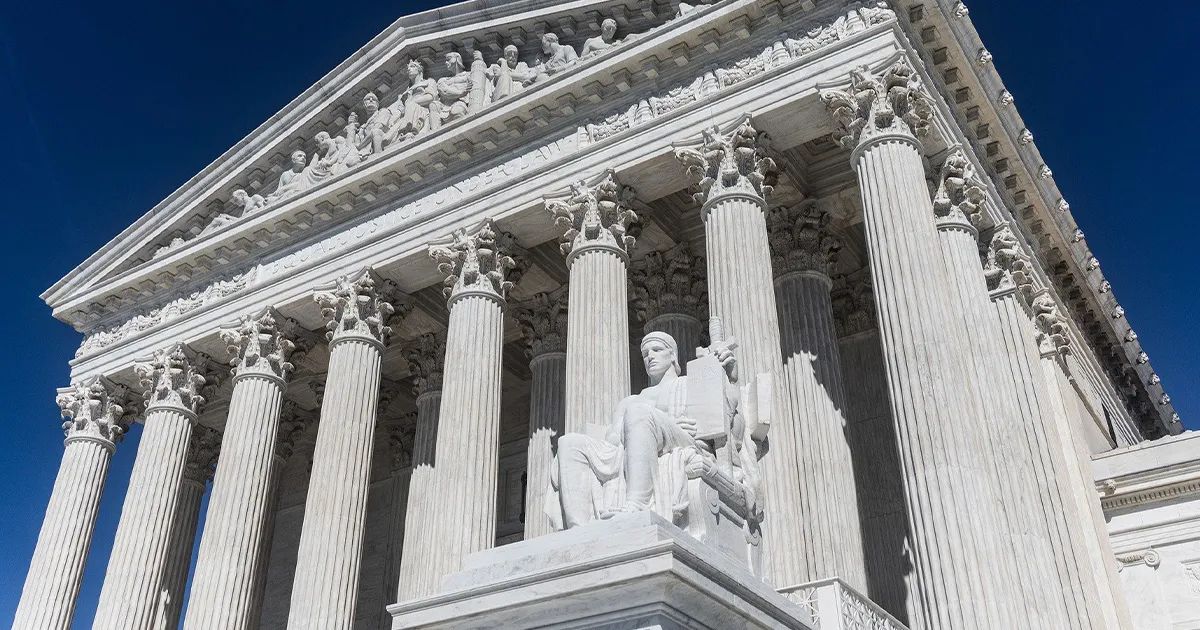 Mar. 28, 2022 – The U.S. Supreme Court at its Mar. 25 conference agreed to hear a case brought by the National Pork Producers Council and the American Farm Bureau Federation (AFBF) against California’s Proposition 12, which bans the sale of pork from hogs born to sows that weren’t raised according to the state’s “arbitrary” production standards.

“We are extremely pleased that the Supreme Court will consider the constitutionality of Proposition 12, in which California seeks to impose regulations targeting farming practices outside its borders that would stifle interstate and international commerce,” said NPPC President Terry Wolters. “NPPC has poured a lot of blood, sweat and tears into preserving the rights of America’s pork producers to raise hogs in a way that’s best for their animals’ well-being and that allows them to continue selling pork to all consumers, both here and internationally.”

NPPC has waged a legal battle against the ballot initiative since it was approved in November 2018, arguing at the U.S. district and appellate court levels that Prop. 12 violates the Constitution’s Commerce Clause, which grants Congress the power to regulate trade among the states and limits the ability of states to regulate commerce outside their borders.

The high court is taking up the case on appeal from the U.S. Court of Appeals for the 9th Circuit, which in July upheld a lower court ruling against the NPPC-AFBF lawsuit. The appeals court found that despite the organizations plausibly alleging that Prop. 12 “will have dramatic upstream effects and require pervasive changes to the pork industry nationwide,” 9th Circuit precedent didn’t allow the case to continue. That precedent, however, runs counter to numerous Supreme Court decisions and is in conflict with nearly every other federal circuit court.

NPPC and AFBF in the coming weeks will file their initial brief with the Supreme Court, which could hear oral arguments in the fall and could render a decision by the end of the year. Prop. 12, which took effect Jan. 1, 2022, prohibits in California the sale of pork from hogs whose mothers were raised in pens — anywhere in the world — that do not comply with the state’s highly prescriptive housing standards. It applies to any uncooked pork sold in the state, whether produced there or outside its borders. Nearly all pork currently produced in the United States fails to meet California’s arbitrary standards. (Business groups in California recently got a state superior court to delay the effective date of Prop. 12 for 180 days after final implementing regulations are issued.)

“In addition to its unconstitutional extraterritoriality,” Wolters said, “Prop. 12 sets arbitrary animal housing standards that lack any scientific, technical or agricultural basis and that will only inflict economic harm on U.S. hog farmers and consumers.”

To continue selling pork to the nearly 40 million consumers who live in California, which represents about 15 percent of the U.S. pork market, pork producers would need to switch to alternative sow housing systems. Industry estimates for converting sow barns or building new ones to meet the Prop. 12 standards are in the billions of dollars. Even with farmers bearing most of the costs, consumers in California and across the nation will eventually see higher pork prices.

In addition to its legal efforts, NPPC weighed in on problems with the initial proposal implementing regulations for Prop. 12, including an unworkable annual certification of hog farms’ compliance with the initiative’s requirements. The California Department of Food and Agriculture, which wrote the regulations, has yet to issue final rules.

To arrange an interview with NPPC Assistant Vice President and General Counsel Michael Formica, e-mail your request to news@nppc.org.