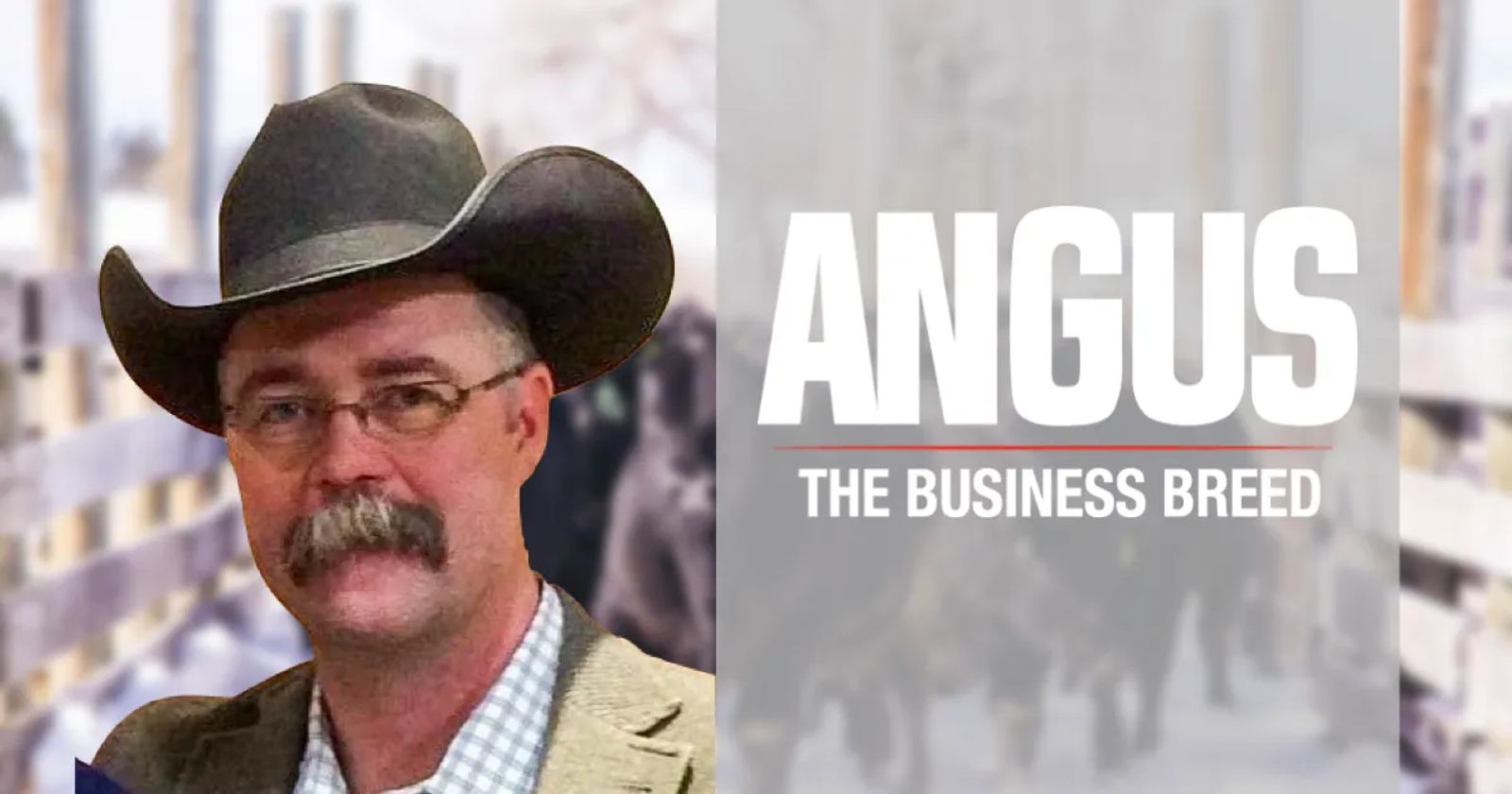 Stevenson Elected to American Angus Board

Montana Rancher Darrell Stevenson was elected by delegates to the 137th  American Angus Association Convention to serve on the board of directors. The convention was held in Kansas City, MO.

Malta’s Dave Hinman also serves on the American Angus Board of directors.

Darrell has a strong Angus legacy. His grandparents, Jamie and Jeanette, were charter members for the Montana Angus Association (1951) and Montana Angus Auxiliary (1960).

Darrell grew up exhibiting Angus cattle. He was actively involved with 4-H, FFA and Montana Junior Angus. He attended Montana State University and was selected Outstanding Junior Man, elected vice president of ASMSU and served as Noble Ruler for Alpha Gamma Rho Fraternity (1991-1992). He then transferred to and graduated from Oklahoma State University (1994). After graduating, Darrell returned to the home ranch in Hobson to pursue his dream of raising Angus cattle.

Darrell met his wife, Sara, while exporting heifers to Japan in the late 1980s. Their first date was a bull sale before marrying in 1995. They have two children: CJ is a senior at Montana State University and Claire is attending Cal Poly.

In 2019, Darrell and Sara expanded from Hobson onto a new unit in White Sulphur Springs to establish a later-calving herd. Although separated by a mountain range, Darrell continues to breed and market genetics with Stevenson Angus Ranch.

Darrell is a proud founding member of ORIgen, an industry-leading bull collection and marketing center. He has served on the board of directors since 2001. He is currently serving on the Montana Angus Association Board of Directors. He was witness to the first Montana Angus Tour in 1974 and assisted with hosting five more tours, as well as a National Angus Tour (1993.)

Despite the monumental challenge, they succeeded. The project was a pioneering marvel for vertical integration and establishing an Angus beef industry in Russia. He also introduced bovine in vitro fertilization (IVF) and established Russia’s first producing lab (2013).

In 2017, Darrell had an opportunity to sell his shares in the company. Today, the vision of Stevenson Sputnik continues as the second-largest beef complex in Europe. Due to this live cattle export experience, Darrell has overseen continuing shipments to Kazakhstan, Kyrgyzstan and Uzbekistan.

A genuine Angus advocate and innovative leader, Darrell Stevenson welcomes the opportunity to serve the membership and is grateful for your consideration.