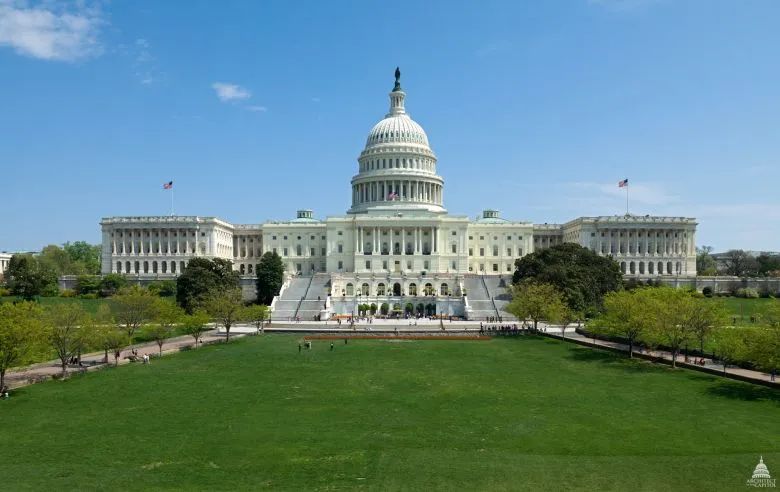 Farm groups and their Senate allies are making their final pitches to Capitol Hill for billions in additional aid as lawmakers look to pass what is expected to be the last major coronavirus relief package this year.

The stakes in the negotiations over the bill are especially high, because Congress will be in session for a limited amount of time starting in August until the election in November. The Senate returns to session on Monday, and Senate GOP leaders are expected to release a draft aid bill sometime after that.

The shape of the bill’s ag provisions isn't known yet, but a key senator, Agriculture Appropriations Subcommittee Chairman John Hoeven, told Agri-Pulse that their total cost is likely to be in the range of $30 billion to $35 billion.

That would be in line with what the Democratic-controlled House included for farmers in the $3 trillion HEROES Act that passed that chamber in May. The bill’s agriculture provisions were estimated to cost $33 billion, including $16.5 billion for a second round of Coronavirus Food Assistance Program payments that would supplement the original CFAP payments for losses farmers have suffered since April 15.

Farm groups continue to push for more money than the HEROES Act would provide.

In a letter to congressional leaders on July 9, leaders of 21 farm groups called for increasing USDA’s Commodity Credit Corp. spending authority to $50 billion, up from the existing limit of $30 billion, to provide “direct and temporary assistance to the broader agricultural supply chain beyond the farm gate.”

The $16 billion in CFAP payments that USDA is currently distributing “will provide some farmers with needed relief,” but the program “falls far short of addressing the vast needs of the agricultural economy as all commodities are facing unique and different challenges," the organizations wrote. The groups include the American Farm Bureau Federation, National Farmers Union, National Council of Farmer Cooperatives, National Association of State Departments of Agriculture and 11 commodity groups.

Hoeven, however, said the $50 billion CCC limit that the farm groups want is unlikely to pass. “Right now it doesn’t look like it’s going to go that direction,” he said. However, he said he expects some additional spending authority for USDA to be included in the Senate’s coronavirus aid package to supplement the $14 billion in CCC funding that is still available to USDA under the CARES Act, enacted in March.

“That puts us in pretty good shape to finish out this year and go into next year,” Hoeven said.

According to an AFBF analysis, eight major commodities have lost a total of $42 billion in value because of the pandemic, with much of the loss coming on 2020 crops. The CFAP payments USDA is now distributing are largely designed to cover losses on crops grown in 2019 and marketed prior to April 15.

According to the analysis, corn has lost $9.1 billion in value because of the pandemic, with $5.4 billion of that loss on the 2020 crops.

The AFBF analysis did not include fruits, vegetables and other specialty crops. USDA addressed some of that sector’s concerns with CFAP by announcing July 9 the eligibility of dozens of additional commodities.

“This goes a long way to resolving the problems we had where crops are not being included,” said Dennis Nuxoll, vice president of federal affairs at the Western Growers Association, which represents produce growers in Arizona, California, Colorado, and New Mexico.

But Western Growers, like other producer groups, says a second round of CFAP will be needed to compensate for post-April 15 losses.

Nuxoll hoped COVID-19 wasn’t around much longer but noted it’s clear that producers need quarter two covered, if not quarter three and they don’t have Title 1 programs, referring to the farm bill price-support programs for traditional row crops. “We can sort of already look into quarter three and see it’s not going to be necessarily great,” he said.

Danielle Beck, executive director of governmental affairs at the National Cattlemen’s Beef Association, said many cattle producers “were forced to sell cattle at a significant loss well beyond that April 15 cutoff date. We are seeing producers even today who are selling at a loss and aren’t being made whole by that part one payment.”

There appears to be broad support for major facets of the HEROES Act’s agriculture section, including an additional round of CFAP payments and payments for livestock and poultry that had to be euthanized.

Hoeven said another element of the House bill, a dramatic expansion of the Soil Health and Income Protection Program to 5 million acres, also is in the mix. The 2018 farm bill authorized SHIPP as a pilot program for 50,000 acres in the upper Midwest. The HEROES Act would allow farmers to idle acreage in the program for three years in return for an annual payment of $70 an acre.

Ferd Hoefner, a policy adviser to NSAC, which has supported SHIPP, said the Senate package is likely to make the payment variable, rather than fixed, possibly tying it to a percentage of county rental rates.

There are other major proposals that lawmakers and farm groups are trying to get included in the package:

“We’ve got to be able to figure out a way during this crisis when there are so many families in need to be able to move those (surplus food items) over to the food banks,” said Michigan Sen. Debbie Stabenow, the senior Democrat on Senate Ag.

Farming Support to States Act: The National Association of State Departments of Agriculture is urging the Senate to include the bipartisan measure, which would authorize $1 billion in grants to states.

The grants could fund a variety of programs, including those that “contribute other resiliency, diversity and distributed production of agricultural products” and other projects that “build resiliency and long-term viability of rural economies” or increase the competitiveness of small and mid-sized entities.

Pork, poultry producers: The RELIEF for Producers Act introduced by four Senate Republicans earlier this month would compensate livestock and poultry producers for losses due to processing slowdowns and euthanization of animals. The bill also would provide $300 million in additional funding for the National Animal Health Laboratory Network to combat animal diseases.

Textile industry: The National Cotton Council is appealing to lawmakers to provide aid to textile mills and cotton merchandisers who have been hurt by the dramatic slowdown in apparel sales.

Interested in more coverage and insights? Receive a free month of Agri-Pulse or Agri-Pulse West by clicking here.

A farm bill program provides assistance to domestic mills of 3 cents per pound, but that rate is based on actual usage, which has declined sharply. The cotton council wants to see the rate doubled to 6 cents and payments based on the mills’ 2017-2019 usage.

Local agriculture: Some House members are raising concerns that USDA’s rules for CFAP are unfair to small farmers because they don’t reflect the premium prices that those growers get for selling to local markets. There may be an effort to get those concerns addressed in the Senate aid package, if advocates for the farmers can find senators willing to take on the issue.

“Despite this, USDA did not provide any specific accommodation for these producers in the design of CFAP payments,” the lawmakers say.