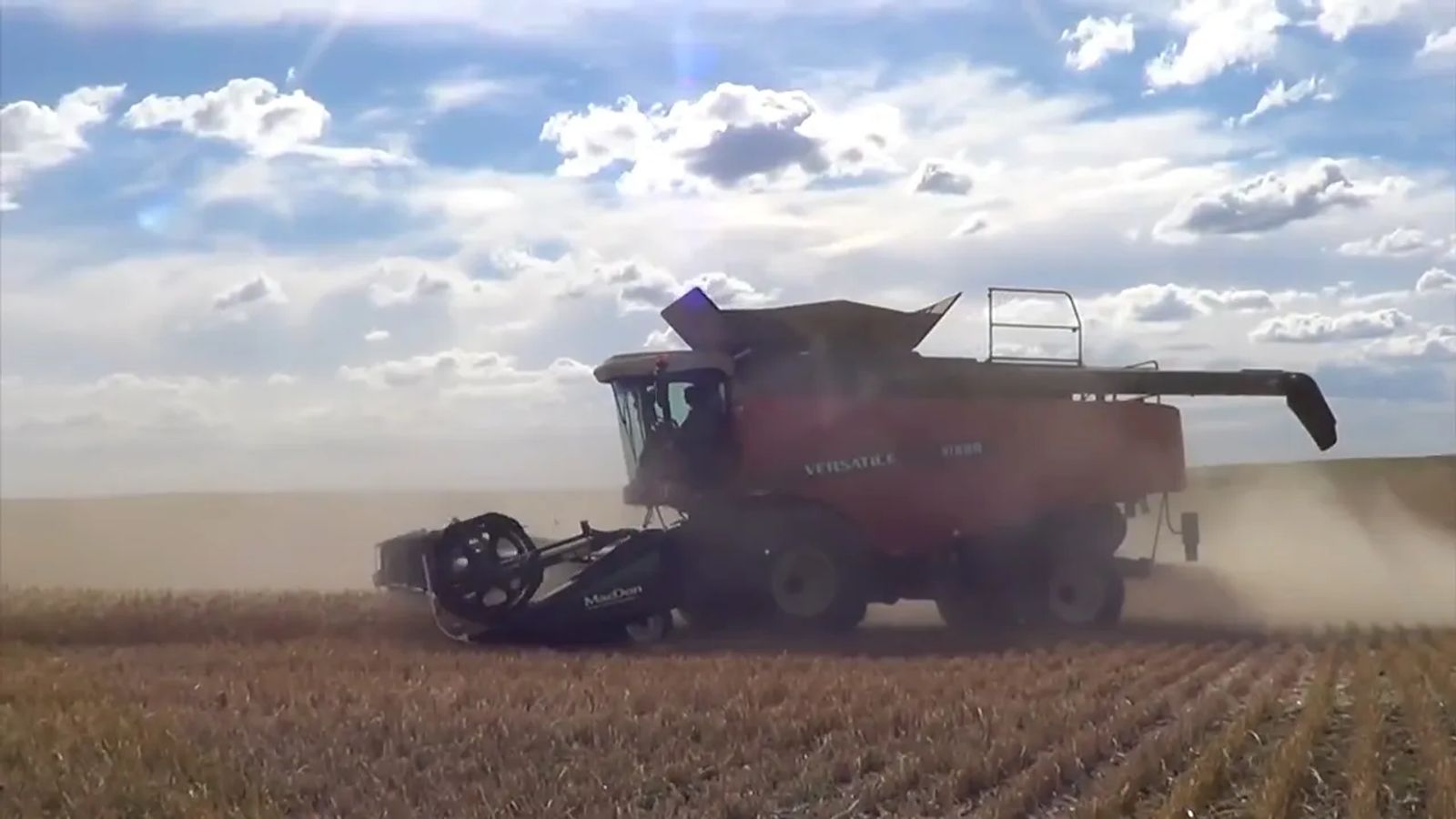 Harvest of the 2020 U.S. spring wheat crop advanced to 15 percent complete as of Sunday, 5 percent the previous week, as generally favorable harvest weather prevailed across most of the region. This pace is ahead of a year ago when just 6 percent was harvested, but behind the 5-year level of 25 percent.

North Dakota will likely make more significant progress this week, especially across western areas where forecasted rain looks less. Central and eastern areas have increasing chances of rain as the week progresses which may temper progress. Early harvest reports indicate a good quality crop with very good test weights, no falling number issues and no notable reports of fusarium. Protein levels are averaging near or above the market standard of 14% (12% moisture basis), with some drought impacted areas exceeding 15%. Early yields have been near typical long-term averages for most producers, but some of the early wheat which faced moisture and heat stress in June are reporting well below average yields. Areas with later planted wheat are reporting more favorable yield prospects, but also facing added pressure from late season weed flushes and variable crop maturity within a field, and parts of the region are also seeing additional disease pressures on the crop.

The latest crop condition rating slipped from the previous week, due to expanding dry conditions across portions of North Dakota. The U.S. crop is rated 69 percent good to excellent, down from 73 percent the prior week, but equal to a year ago. Crop ratings improved in both South Dakota and Montana and held steady in Minnesota. In North Dakota crop ratings fell to 63 percent good to excellent, compared to 68 percent a week ago, with 8 percent of the crop reported poor to very poor this week.

The North Dakota durum harvest is now estimated to be 2 percent completed, slightly ahead of a year ago when 1 percent was harvested. Approximately 25 percent of the crop is mature, slightly behind 33 percent a year ago. Crop ratings declined to 66 percent good to excellent, compared to 71 percent the previous week.

In Montana, 8 percent of the crop has been harvested, primarily in the far western durum production region, and this pace is slightly behind the 5-year average of 15 percent.

Nearly 70 percent of the crop is turning color, also slightly behind average. Similar to North Dakota, crop ratings declined in Montana, falling to 50 percent good to excellent, down from 64 percent the previous week and 71 percent a year ago. In both states, expanding dryness across the region, and periods of hot temperatures have stressed crops and pushed maturity. Variable maturity of the crop within fields and late season weed pressure will add challenges to the harvest this year.