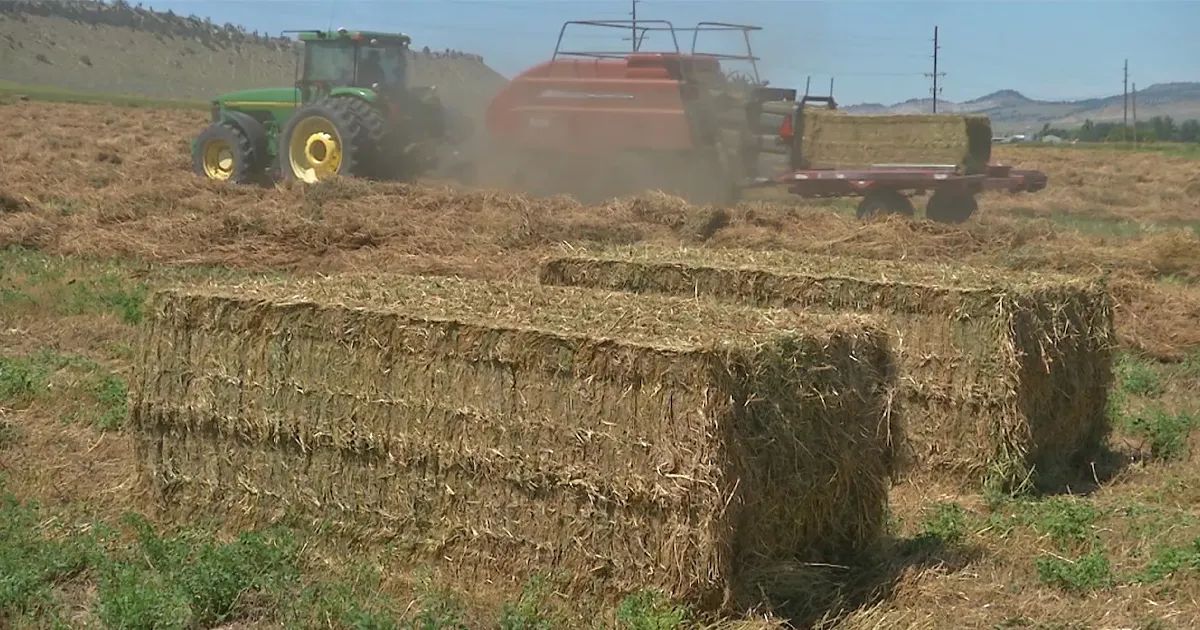 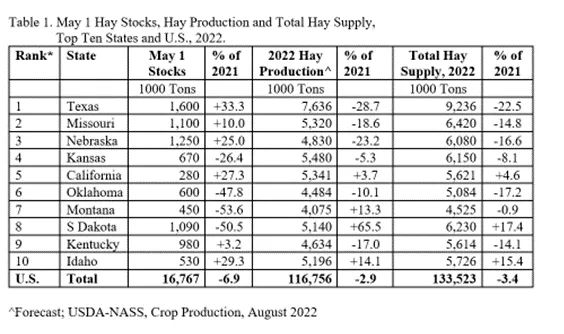 Among six of the top ten hay states, either reduced May 1 stocks or reduced 2022 hay production or both are contributing to significant reductions in hay supplies (Table 1). Low May 1 stocks reflects carryover drought impacts from 2021. Reduced 2022 hay production is the result of drought and/or high input costs including fertilizer and fuel. The effects are cumulative.

Eight of the top ten hay states are also top ten beef cow states including Texas, Oklahoma, Missouri, Nebraska, South Dakota, Kansas, Montana and Kentucky. These eight states had 15.7 million beef cows on January 1, 2022. The other two, California and Idaho, are the number one and three dairy cow states, respectively. With the growing season winding down amid continuing drought, the 2022 hay supply data illustrate why so much herd liquidation has occurred this year. It also speaks to the continuing challenges that cattle producers will face to get through the winter before the 2023 growing season could provide the next opportunity for improved forage conditions.