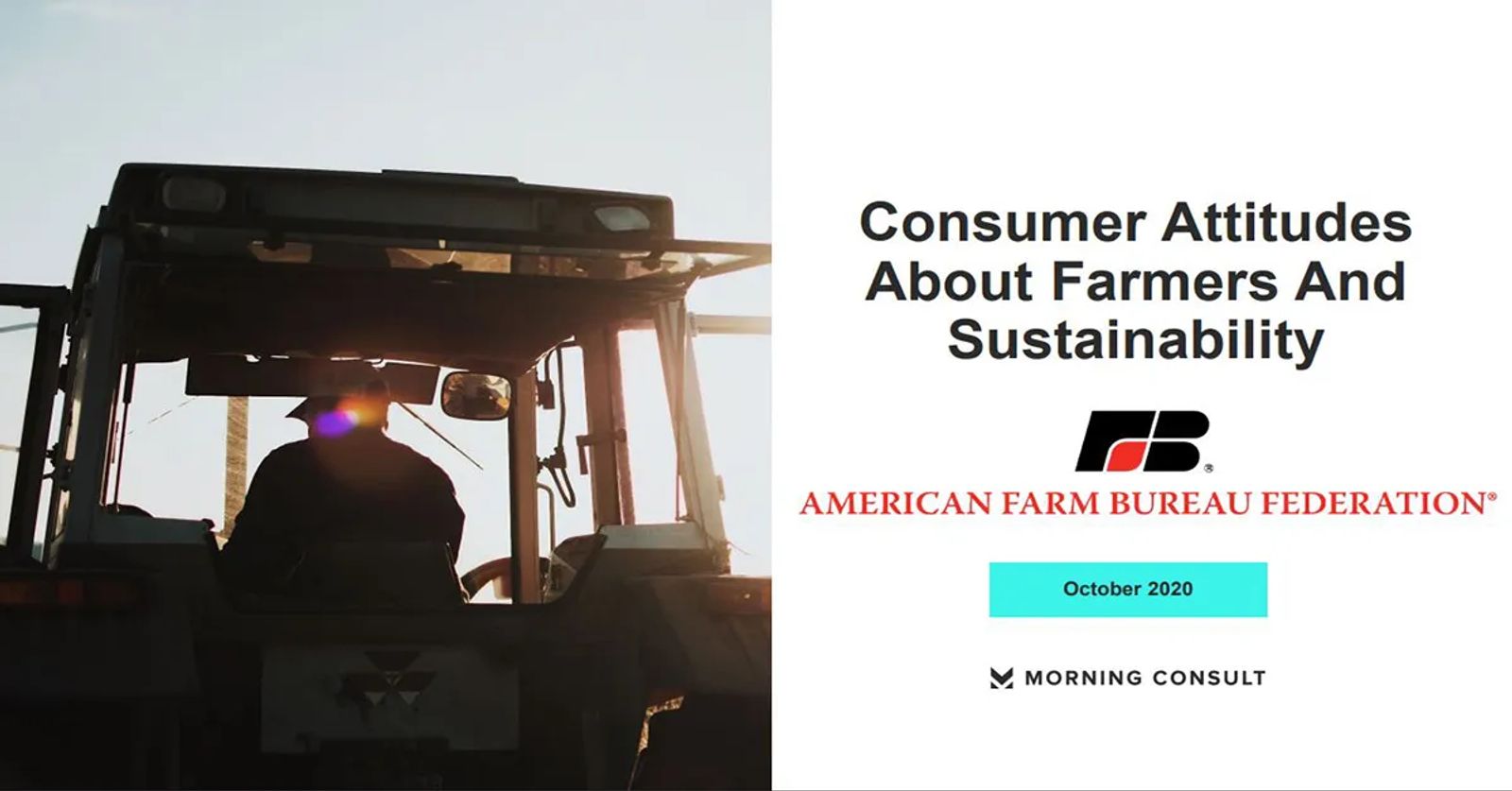 A majority of U.S. adults have a positive view of farmers’ sustainability practices, and an overwhelming majority trust farmers, according to a new national public opinion poll from the American Farm Bureau Federation.

The survey of 2,200 U.S. adults found that more than half (58%) rate the sustainability practices of U.S. farmers positively, with broad agreement from a majority of adults across demographic groups.

Nearly nine in 10 adults (88%) trust farmers, a 4% increase from AFBF’s June 2020 polling, which is evidence the public recognized that food supply chain challenges brought on by the pandemic were not within the control of farmers and ranchers.

The survey also explored public attitudes about the environmental sustainability achievements of farmers and ranchers, as well as future direction to advance climate-smart farming. Overall, the public agrees farmers shouldn’t be expected to bear the financial burden alone. More than four in five adults (84%) say environmental sustainability and economic sustainability are both important for farmers, and most adults say both are very important. More than four in five adults also say feeding the world (84%) and farmers passing farms on to future generations (83%) are important.

“Americans have a high level of trust in farmers, and they understand that we’re committed to protecting the soil, air and water,” said AFBF President Zippy Duvall. “We want to leave the land better than we found it for our children and grandchildren, as well as our nation. Our survey demonstrates that Americans are impressed by advancements in climate-smart farming and we look forward to building on that success.”

Support for farmers’ sustainability efforts swelled when government data was shared about achievements. More than eight in 10 Americans (81%) were impressed when they learned that, according to the Environmental Protection Agency and Agriculture Department, farmers have put 140 million acres in conservation programs, more than doubled the amount of renewable energy sources they use, and nearly tripled the amount of food grown in the last 70 years with the same or fewer resources.

Looking to the future, the survey explores how Americans think sustainability efforts on farms and ranches should be funded. Seventy percent of adults say government incentives to encourage farmers to adopt additional sustainable agricultural practices would be effective. More than three-quarters of adults believe it is important for the government to fund science-based research (76%) and improve infrastructure (78%) to support agriculture.

At a time when some corporations are making sustainability commitments that include or impact agricultural production, a bipartisan majority of adults (62%) say corporations should compensate farmers for the additional cost of implementing environmental practices to help achieve sustainability goals.

The survey also revealed there is still work to be done to increase awareness of agriculture’s comparatively small contribution to greenhouse gas emissions in the U.S. More than four in five adults (84%) were not able to correctly identify agriculture’s impact. On a brighter note, nearly half of adults (45%) correctly ranked agriculture as the smallest contributor to greenhouse gas emissions by economic sector. According to the latest EPA data, agriculture accounts for 10% of total U.S. emissions, far less than the transportation, electricity production, commercial and residential, and industry sectors.