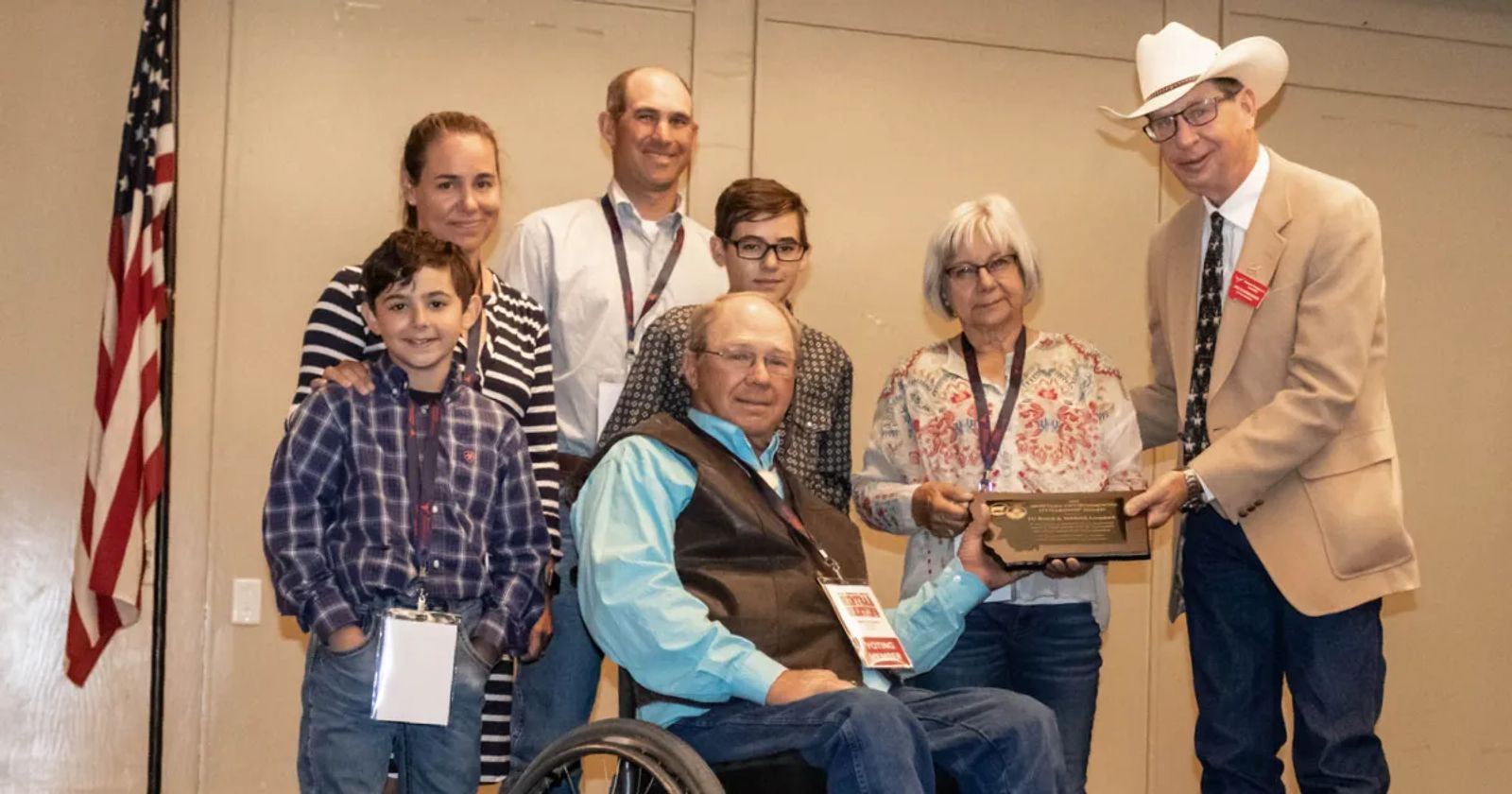 HELENA, Mont. - The TG Ranch was honored as the 2020 Environmental Stewardship Award (ESAP) winners August 19, at the Montana Stockgrowers Association’s MidYear Meeting in Billings, Montana. Each year, the ESAP award recognizes a Montana ranch that exemplifies environmental stewardship and demonstrates a commitment toward improved sustainability within the beef industry.

The Voldseth family has been ranching in the valley of the upper Mussellshell River for more than 140 years, working to preserve and enhance the land for generations to come. David, June and Vance Voldseth accepted the award on behalf of the family ranch.

The Voldseth family has been ranching in the valley of the upper Mussellshell River for more than 140 years, working to preserve and enhance the land for generations to come. David, June and Vance Voldseth accepted the award on behalf of the family ranch.

The TG Ranch’s environmental stewardship story begins in the 1930s when the long drought got ranchers thinking about soil, water and grass conservation. Today the stewardship goals of the ranch include water conservation and improving soil heath and grazing land.

The ranch’s water conservation efforts include the use of their two reservoirs, utilizing efficient irrigation practices for hay and pastureland, and the addition of stock tanks around natural springs.

The reservoirs, which were built in the 1930s, are able to capture snowmelt out of the mountains and impound water until they need it later in the year, an essential function in years of drought. The ranch also uses center pivot irrigation to ensure water is evenly distributed over the ranch’s hay fields. All four irrigation systems are powered by gravity which allowed to ranch to do away with their diesel-powered generator and pump.

“We’re using less fuel, less oil and the beauty of it is that gravity never fails. It’s the same every day,” said David Voldseth.

The second goal of the TG Ranch is to improve soil health and grazing land, which in turn increases carrying capacity. Over the years, the ranch has improved their pastures by utilizing some rotational grazing as well as seeding improved pastures. Grazing practices can vary from region to region, but for the TG Ranch it is most beneficial to implement a semi-rotational system for grazing.

“Due to the elevation differences on this particular ranch, you can’t do a year-round rotational system because pastures just aren’t ready for cattle during certain parts of the year,” said Vance Voldseth.

Seeding improved pastures has greatly increased soil health as well as increasing the carrying capacity of the land. East of the reservoir, David had noticed pastures would have grasses only about six inches high in a good year, and if it rained, water would stand on top of the ground. He brought in some experts from NRCS to examine the problem. They soon realized the heavy clay soil was packed so tight the water could not permeate it.

The ranch took this information and began seeding various wheat grasses and some alfalfa, which resulted in 3-feet grasses every spring. An added benefit to this project was that the grasses planted were early, cool species so the pastures are ready for cattle much earlier in the spring, which is a huge cost-saver compared to feeding hay.

The Voldseth’s efforts to improve pasture health have almost doubled the carrying capacity on approximately 2,350 acres across the ranch.

Since its inception in 1991, the Environmental Stewardship Award Program (ESAP) has honored ranchers across the United States who implement practices the positively impact their land, livestock, wildlife, water and the ecological landscape as a whole.