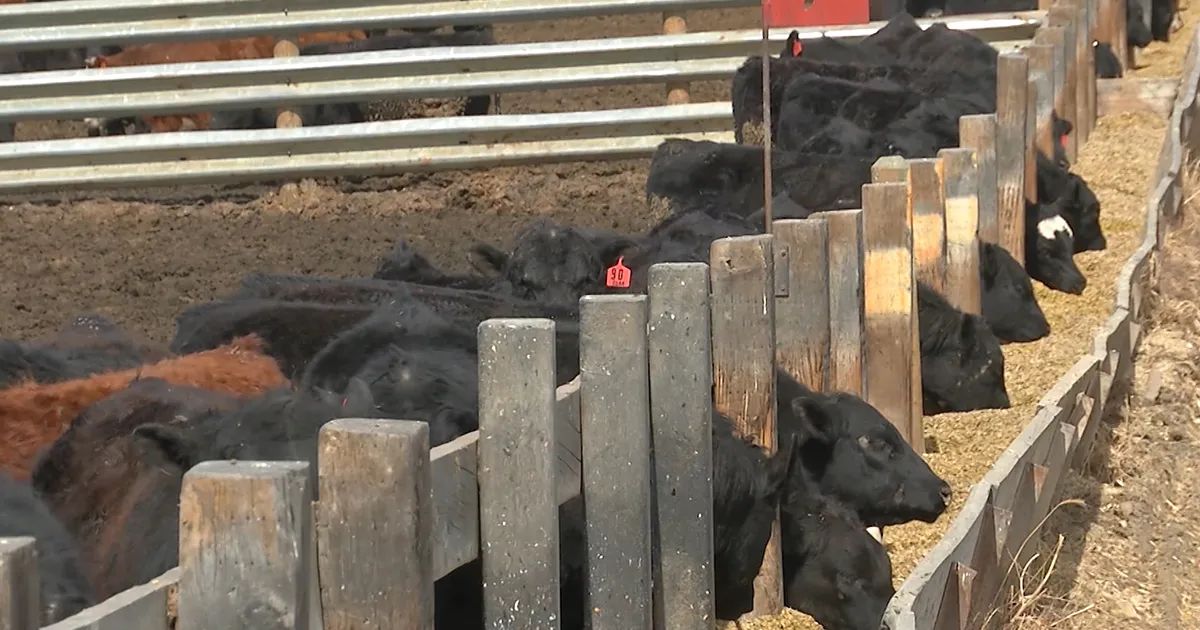 The current heat wave blazing through Kansas feedlots has killed an estimated 10,000 head of fat cattle.

Final death numbers continue to come in, but that early estimate was shared with DTN by livestock experts, who put the geographical center point for those deaths at Ulysses, Kansas.

DTN calls to feedlots in the area and to ranchers whose branded animals were seen in some privately shared photos of dead cattle were not immediately returned.

What is known is that leading up to these heartbreaking losses, temperatures in the area were over 100 degrees Fahrenheit, there was humidity, and there was little to no wind to help cool the animals. Temperature readings reported for Ulysses began to exceed the 100-degree mark on June 11. By June 13, the high temperature was reported at 104 degrees, with humidity levels ranging from 18% to 35%. Temperature and humidity levels began to break some on June 14. Just a few days prior to the heat setting in, highs had been in the 80s.

Corbitt Wall, a cattle analyst with National Beef Wire who works out of Amarillo, Texas, told DTN he heard from two non-media sources about the extent of the Kansas losses. He noted there was frustration that despite such extensive losses, the futures market fell Monday.

"I know it's hard for people in the business to watch that futures market, but it's not real," he said. "The only time those traders and speculators make money on futures is when the market is volatile, and they are watching these algorithms to tell them where the market is going. For people following the fundamentals, it is frustrating."

Large losses in feedlots due to heat stress seem to start every year around June, said veterinarian A.J. Tarpoff, who works with Kansas State University Extension. He explained that when there is a "perfect storm" of too much heat and no opportunity for nighttime cooling, cattle can accumulate heat and die from the stress. It's a situation, he added, that can hit both feedlot and grazing animals.

"Heat stress doesn't happen all at one time. Cattle accumulate heat during the day, and then over the nighttime hours, it takes four to six hours for them to dissipate that heat. As long as we have a cooling effect at night, cattle can mostly handle the heat. Where we run into issues is where we have two to four days in a row of minimal nighttime cooling, and we start the day with the heat load we accumulated the day before still there," he said.

Tarpoff, who spoke with DTN, worked as an associate feedlot veterinarian in Canada before moving to Kansas. He said it's not uncommon to see issues with heat stress even that far north. And he pointed out that not all animals within a herd, group, or pen are affected by heat stress in the same way. A previous bout with respiratory disease that may have led to scarred lungs can make it difficult for that animal to cool itself. And there are other pretty basic reasons some cattle just don't handle the heat as well as others.

"The second week of June is when, historically, we start to see this, and I think a lot of it has to do with the hair coat. Cattle can adapt to almost any environment on earth, but they need time. At this point in the season, a lot of them have not fully shed that winter hair coat and slicked off," he said, adding that the fact that the majority of the U.S. cow herd is black also means they can't cool as efficiently.

In this most recent reported loss, many of the animals appeared close to going to processors. They were fat, and Tarpoff added that in cases like this, once these layers of fat develop, it can put animals at more risk of heat stress.

While every heat-related loss is not preventable, Tarpoff said there are several mitigation strategies feeders can use during the summer months. They all start with monitoring conditions and having a plan to deal with the stress.

In addition to giving cattle additional water sources, Tarpoff said it helps to use sprinklers overnight to cool the pen floor. Shades, large mounds, and keeping weeds and hay bales out of the way to allow for breezes are all basic strategies but are effective.

"We can also change feeding strategies," he said. "The heat of digestion is real, it's a byproduct of fermentation. So, a lot of operations actually gave a heat stress ration where they feed more easily digestible foodstuffs. They might also change the timing of feeding."

Whatever contributed to this week's losses, Tarpoff said he knows animals at that stage had to be extremely high value, given their size at the time of loss.

"The most expensive animals we have on an operation are the ones that have been there the longest," he said. "We've provided them the most feed, yardage, health care and medications. We've invested the most in them. So, when you lose animals like that, it is quite costly to the operation."