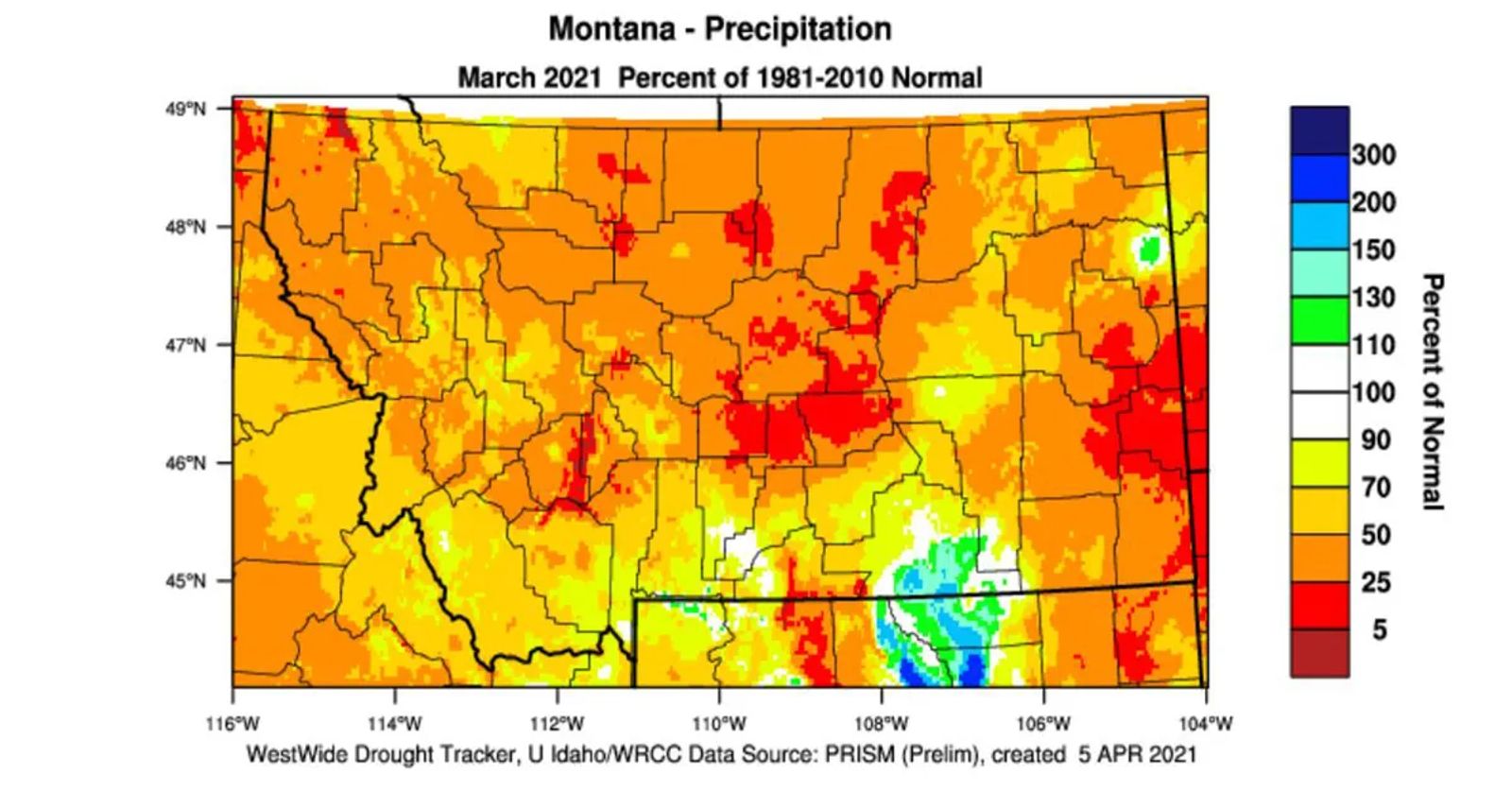 The Office of the Governor today released the 2021 Montana Water and Supply Drought Outlook Report.

“Following an unusually mild winter, the conditions we see for the next eight to ten weeks are going to be critical as we head into growing season in Montana,” Gov. Gianforte said. “I am tasking state agency directors to begin reviewing authorities and options to support our agricultural producers as some battle extreme drought conditions.”

According to the report, persistently dry conditions through the fall and much of the winter have created the deficit, especially at middle and lower elevations. As of April 15, 2021, mountain snowpack at high elevations has remained near or slightly below average in most basins, with the exception of southwest Montana, where the Upper Madison, Jefferson, and Ruby rivers are likely to see below-average flows this year. The report projects reservoir storage at state and federal projects to be near average.

If spring precipitation is below average, producers in eastern Montana may face challenges ensuring adequate water supply for livestock throughout the summer.

“We’re keeping a close watch on fuel conditions throughout the state as we continue our preparations for the 2021 fire season,” Kaster said.

The Water Supply and Drought Outlook is an annual report compiled by water planning staff at the Montana Department of Natural Resources and Conservation. See the 2021 report here.

Source: Office of the Governor