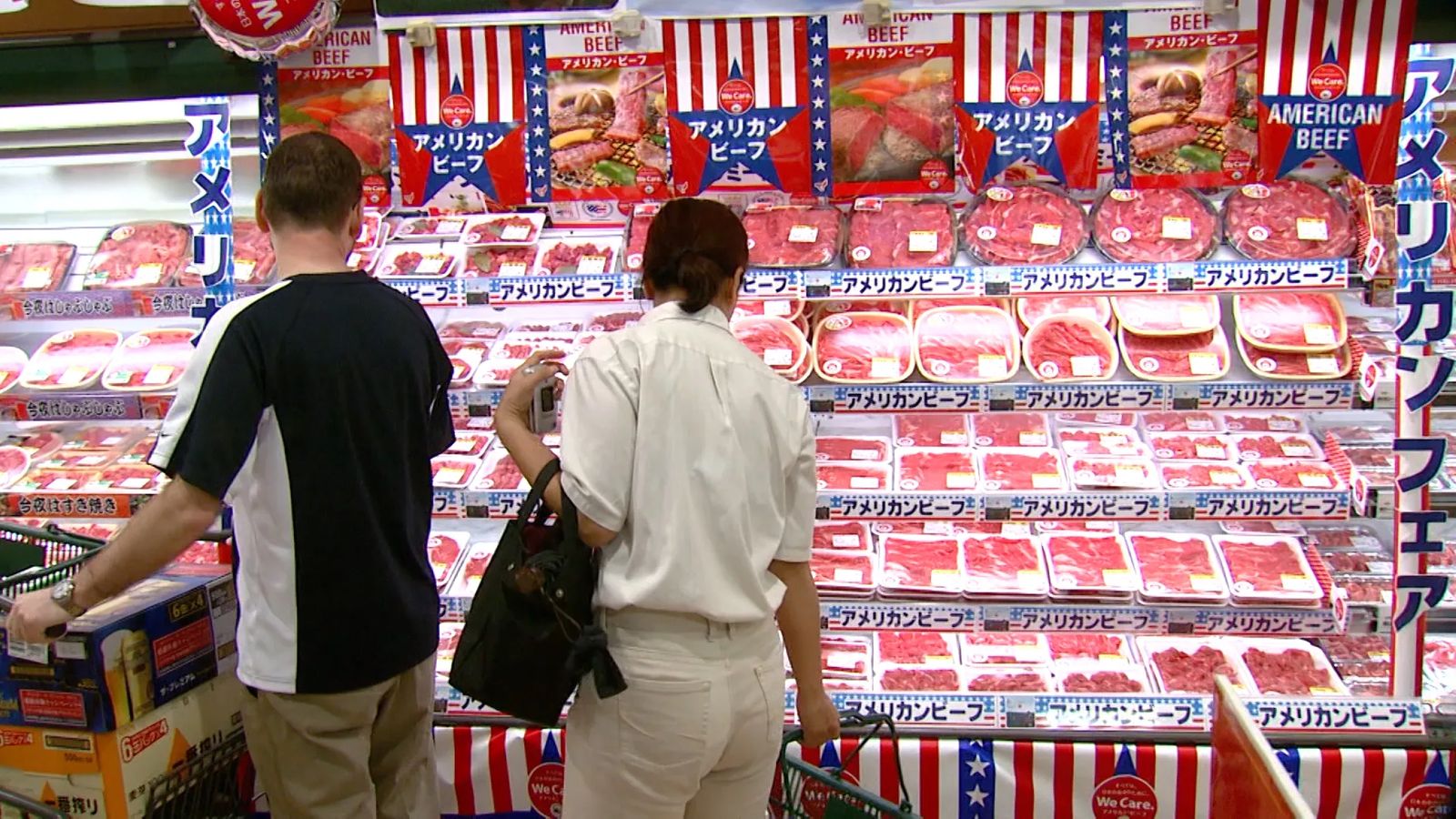 Despite Global Challenges, U.S. Pork and Beef Exports on Record Pace through February

U.S. pork exports posted the third largest month on record in February while U.S. beef exports also recorded double-digit gains from a year ago, according to data released by USDA and compiled by the U.S. Meat Export Federation (USMEF). Through February, exports of both pork and beef are on a record pace and account for a growing share of record-large U.S. production.

"By February, COVID-19 had emerged as a major health concern in several key Asian markets and was certainly impacting consumer and business activity, so it is great to see U.S. pork and beef exports achieve such strong growth," Halstrom said. "Obviously these are uncertain economic times and the road ahead remains very challenging, but these results are really a great testament to our international customer base. In the face of unprecedented obstacles, importers, retailers and restaurateurs are finding creative ways to meet consumer needs, and with record production the U.S. industry is well-positioned as a supplier. While we are in an unusual business climate that requires a lot of flexibility and innovation, there are excellent opportunities for red meat exports to continue to build momentum."

Pork exports to Japan totaled 35,262 mt in February, an increase of 23% year-over-year, while value climbed 28% to $145.8 million. Through February, exports increased 9% in volume (66,840 mt) and 12% in value ($278.4 million). Capitalizing on reduced duty rates, U.S. pork is regaining market share of Japan's imports of ground seasoned pork and chilled pork. Strong consumer demand for U.S. chilled pork at retail and for sausages produced from ground seasoned pork underpin this growth.

In Mexico, February exports climbed 16% to 61,693 mt, while value increased 43% to $107.6 million. January-February exports to Mexico increased 11% in volume (132,153 mt) and 41% in value ($242.3 million) from the same period last year, when most U.S. pork entering Mexico was saddled with a 20% retaliatory duty. Although weekly export data show March volumes to Mexico remained sharply higher year-over-year, the pace slowed from that seen in February, partly reflecting devaluation of the peso.

Other January-February highlights for U.S. pork exports include:

February beef exports to leading market Japan increased 24% from a year ago to 27,099 mt and climbed 20% in value to $171.4 million. Through February, exports exceeded last year's pace by 10% in volume (52,304 mt) and 7% in value ($329.5 million). With a level tariff playing field, U.S. beef is regaining chilled market share in Japan, boosted by Japan's strong retail demand. On April 1, the start of the Japanese fiscal year brought another reduction in tariff rates (to 25.8% for beef muscle cuts), and the Japanese yen remains relatively strong.

Demand for U.S. beef continued to build momentum in Korea, where February exports totaled 23,532 mt (up 33% from a year ago) valued at $167.7 million (up 32%). This pushed the two-month total 16% ahead of last year's record pace in volume (41,326 mt) and 14% higher in value ($298.4 million). U.S. beef is also gaining further market share in Korea, with strong retail demand and increased sales through e-commerce platforms.

Other January-February highlights for U.S. beef exports include: