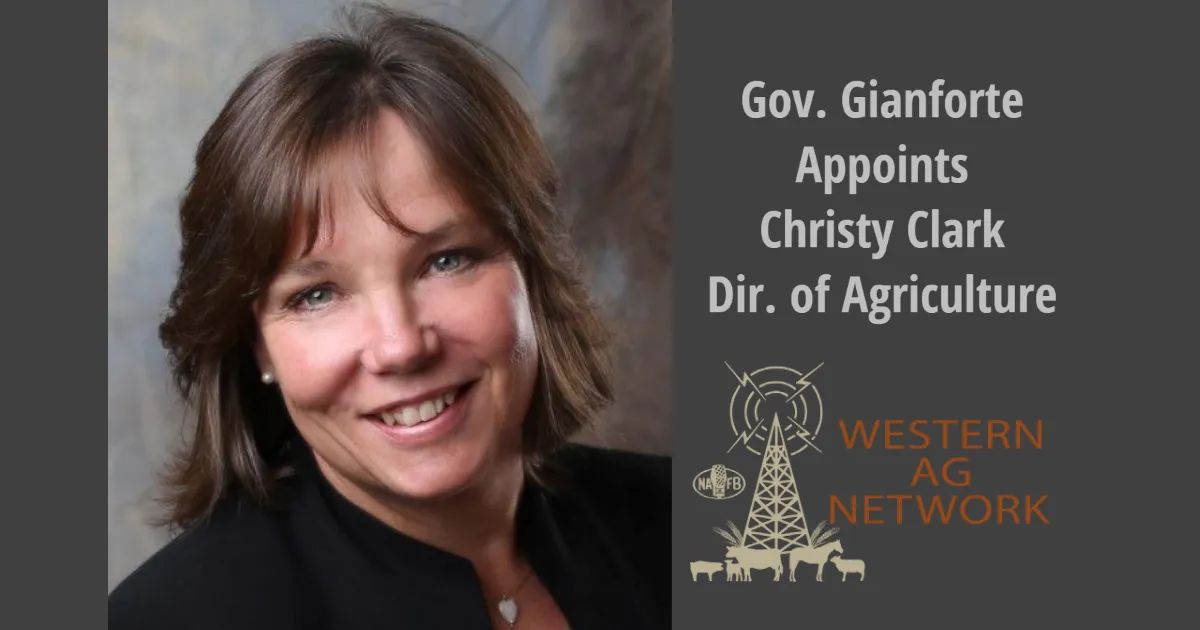 HELENA, Mont. – Governor Greg Gianforte today announced the appointment of Christy Clark as the director of the Montana Department of Agriculture.

“Montana producers work hard to feed the world, and today they have a partner and established advocate in Christy Clark as the director of the Montana Department of Ag,” Gov. Gianforte said. “A fifth-generation rancher, Christy understands the challenges and opportunities our producers face, and shares my commitment to strengthening and supporting our state’s number one industry.”

Since 2015, Clark has served Montana producers at the department in various roles, including deputy director, agricultural sciences administrator, and agricultural development and marketing bureau chief.

A Choteau native and fifth-generation rancher, Clark has promoted Montana’s high-quality ag products throughout the world and expanded value-added ag opportunities for Montana producers at the Department of Agriculture.

“I am honored to be a part of Governor Gianforte’s team and lead an agency serving our farmers, ranchers, and other ag-related industries. They are the lifeblood of our state,” Clark said. “Agriculture is my greatest passion, and I can’t help but feel like everything I’ve done in my life up until this point, both personally and professionally, has led me here.”

Cyndi Johnson, president of the Montana Farm Bureau Federation: “I’ve known Christy since our kids were little. She will be an incredible leader for the Montana Department of Agriculture, just as she is an incredible advocate for agriculture. She’s walked in our shoes, dealt with our issues, and shared our struggles. Christy understands agriculture from a very personal perspective and we are excited to continue working with her.”