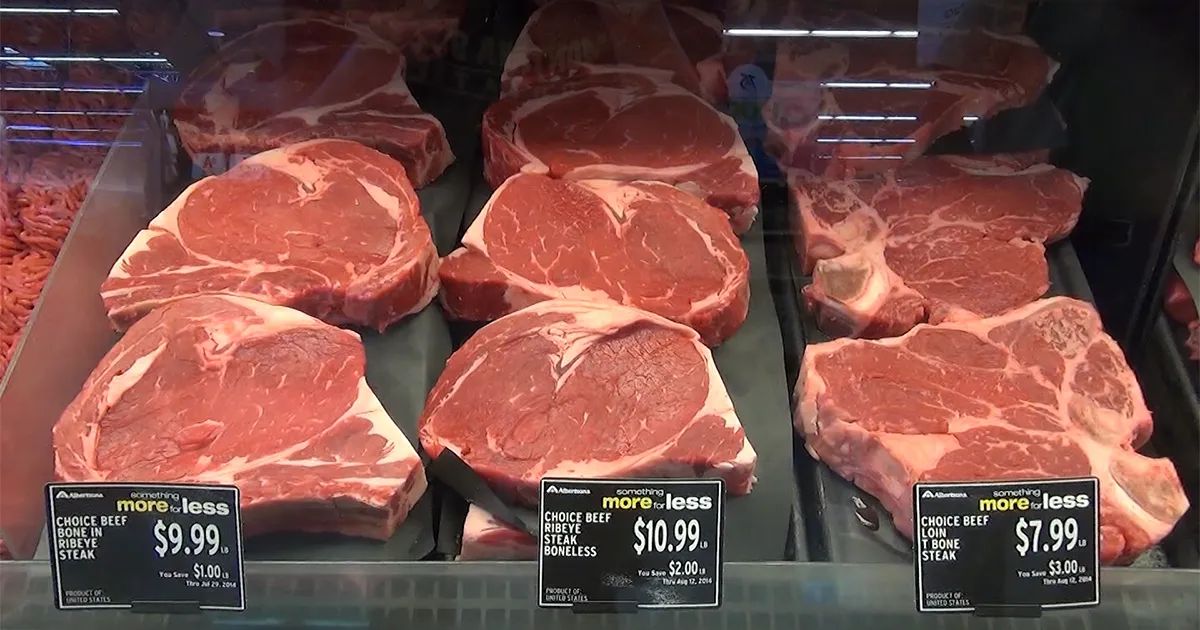 U.S. Sens. John Thune (R-S.D.), a longtime member of the Senate Agriculture Committee, Jon Tester (D-Mont.), Mike Rounds (R-S.D.), and Cory Booker (D-N.J.) have reintroduced the American Beef Labeling Act, legislation that would reinstate mandatory country of origin labeling (MCOOL) for beef. This legislation would require the U.S. Trade Representative (USTR), in consultation with the secretary of the U.S. Department of Agriculture, to develop a World Trade Organization-compliant means of reinstating MCOOL for beef within one year of enactment. USTR would have six months to develop a reinstatement plan followed by a six-month window to implement it. If USTR fails to reinstate MCOOL for beef within one year of enactment, it would automatically be reinstated for beef only.

“Transparency in labeling would benefit both producers and consumers,” said Thune. “Unfortunately, the current beef labeling system in this country allows imported beef that is neither born nor raised in the United States, but simply finished here, to be labeled as a product of the USA. This process is unfair to cattle producers and misleading for consumers. When you see a ‘product of the USA’ label on the grocery store shelf, it should mean just that.

“South Dakota cattle producers work tirelessly to produce some of the highest quality beef in the world,” continued Thune. “To ensure the viability of cattle ranching in this country, the system in which producers operate must be fair and transparent. As a long-time supporter of MCOOL, I am proud to lead this legislation, and I will continue fighting to get it signed into law.”

“If you go to the store to buy a cut of beef you shouldn’t have to guess where that meat was born, raised, slaughtered, and processed,” said Tester. “For years, the big packers have been misleading consumers with deceptive labeling that undercuts the Montana ranchers who produce the best beef in the world. Reinstating Mandatory Country of Origin Labeling will add transparency to the marketplace, giving Montana producers a fair shake for their premium beef. I look forward to working with my colleagues to get it done.”

“It’s time to restore MCOOL for beef once and for all,” said Rounds. “Consumers deserve to know where their beef is coming from. America produces some of the best beef in the world. Right now, beef imported from overseas does not undergo the same health and safety standards as the quality beef grown in the United States. This is wrong, and consumers and cattle producers deserve better. The four major packers have unfairly influenced this market for far too long, and we need a national campaign to see this across the finish line. This bipartisan legislation is an important step in restoring market integrity for both cattle producers and consumers. For those of us who support MCOOL for beef, this is just the start. The nine major cattle-producing states won’t get this done alone, which is why it is key that consumers help drive and carry this policy debate.”

“This bipartisan legislation will help Americans know exactly where their beef is coming from,” said Booker. “More transparency will enable consumers to support local family farmers and ranchers, and I look forward to working with Senator Thune and Senator Tester to get this bill quickly enacted into law.”

Last year, Thune and Tester penned an op-ed in Agri-Pulse highlighting their commitment to building bipartisan support for MCOOL ahead of the next farm bill.