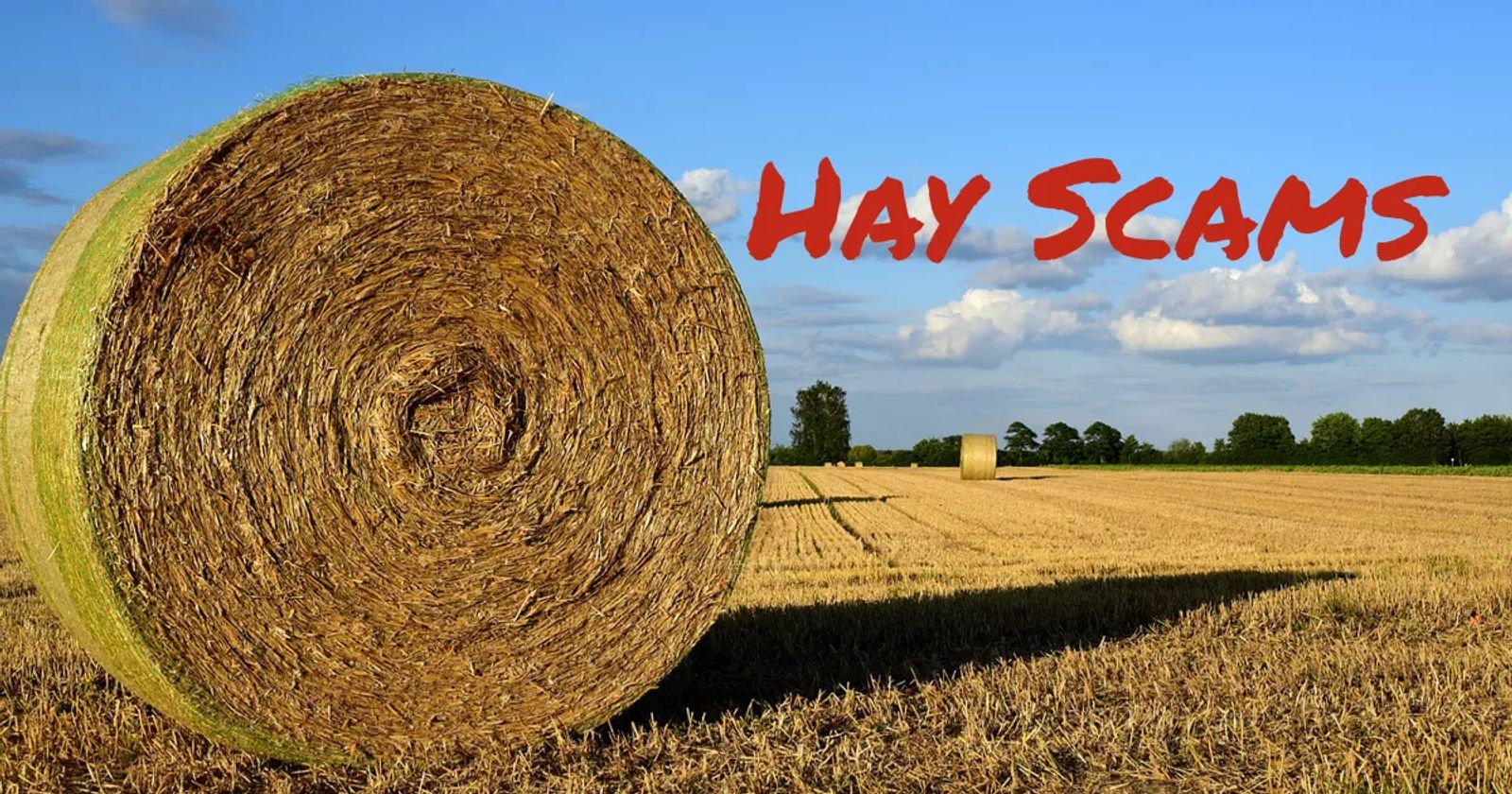 Some of the reports center around a hay broker who is on the government’s approved vendor list, or appears to be on the list, who is contracting hay, selling it to the BLM, and not paying the rancher who sold the hay. Reportedly getting away with over $90,000.

Until the theft has been proven this particular claim is hearsay and the name of the accused will not be released.

Other separate cases are popping up across the west as "buyers" scam hard working famers and ranchers.

Be cautious about buying from and selling to unknown sources. Verify sellers’ identities through other customers, business websites and reviews, or with local producers.

Don’t let yourself be swindled by someone who knows that regional drought creates a big hay market!