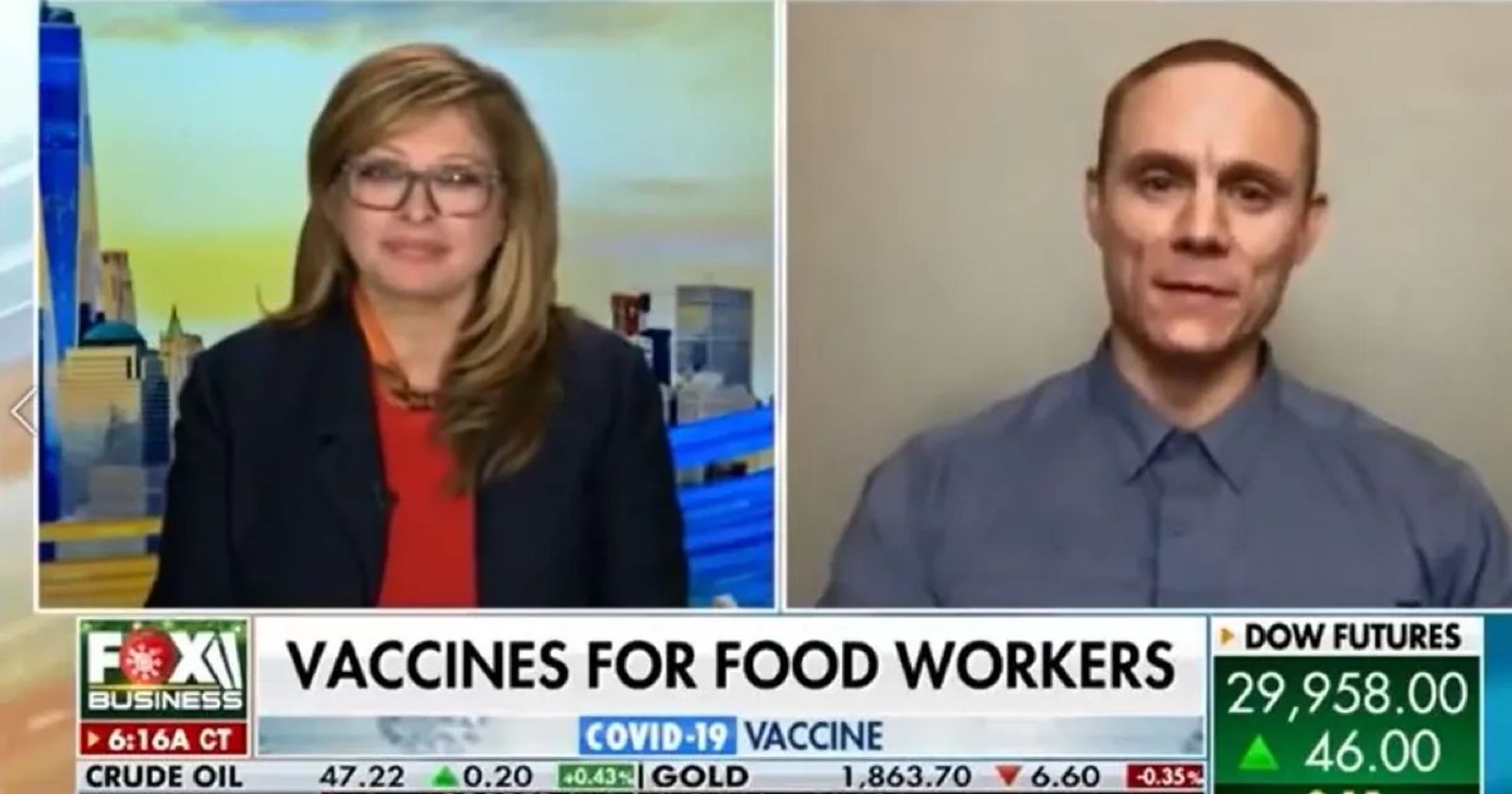 Last week, the head of an anti-meat extremist group posed as the CEO of a major pork producer during a national television interview with Fox Business host Maria Bartiromo.

On Wednesday, December 23rd, 2020, Bartiromo thought she was talking to Smithfield CEO Dennis Organ, while in reality she was being misled (as was her audience) by animal activist Matt Johnson of Direct Action Everywhere.

In the interview, Johnson discussed the steps that Smithfield Foods took to contain the spread of COVID-19 in meat processing. After saying he wants to offer “transparency and, at times, brutal honesty,” Johnson went on to blame animal agriculture for the appearance of new infectious diseases.

Johnson made false claims that the Centers for Disease Control had data showing that the livestock industry would “pose a serious threat in bringing on the next pandemic.”

Bartiromo at no time made an attempt to challenge Johnson on his false statements.

“Taking advantage of this black swan event to drive an anti-meat, anti-livestock agriculture agenda is reprehensible. These radical extremist groups who typically work shrouded in secrecy and false identities – frequently while breaking the law – are only able to propagate their false narrative by hoodwinking journalists and posing as credible sources. Meanwhile, despite enormous challenges this year, hundreds of thousands of committed farmers and others employed in the pork production industry remain dedicated to keeping Americans and consumers around the world supplied with affordable, nutritious protein.

“The COVID-19 pandemic has caused record numbers of Americans to be food insecure. U.S. pork producers are proud to help feed those in need and these extremist groups should be ashamed of their stunts. Apparently there is no low for their actions.”

Finally, at the conclusion of the broadcast, Maria Bartiromo acknowledged, “It appears that we have been punked.”