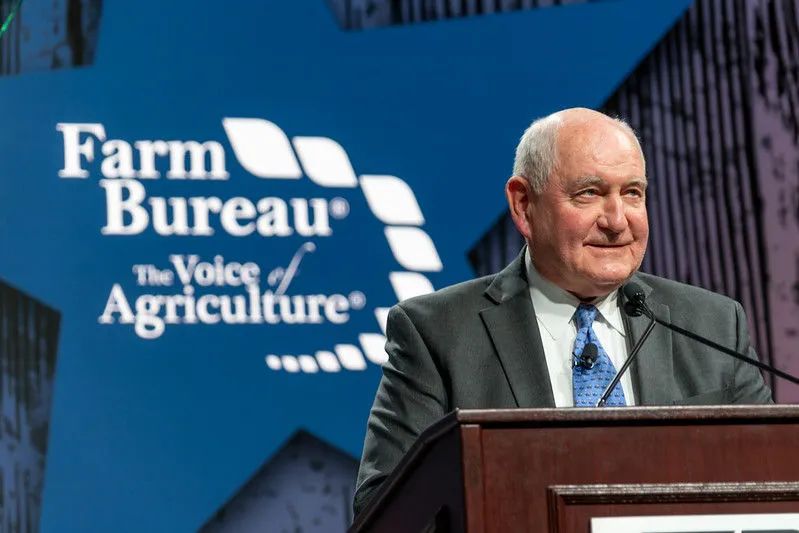 Anticipating that U.S. Agriculture Secretary Sonny Perdue will soon provide details of an aid package to farmers, rural lawmakers and others are stressing their agendas for funding.

Perdue told Fox Business News on Thursday that USDA expects to release a first phase of payments to producers "very soon." Perdue said the first round of aid payments would be in the range of $16 billion to $18 billion.

"There will be direct payments both to our specialty crops, both to our dairy, to our livestock -- cow-calf, hogs and others -- and commodities, as well, that have suffered from this. It's affected all of agriculture," Perdue said.

Perdue said USDA also will be buying as much as $3 billion in food productions such as pork, dairy, fruits and vegetables for aid programs. Perdue also told Fox Business the aid to agriculture would also be higher by the time summer hits.

USDA received $9.5 billion in the stimulus bill last month to use immediately. Another $14 billion boost to Commodity Credit Corp. funds will also become available at the end of June.

In multiple broadcast interviews Thursday, Perdue said there would be aid for commodity farmers. Regarding ethanol, Perdue talked about helping the export market, but he did not talk about providing direct aid to ethanol.

On a webinar Wednesday with a Democratic-leaning group, "Focus on Rural," Emily Skor, CEO of Growth Energy, highlighted that ethanol producers already came into COVID-19 under serious economic stress. The dramatic influx of oil refinery exemptions by EPA has eroded ethanol demand in recent years and was driving ethanol plants to close in 2019. Nearly 30 plants have shut down just since the beginning of March.

"We were really in pretty dire straits, and that's before we even faced the economic challenges of COVID-19," Skor said. "When you compound it with the fact that fuel demand right now is down 46% -- no surprise; we're not driving, we have shelter-in-place orders all over the country."

So ethanol demand is down, as well, driving down production. Ethanol production fell 43% from a year ago. Ethanol stockpiles are more than 1 billion gallons as well. Ethanol plants are losing an average of 37 cents a gallon right now.

"About half of the industry is offline right now," she said.

Over a full year, the ethanol volume that could be lost in 2020 alone could translate into 2.5 billion bushels of lost corn demand. Last week, USDA's monthly demand estimates lowered 2019-20 corn ethanol use by 375 million bushels.

"It's a pretty dire situation for the industry, and what we need is strong government leadership and government support," Skor said. "So we need USDA to be right there along with us, making sure you can support this critical sector so we can get through the worst of this crisis."

Skor also pointed out that 15 senators and 32 congressmen had written USDA asking the department to provide aid to the biofuels sector. The industry overall also has had conversations with USDA about aid as well.

"What we are aware of is USDA is receiving more requests for support and having more conversations than they believe they have funds available," Skor said.

A lot of ethanol plants have been applying for the SBA loan programs, but Skor said she does not know how many were able to get those loans before the funding ran out. SBA announced Thursday the Paycheck Protection Program had tapped out its $349 billion available funds.

"Nearly every plant that could qualify tried to reach out to get funds," Skor said. "I haven't heard back too much from the plants to get confirmation if they were able to get funds." Skor added not every ethanol company was eligible for the program.

The SBA program became frustrating for farmers applying for their own aid, said Rob Larew, president of the National Farmers Union. While farmers had been deemed eligible for the Paycheck Protection Program, Larew said, "The mixed messages coming out of the administration really made it unavailable to the vast majority of eligible farms to take advantage of it."

USDA worked to clarify eligibility, but regional SBA officials continued to maintain farmers were not eligible. Then, there was a question about using a Schedule F to verify finances that was not answered until Thursday morning, Larew said.

"That was apparently clarified only this morning as the funds are gone," Larew said.

Larew and others said there is a lot of anticipation about what USDA will provide in terms of aid because multiple sectors of agriculture had been struggling even before COVID-19 hit.

"Coming on the heels of some really tough past years, farmers are really stretched to the brink across all commodities and livestock," Larew said.

Former Agriculture Secretary Tom Vilsack noted USDA shouldn't have to just limit its support to the volume of dollars in the aid package. The former secretary said there are authorizations within USDA's normal budget that could further boost aid through areas such as Rural Development.

"The key here is to be creative," Vilsack said.

Patty Judge, a former Iowa lieutenant governor, called out President Donald Trump for meeting with oil executives on a potential bailout, but not meeting with biofuel executives.

"If we are going to provide direct aid to oil and gas, we must do the same thing for ethanol," Judge said. She added, "It is critical that the biofuels industry be allowed to be at the table and that they are included in whatever assistance is being offered other industries across the country."

Reports out of Washington, D.C., suggest the White House is looking at a policy of helping the oil industry by paying petroleum producers to limit oil production

Vilsack said one way the federal government can help ethanol producers would be to continue buying biofuels for the federal vehicle fleet.

"There's no reason why many of those vehicles could [not] be and should [not] be using biofuels," Vilsack said.

Another possibility Vilsack suggested would be to use Commodity Credit Corp. funds to help offset the costs of production and processing of ethanol. Vilsack noted he used a similar strategy at USDA to help cotton gin producers. Vilsack said USDA needs to find creative ways to help industry right now.

"The point is this is an unprecedented circumstance," Vilsack said.

Regarding the dairy industry, Vilsack called on USDA to reopen the Dairy Margin Coverage program to farmers who had declined to enroll in the program. There was some skepticism among dairy farmers before COVID-19 hit over whether the DMC would provide value to producers, so enrollment was not as high as initially expected.