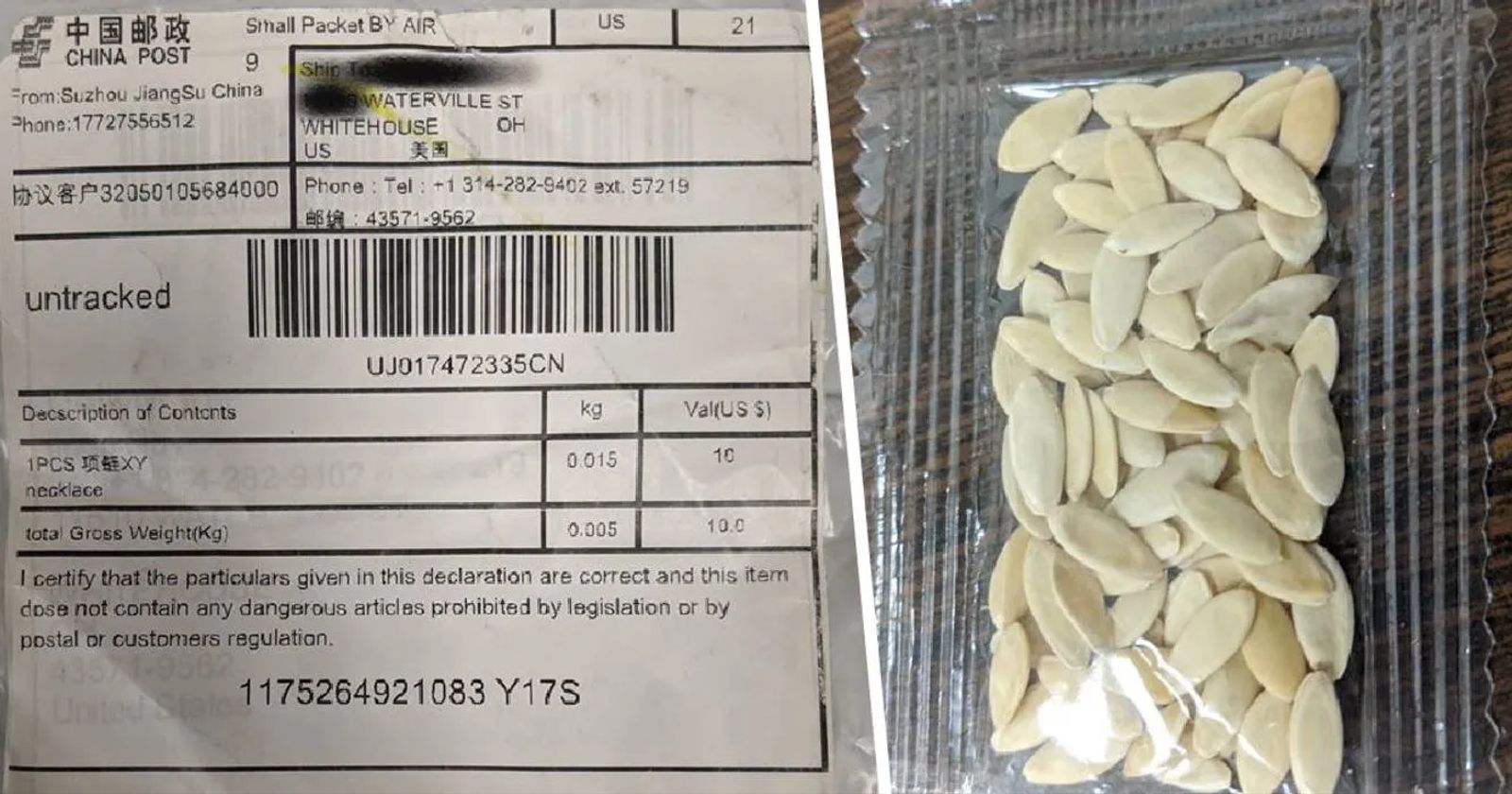 US Postal Service Is Urged to Stop Delivering Mysterious Seeds

State agriculture officials are urging the U.S. Postal Service to stop delivering the mysterious seed packages that have been arriving in mailboxes across the country, mailings that federal officials believe are coming from China.

Agriculture officials from several states have pressed the federal government to halt deliveries of packages that may contain the seeds, as states continue to be inundated by reports from people across the U.S. who have received them. Officials are concerned the seeds could introduce weeds, pests or diseases that could harm U.S. agriculture.

The U.S. Department of Agriculture said last week it had identified 14 species of seeds, from mustard and morning glory to cabbage, rosemary and roses. As of late Wednesday, there was no indication the seeds carry pests or diseases, according to the USDA. Several states say they have identified seeds of weed species that could pose a threat to crops and native plants.

"We are working closely with [U.S. Customs and Border Protection] to intercept illegally imported seed packages," a USDA spokesperson said in a statement. "We're also working with other federal authorities, the U.S. Postal Service, express carriers, and online marketplaces to stop future deliveries."

USDA and e-commerce representatives had a productive call on Friday, according to the spokesperson

The Postal Inspection Service, the law-enforcement arm of the USPS, said it is aware of the recent seed mailings and is in consultation with federal, state and local officials. A spokesperson for the USPS said employees at international mail facilities have been instructed to notify authorities if they notice any suspicious packages.

A Customs and Border Protection spokesperson said last week the agency was working "to target, detect, intercept, and thereby prevent the entry of these potential threats."

Agricultural officials in Mississippi and Minnesota said they had asked the USPS whether the agency could identify and intercept seed packages before they are delivered to homes.

"Our whole goal would be to prevent the seeds from being delivered," said Phil Wilson, director of the plant-industry division at North Carolina's Department of Agriculture & Consumer Services. "We're still getting calls on top of calls and you don't know how much is in the pipeline."

Mr. Wilson said as of Monday his department had received more than 900 reports, and that he has also pushed for the USPS to stem the flow of unsolicited seed deliveries.

Blayne Arthur, Oklahoma's secretary of agriculture, said there is a difficult balance to strike between protecting U.S. agriculture and respecting Americans' personal property rights and privacy. Sid Miller, Texas' agriculture commissioner, said it could be difficult to identify and catch all of the suspect seed packages since many have been labeled as containing jewelry or other contents.

Since late July, hundreds of people across at least 22 states and other countries have received in the mail unsolicited packages containing seeds, mostly postmarked from China, but also from other countries. Many have contacted local agricultural officials, who are urging people not to open or handle the seeds, and to turn them in for analysis. A few people have planted them, according to state agricultural departments.

A state agriculture official said the federal government is investigating whether the seed packages originated from a single source, and whether the return address labels are accurate. Some officials briefed by the USDA on Monday said the investigation points to China, despite packages that appear to have been sent from other places in addition to China, including Uzbekistan, Kyrgyzstan, the Solomon Islands, the United Arab Emirates and Iran.

"We have not identified the source of the seed packages, but they appear to be coming from China," a USDA spokesperson said.

China's Foreign Ministry said last week that mailing labels on the seed packages were forged and that the country had asked the U.S. to send the packages to China for investigation. The ministry this week had no immediate comment.

The USDA has said it has no evidence the packages are anything other than a "brushing scam," in which vendors selling through online retailers like Amazon.com Inc. pay "brushers" to place orders for their products, with packages with low-value or no contents being shipped to strangers. Brushers then pose as the buyers and post fake customer reviews to boost the vendor's sales.

Over the last decade, online marketplaces like Amazon and others have signed up Chinese manufacturers and merchants that sell products directly to Americans. Some e-commerce sellers and experts have linked these sellers to dubious sales tactics, like brushing schemes, on the platforms.

Amazon reiterated Monday its view that the seed packages appear to be delayed packages due to Covid-19.

The company, however, is still investigating any connection the platform may have to the packages and whether brushing is involved, a person familiar with the matter said. Amazon has been in contact with the USDA to resolve the matter.

The USDA said brushing scams involving seed packets in international mail shipments are not uncommon. Customs and Border Protection has intercepted similar seed shipments in recent years, according to the USDA.

Some state agricultural officials said they were skeptical. "It doesn't look like the type of thing that's a simple brushing scam," said Andy Gipson, Mississippi's agriculture commissioner. "Someone is expending huge sums of money to get these seeds in some cases to very remote locations throughout the United States."

The USDA said it hasn't identified any link to agroterrorism, though the situation is evolving and it is evaluating every possibility.

Seed recipients seem to be people who recently purchased goods online, the USDA said, adding that consumers who received unsolicited seed packages may want to change their passwords on e-commerce sites and contact the companies if they are concerned their accounts were compromised.

The USDA is routing seeds it has collected from across the U.S. to the agency's botanists to determine their species. Its preliminary analysis of seeds has identified a mix of ornamental, fruit and vegetable, herb and weed species.

"A lot of us are still shaking our heads trying to figure out the pieces of the puzzle," said Ms. Arthur. "We know we don't have them all together yet."