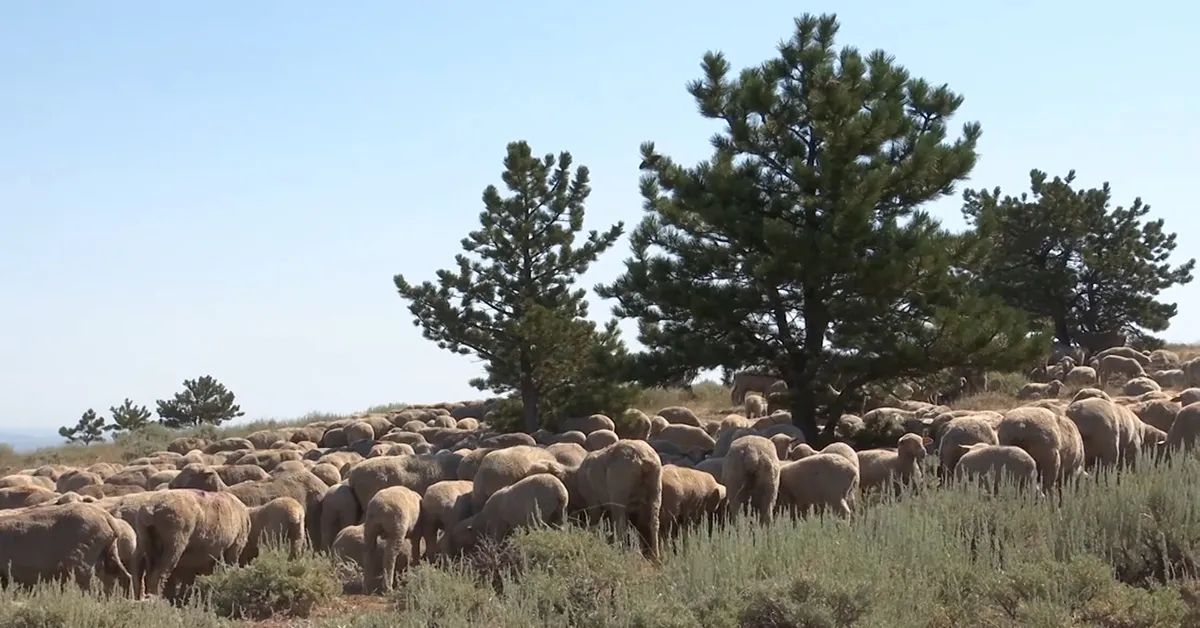 Climate change has become a global priority and the U.S. sheep industry has an important story to tell about animal agriculture’s carbon footprint.

“In my opinion, we should really take an honest role in reducing our footprint on the environment while producing the food we produce and do a much better job communicating with the public at large,” said UC Davis Air Quality Specialist Professor Dr. Frank Mitleohner. “Especially the younger generation who want to know where the food comes from.”

Over the years, environmental concerns about livestock production have gained traction and that’s why sheep producers like the American Sheep Industry Association (ASI) president Susan Schultz say it’s so important to tell their story.

“We have to change the narrative because we can do things like targeted grazing and managed grazing,” said Schultz. “We have the ability with our sheep to just do wonderful things for the soil. But we're not telling that story and we have to get better at it.”

“Oftentimes, agriculture is portrayed as a net source of greenhouse gases, only leading to climate change,” said Mitleohner. “But what's really interesting is that one greenhouse gas so-called methane can be an important avenue for solutions. If you manage to either keep methane stable or even better reduce methane, then you're actually pulling carbon out of the air. And when you reduce carbon, when you reduce methane, you reduce warming. You induce what's called negative warming, that's cooling. So, if we reduce methane by 10, 20, 30 percent, we're actively pulling carbon from the atmosphere much as if we were to plant forests that do the same during photosynthesis. And that is where I want the agricultural sector to go. To find their role and understand their role and be part of the solution.”

Along with the work ASI is doing, the American Lamb Board is also working with Michigan State University to evaluate the environmental footprint of the U.S. sheep industry in order to have accurate and robust data to contribute to this important issue.

The initial focus of the study defines a comprehensive model of greenhouse gas emissions for the diverse array of American sheep production systems such as range, farm flock, pasture, intensive and feedlot. A blueprint for producer education strategies to address these priorities will wrap up the project.