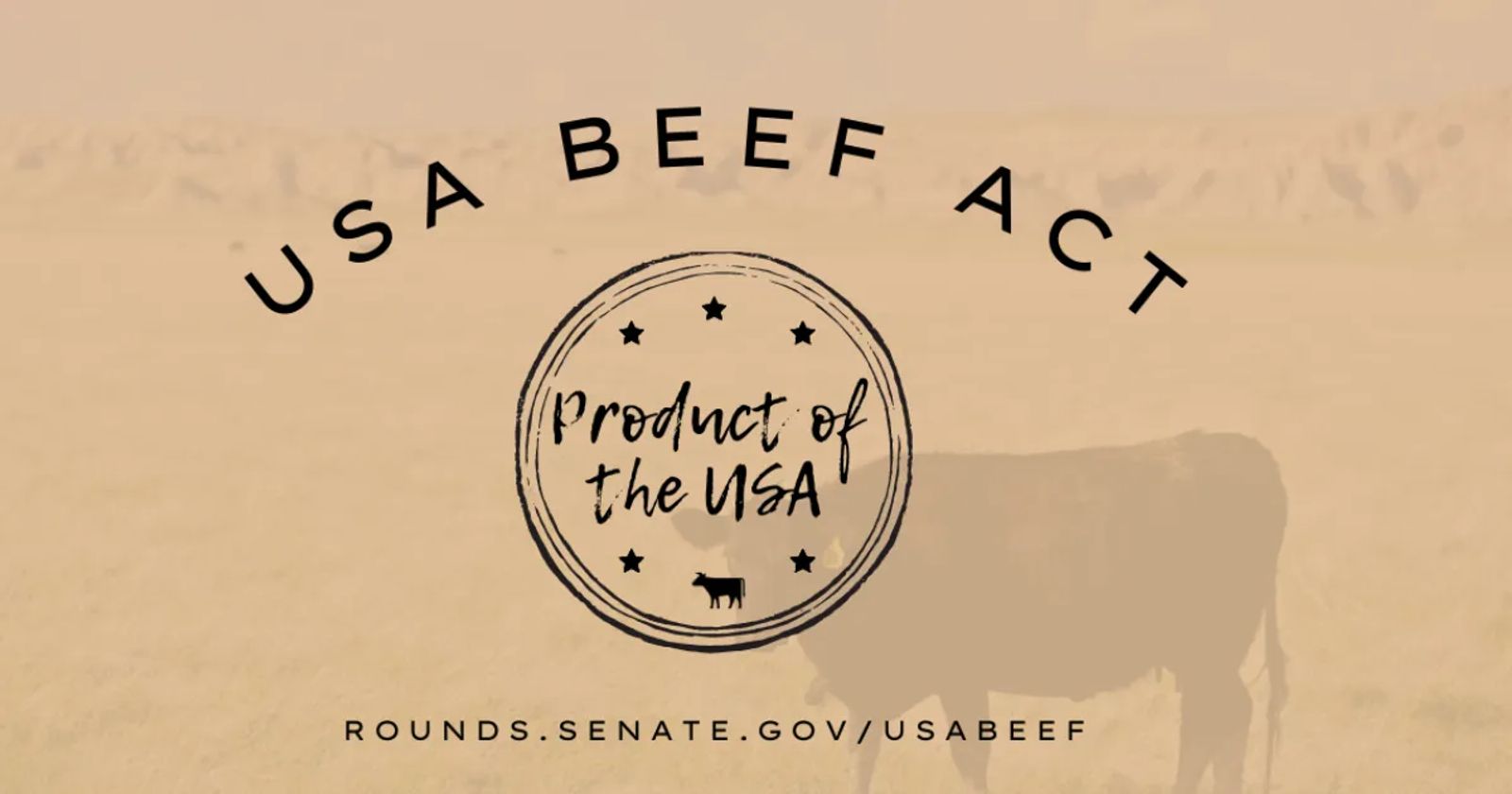 WASHINGTON –U.S. Senator Mike Rounds (R-S.D.) and a bipartisan group of his colleagues announced the introduction of the USA Beef Act. This Rounds-led bill limits the use of the “Product of USA” label only to beef products that are born, raised and slaughtered in the United States. Current United States Department of Agriculture (USDA) rules allow for foreign beef raised in other countries to receive this label. This bill outlaws this current practice and restores integrity to a currently misleading, but ultimately valuable tool for consumers and cattle producers.

“It’s pretty simple – only beef born, raised and slaughtered in the United States should receive the ‘Product of USA’ label,” said Rounds. “As I continue to work with my colleagues on re-establishing mandatory country of origin labeling, we must fix the current labels to protect consumers and producers. For far too long, South Dakota producers have suffered as their high-quality, American-raised beef has lost value as it’s mixed with foreign beef, raised and processed under different standards. This is wrong. Consumers deserve to know where their beef comes from and accurate, transparent labeling supports American farmers and ranchers. It’s long past time we fix this once and for all.”

“South Dakota cattle ranchers work hard to produce some of the highest quality beef in the world, and they deserve to proudly showcase their products with accurate labeling,” said Thune. “I’m proud of this straightforward legislation that will ensure that consumers know they are getting their beef from cattle that were born right here in the U.S.A.”

“American ranchers deserve a fair shake. Allowing multinational companies to utilize the ‘Product of USA’ label while importing foreign meat is both deceiving to the consumer and a hindrance to American producers. This legislation offers a common-sense solution to the benefit of both American ranchers and consumers,” Representative Rosendale said.

“Proud to cosponsor this important bill that will promote fair competition for American producers. It’ll ensure that beef labeled “Product of USA” is actually raised in the United States. Multinational companies will no longer be able to pass off imported meat as American and consumers can be confident their dollars are staying in their community,” Congressman Khanna said.

At the urging of Senator Rounds and hundreds of ranchers in South Dakota and around the country, USDA announced in July a full-scale review of the Product of USA label. In conjunction with USDA’s announcement, the Federal Trade Commission finalized a rule tightening the use of the “Made in the USA” label. The rule does not require specific actions be taken regarding beef labeling.

Since he was elected to the Senate, Sen. Rounds has led numerous efforts to provide solutions to the problems faced by independent cattle producers and beef consumers. Most recently, he: