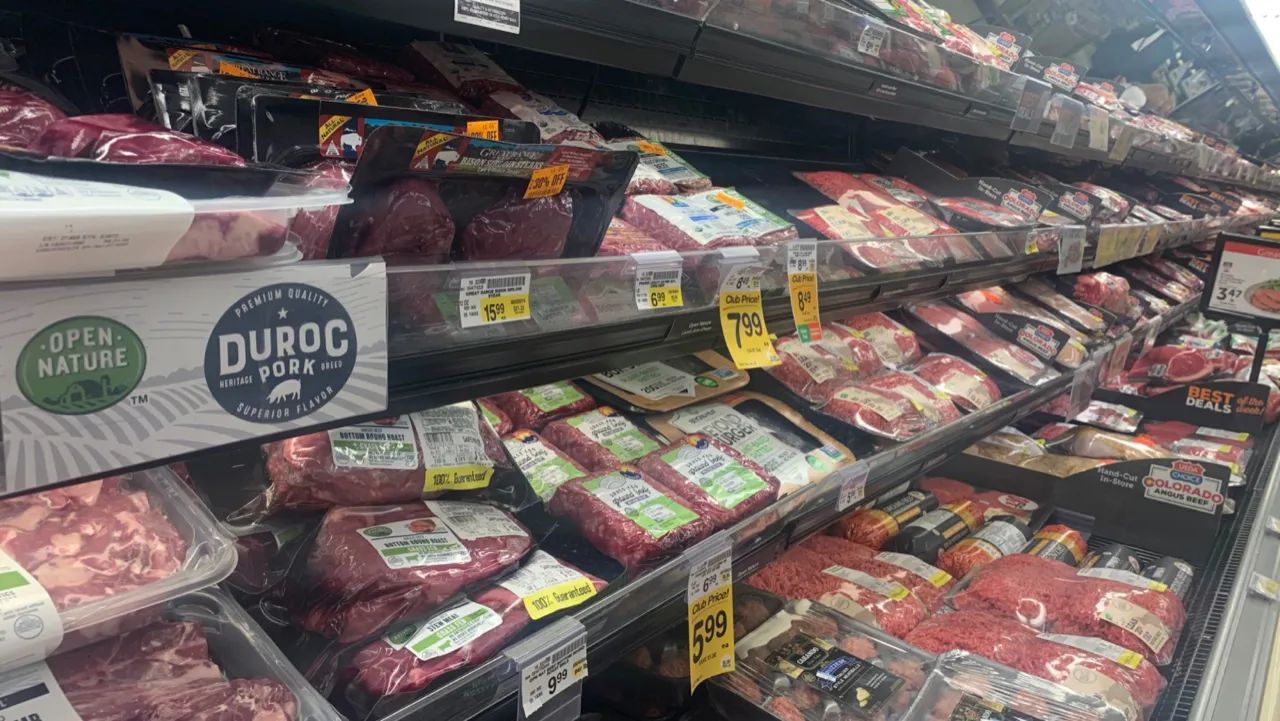 The Senate Subcommittee on Competition Policy, Antitrust, and Consumer Rights hosted a hearing on a proposed merger between the nation’s two largest grocery store chains, Albertsons and Krogers on Nov. 29, 2022.

While the two chains are considered the largest in the actual grocery industry, the Kroger’s CEO Rodney McMullen testified that his company is the fourth largest in total revenue, behind Wal-mart, Amazon and Costco. He if the merger is allowed, the company would remain at number four in size.

Subcommittee Chair Senator Amy Klobuchar (D-Minnesota), who is a known advocate of anti-trust efforts, emphasized the importance of competition, especially in an industry like the grocery business which is crucial to Americans’ health and well being.

“I think everyone knows competition policy is an important priority for me. Over the last decade, the grocery industry has become increasingly consolidated with the top four chains now making up more than two-thirds of all grocery sales,” she said.

The lack of competition translates to higher prices and lower quality, she said.

“Yet this proposed merger worth over $24 billion combines the two largest grocery store chains in the country,” she added.

“Food prices have been rising for many reasons and too many Americans are struggling to put affordable, nutritious food on the table…One-third of grocery stores have closed in the last 25 years, leaving ten percent of Americans in areas that lack easy access to healthy food,” she said.

These and many other Americans sometimes have to resort to gas stations, fast food joints, dollar stores or other options for their food needs. “This is not the same as a grocery store. This has implications on our health and safety, especially for the American children who don’t have enough to eat,” she said.

Both Klobuchar and Lee explained that, in 2015, Albertson’s was approved by the Federal Trade Commission to merge with Safeway. A caveat of the approved merger was that 168 stores would be sold.

“The FTC official who signed off on that divestiture now runs the anti-trust practice at the law firm representing Kroger in it’s purchase of Albertsons,” said Lee.

“Hollywood couldn’t write a more cynical plot if it tried. Yet they assure us this is the merger that will make everything better.”

“They’ve announced $2.8 in investments, they’ve promised a $4 billion payoff to their shareholders, their press release hints at other motives like increased data collection, advertising and a greater focus on ESG (the new Environmental, social, and governance standards requiring greater oversight and reporting of greenhouse gas emissions). Do Americans really need a grocery store that collects more of their personal information and push their woke agenda?” He said his Utah constituents certainly don’t.

Lee complained that the two CEOs had “declined to provide substantive answers” and promised that they would during the testimony.

McMullen testified that times have changed, and with them grocery buying habits.

“When we discuss competition, we look at where customers are shopping for food and eating. Our customers buy at Wal-mart, restaurants, Costco, Trader Joe’s, Aldi, Dollar General, and many other options,” he said.

“Every competitor I just named is non-union,” he added.

His company operates on razor thin margins and the merger would give them the ability better compete. “The merger would give us the flexibility, national footprint, and digital capabilities to compete more effectively. Our commitment is fresh, affordable food for everyone,” the Kroger’s CEO said.

“Our fundamental business model is built around lower prices to attract more customers.”

He explained a variety of investments they planned to make including $500 million dollars in the Albertson’s stores. $1 billion to secure union jobs, and more. He said they will not close any stores, distribution centers or manufacturing facilities or lay off front line workers as the result of the merger.

Senator Lee questioned how the company would be held to its promises.

Michael Needler, the CEO of a 100-store grocery store chain called Fresh Encounter, Inc., and also the president of the National Grocers’ Association testified that consolidation has created difficulties for independent grocers, even though he himself initiated a large purchase in his own company.

“When I took over the leadership of our business, I had about 25 stores. We had margin pressures and eroding sales. The only way to survive, I decided, was to scale up. I took a big risk. We doubled and tripled our business with the purchase of other struggling companies.”

Needler said he’s not opposed to enterprising growth and he’s “agnostic” about the proposed merger. He is concerned about enforcement of competition laws, however.

“If guard rails are not in place, competition, and thus consumers, could be harmed,” he said.

“Our view is this: America’s grocery sector is getting less competitive from increasing concentration and unchecked buyer power due to lack of enforcement of the Robinson-Patman Act. On a daily basis, dominant retail chains force suppliers to choose from a level playing field and discrimination against independent grocers who have no legal recourse.”

Needlers said that grocery “power buyers” entrenched their dominance in the pandemic era as supply chains broke down and inflation took hold.

“In the early part of the pandemic, independent grocers like me struggled to stock must-have products. Meanwhile the largest national chains demanded on time, complete orders by threatening suppliers with steep penalties,” he said.

As inflation increased, wholesale prices to independent grocers were sometimes higher than those to other grocers

“In the midst of this disruption the news of Kroger-Albertsons merger was not surprising to me… it can be boiled down to two words – buyer power.”

Needler explained that mega corporations like Amazon engage in predatory pricing practices which forces discrimination against its competitors.

“Countless grocers have been put out of business in areas we now consider food deserts through successful predatory pricing campaigns,” he said.

“Let me say it again…we’re not afraid to compete against anyone no matter how big, but what we do oppose is the lack of constraints on buyer power which thwarts our ability to compete on price,” he said.

The Robinson-Patman Act of 1936 meant to prohibit economic discrimination against independent businesses is not being enforced, he said.

The law is meant to prohibit economic discrimination against independent businesses.

“Those laws are still on the books but the FTC and DOJ have not brought any case in over 20 years. This failure is especially evident across rural American towns that have lost grocery stores. It’s time to dust off these tools, protect the free market, our food supply, and the American consumer. The RPA must be enforced or revived,” he said.

Should the merger be approved, Congress and the FTC must learn from the failure of Safeway and Albertsons merger, he said.

“Local operators should be allowed to buy divested assets,” he believes.

“I don’t see less competition going forward,” said the Kroger’s CEO. “It’s easy for a customer to take a right turn or a left turn. We will continue to invest in pricing…we’ll also invest in service and fresh product,” he said.

“It is important for Congress to start looking at these mergers and all this consolidation. We are seeing in a bigger light and realize these are going to be bumping up against our consumers every single day, and if we just say ‘oh this is too hard,’ or ‘oh someone lobbied against this,’ we are not going to be doing the job that those before us did. Whether it was changing the laws way back with Democratic and Republican support for Clayton act or Sherman Act…or work that was done with the AT&T breakup,” she said.

“Let this be a warning sign of what’s to come if we keep burying our head in the sand.”