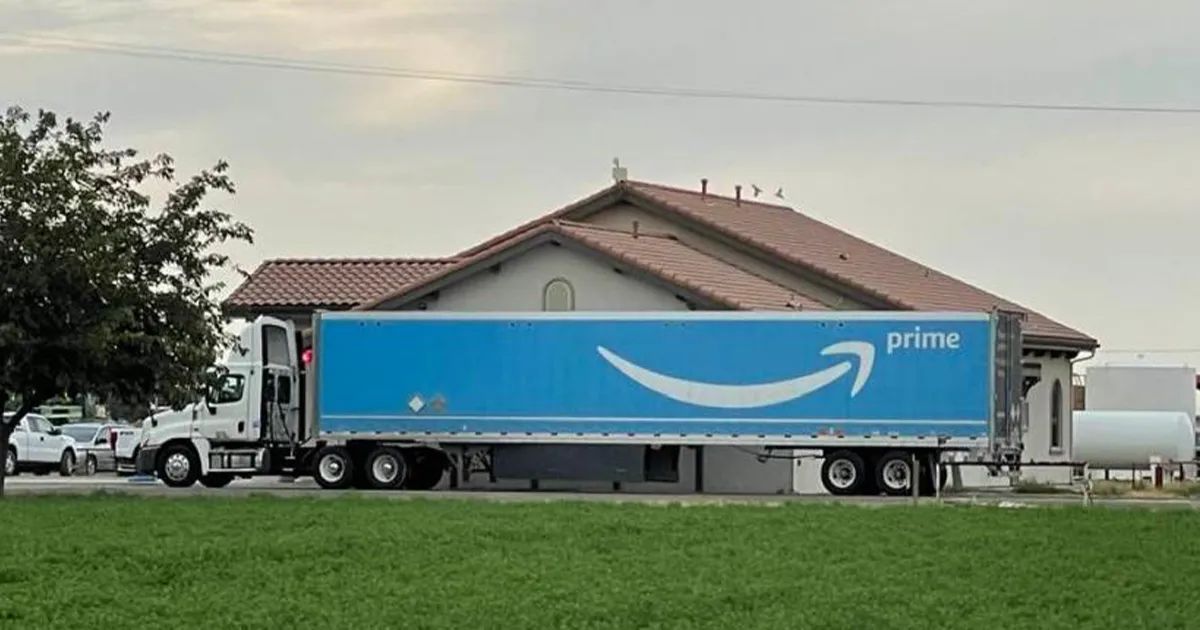 According to EarthWeb, Amazon reports that its Prime version had more than 200 million members in 22 countries in April 2021. From accessories to clothing to toiletries, households can get just about anything with one click through their Amazon app.

Amazon worked with a dispatcher who then was able to fill the truck with Maddox’s milk cow alfalfa hay. Although, the load of hay didn’t qualify for free shipping.

“Amazon Prime back hauled 21 tons of hay from our hay ranch to our dairy,” Maddox shares. “The cost of shipping was $1,250.”

He says his hay trucking cost is down from its peak in December 2021, at around $2,000, but up considerably from 8 years ago.

Maddox Dairy milks 4,000 cows, with an equal number of heifers, and farms 1,600 acres of almonds and 3,00 acres of wine grapes, as well as cropland to supply feed for their cattle.

According to Maddox, Amazon Prime has many orders heading east but lacks loads coming west.

Delivered in a straight truck, Maddox says they use a forklift and a ramp to underload the 1,400 lb. bales.

“We have 2,500 tons of hay that will get moved from Utah to California,” Maddox says. “That is 120 loads that are trucked from June to the first part of November. Sometimes we will store the hay in Utah and move it west when we need it.”

Amazon is known for its quick deliveries and when the big semi-truck showed up, Maddox didn’t question what his wife had ordered and realized there are many benefits to holding a Prime membership.

"They look to backhaul," he shares.