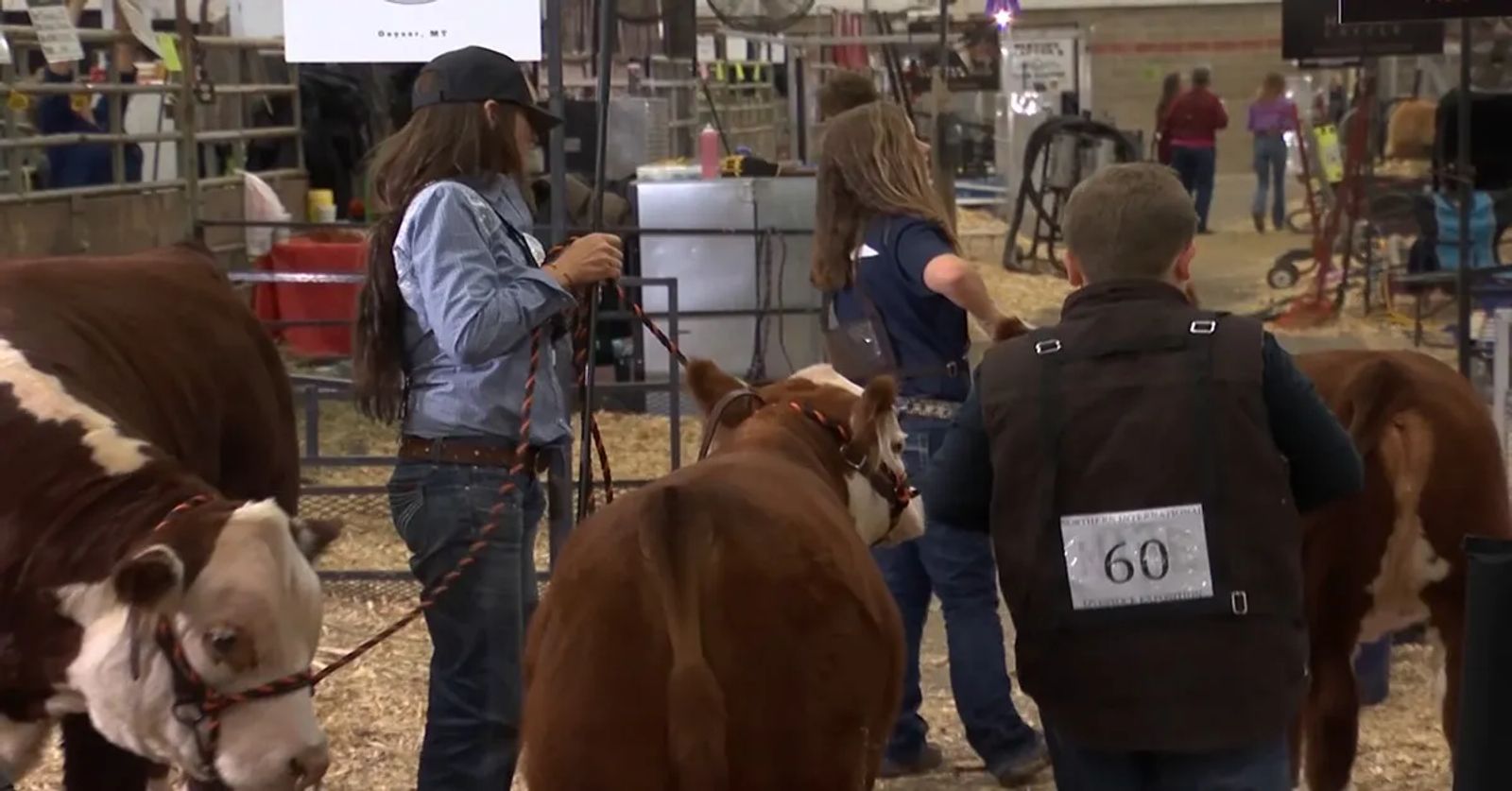 The NILE Foundation proudly announces the Scholarship winners for the 2021-2022 academic year.

"NILE Foundation has generously offered over $30,000 to help support this year's scholarship winners, interns, and rolling scholarship winners from previous years," says Al McCormick, NILE Scholarship Committee Chairman. "70 total applicants from seven states across the northwest corridor submitted applications for this years awards. These students are all attending or plan to attend universities, junior colleges and trade schools across the United States."

The NILE Foundation takes pride in being able to assist youth in agriculture, even during the challenging current circumstances. In a unanimous vote from the NILE Foundation Board of Directors, the group once again pledged over $30,000 to this year's award winners, despite not hosting an annual fundraiser. NILE General Manager Jennifer Boka states, “The future of Agriculture depends on our efforts today. Directing support, encouragement, and opportunity via scholarships to youth is an essential task that NILE takes on with great pride. Farmers and Ranchers feed the world and we need to cultivate the younger generation into the agriculturists of tomorrow. Each and every youngster that we can offer a step up to will be essential in feeding the world long into the future!” Nineteen new recipients were awarded scholarships and nine rolling scholarships were renewed.

Since 1990, the NILE and NILE Foundation has awarded over $1,300,000 in cash and 'live animal' scholarships to deserving youth active in 4-H, FFA, and their communities. The following recipients excelled in the classroom while participating in NILE events.

Similar to 2020, scholarships were awarded on various levels described below:

Eight one-time scholarships have been awarded to the following seniors in high school in the amount of $1,000:

Skyler David is the daughter of Jonathan & Carrie David of Miles City, MT. She is currently a student at Custer County District High School, where she will graduate in May. Skyler plans to attend Northwest College in Powell, Wyoming to study Animal Science with a proposed career in Animal Pharmacology.

Cody will be attending Montana State University in Bozeman, MT were he plans to study Pre-Veterinary Science. Cody's future plans include attending Veterinary School and becoming a large animal Veterinarian. In May, Cody will graduate from Huntley Project High School. Cody is the son of Clint & Cheri Johannes of Worden, MT.

Peighton is the daughter of Mitch & Erin Kendrick of Otis, Colorado. After graduation from Otis Jr/Sr High School, she plans to attend Northeastern Junior College to participate on the Livestock Judging Team and study Agribusiness and Journalism. Peighton plans to become an Attorney for the child foster care system and an Ag Journalist.

Asha Malcolm plans to attend Montana State University - Bozeman where she plans to study Microbiology and Pre-Veterinary Science. Her future plans include becoming a Veterinarian specializing in Reproductive Health. Asha is the daughter of Will & Sabrina Malcolm of Livingston, MT.

Jonna McCullough is a soon-to-be-graduate of Geraldine High School. She is the daughter of Jack & Laurie McCullough of Geraldine, Montana. Jonna plans to attend Casper College to study Elementary Education with hopes of obtaining a teaching position in a rural area and continue ranching and showing after college. While at Casper College, Jonna will participate as a member of the Livestock Judging Team.

Jayci Mekelburg is the daughter of BJ & Jill Mekelburg of Eckley, Colorado. Jayci will graduate in May from Yuma High School and plans to attend West Texas A&M University in Canyon, Texas to study Agribusiness & Economics to focus on becoming an Agricultural Financial Analyst in the future.

Ali Jo Merritt is the daughter of Roger & Leigh Merritt of Savage, Montana. Currently, Ali Jo is a soon-to-be graduate at Sidney High School where she will graduate in May. After graduation, she plans to attend Montana State University - Bozeman to pursue a degree in Animal Science - option of Livestock Management & Industry.

Edith "Marie" is the daughter of Cory & Katie Stott of Ballantine, Montana. After graduation from Huntley Project High School, she plans to attend Brigham Young University - Idaho to study Choral Education. Marie plans to work as a Choir Teacher and provide private voice lessons after college.

The 2021 Shining Star Award is a scholarship that will be given to an outstanding graduating high school senior for the one-time amount of $2,000:

Three high school seniors have been awarded rolling scholarships in the amount of $1,000 annually for up to four years. They are:

Elizabeth is a soon-to-graduate of Hobson High School. She is the daughter of Pat & Karen Hickey of Moore, Montana. Elizabeth plans to attend either Montana Tech University or Washington State University to study Pre-Med/Biochemistry with plans of working in Radiation Oncology.

Wade Leachman is the son of Eric & Marlo Leachman of Toston, Montana. Wade will graduate in May from Broadwater High School and plans to attend Casper College to major in Agribusiness. Wade plans to raise Simmental and Angus cattle for a seed stock operation after college.

Nyssa is the daughter of Garrett & Julie Schairer of Corvallis, MT. Nyssa is currently attending Corvallis High School where she will graduate in June and plans to attend Montana State University - Bozeman to major in Animal Science and Pre-Veterinary Science. Nyssa hopes become a Large Animal Veterinarian after college.

Students selected as rolling scholarship recipients must remain in good standing by maintaining a 3.0 cumulative GPA as a full-time student in college. These recipients must also continue involvement in NILE, while participating in college organizations and activities

The following students of the class of 2020 have met these requirements and will be rewarded with their second installment of rolling scholarship in the amount of $1,000.

Nathan is the son of David & Julianne Hill of Townsend, MT. Nathan is currently attending Montana State University - Bozeman, studying Architecture Environmental Design. Following his undergrad, Nathan plans to apply for his Master's through the MARCH program at MSU.

Kelty is attending Montana State University in Bozeman, MT majoring in Animal Science and Genetics. Kelty hopes to obtain a degree as a Veterinarian after college. Kelty is the daughter of Travis and Jessica Stroh of Glendive, MT.

Alyssa Thormahlen is the daughter of Dennis Thormahlen Jr. and Lori LeBrun of Bridger, MT. Alyssa is currently attending Northwest College in Powell, WY to majoring in Animal Science and Veterinary Assistant. Alyssa hopes to become a Veterinarian after college.

The following students of the class of 2019 have met these requirements and will be rewarded with their third installment of rolling scholarship in the amount of $1,000.

Brandi Fuller is attending the University of Wyoming in Laramie, WY majoring in Ag Business. Brandi is the daughter of Pat and Angel Fuller of Wright, WY. Brandi has become involved in a variety of collegiate agriculture clubs and looks forward to returning to the NILE in 2021 to exhibit and sell calves.

Bethany Lyford is the daughter of Joel and Helen Lyford of Kalispell, MT. Bethany is currently attending Montana State University in Bozeman, MT pursuing a degree in Animal Science, with a focus in Livestock Management. Her future goals include working as an Embryologist.

The following students of the class of 2018 have also met these requirements and will be rewarded with their fourth and final installment of rolling scholarship in the amount of $1,000.

Native of Moore, Montana and daughter Koly Hertel and Ruth Boedecker of Lewistown, MT, Mamie Hertel is currently attending Texas A&M University in College Station, Texas where she is majoring in Agricultural Communications and Journalism. At the completion of her undergrad years, Mamie is interested in attending Law School and potentially may run for a political office later in life.

Lainee Hill is the daughter of David and Julianne Hill of Townsend, MT. Laniee is attending Montana State University in Bozeman, MT pursuing a degree in Animal Science. Her future goals include working as a mixed animal Veterinarian in rural Montana.

Andrea is the daughter of Kelly and Kristie Rutledge of Big Sandy, MT. Andrea is attending Montana State University in Bozeman, MT majoring in Animal Science, with a focus on Livestock Management and Industry. Andrea hopes to work as an the field of Beef Reproduction after completing college.

Six current college students pursuing degrees in higher education have been awarded a Secondary Scholarship in the amount of $1,000.

McKenzie Mork is the daughter of Don & Ann Mork of Sanders, MT. Currently, McKenzie is a sophomore at Montana State University - Bozeman studying Animal Science with a minor in Genetics. McKenzie's future plans include researching genetics for cattle breed associations.

Madalyn Rohr is a current freshman at Kansas State University in Manhattan, Kansas. Madalyn is studying Agriculture Communications and Journalism with hopes of locating a job on the Communications team for a livestock or equine company or association. She is the daughter of Mitch & Lea Rohr of Elbert, Colorado.

Native of Pompey's Pillar, Montana and son of Larry and the late Natalie Steiger. Kyle currently resides on Scottsdale, Arizona were he is a resident at Mayo Clinic Alix School of Medicine working towards an MD in Medicine. At the completion of his of his time at Mayo Clinic, Kyle has hopes of returning to Montana with his family to work as a General MD at a local rural clinic.

Tara Tellefson is pursuing a Bachelors Degree in Elementary Education at Western Governors University in Kent, Washington. Tara is the daughter of Miles & Lisa Tellefson of Warden, Washington. Her future hopes include teaching at an Elementary School.

NILE Legacy Award is a $500 award that is awarded to one student, either a high school senior or college student, based on their involvement in NILE and NILE activities.

Cody Arnold is the son of Rhonda Arnold of Chinook, MT. Currently, Cody is a soon-to-be graduate at Chinook High School where he will graduate in May. After graduation, he plans to attend Montana State Northern University in Havre, MT to pursue a degree in Farm Mechanics/Diesel Tech/Welding Tech. Cody's NILE Involvement includes participation in the NILE Angus Futurity Shows in 2017-2020, Assisted consignors with sale heifers in the Angus and Red Angus Sales and has been a junior exhibitor.

"The future goals of tomorrow's leaders are very adaptive to the new agricultural technologies, and this year's class demonstrated the abilities to meet today's challenges in agriculture," commented McCormick.

The NILE Foundation was established in 2009 as a supporting arm of the NILE organization, which is dedicated to the promotion of livestock, agriculture education and respect for the western culture.

Each year the NILE and NILE Foundation touch the lives of nearly 10,000 youth through the many programs, events, "live animal" scholarships, and college scholarships. Together, these organizations provide over $75,000 in cash and live animal scholarships annually.

If you're interested in contributing to the NILE Foundation send a donation to:

July 23, 2021 - The Montana Wheat and Barley Committee is inviting Montana producers and stakeholders to participate in a public Q & A with the five finalists in the two available tenure track breedin...

July 23, 2021 - On the heels of a White House Executive Order on competition this month, a large group of agricultural shippers recently wrote to the U.S. Surface Transportation Board (STB) to advocat...

July 23, 2021 - Craig Huffhines, a top executive with two-plus decades of leadership experience in the equine and beef industries, is returning to his alma mater as Colorado State University’s directo...

Gianforte Calls on BLM to Engage Montanans on APR 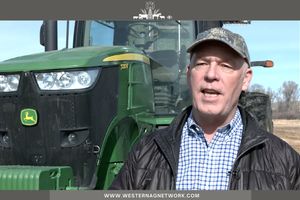 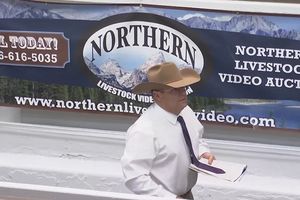 July 22, 2021 - The best demand for calves was for big heavy weight cattle coming early in the fall or light calves late in the fall suitable to develop into yearlings. Yearling demand was good throug... 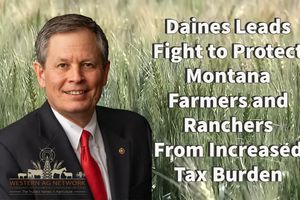 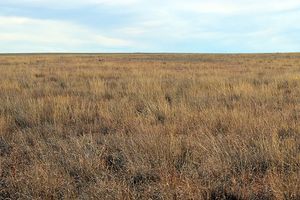 July 21, 2021 - The U.S. Department of Agriculture (USDA) is reminding producers and landowners that the signup deadline for the Conservation Reserve Program (CRP) current general signup is fast appro... 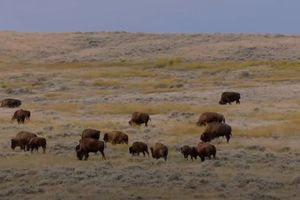 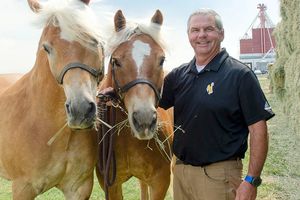