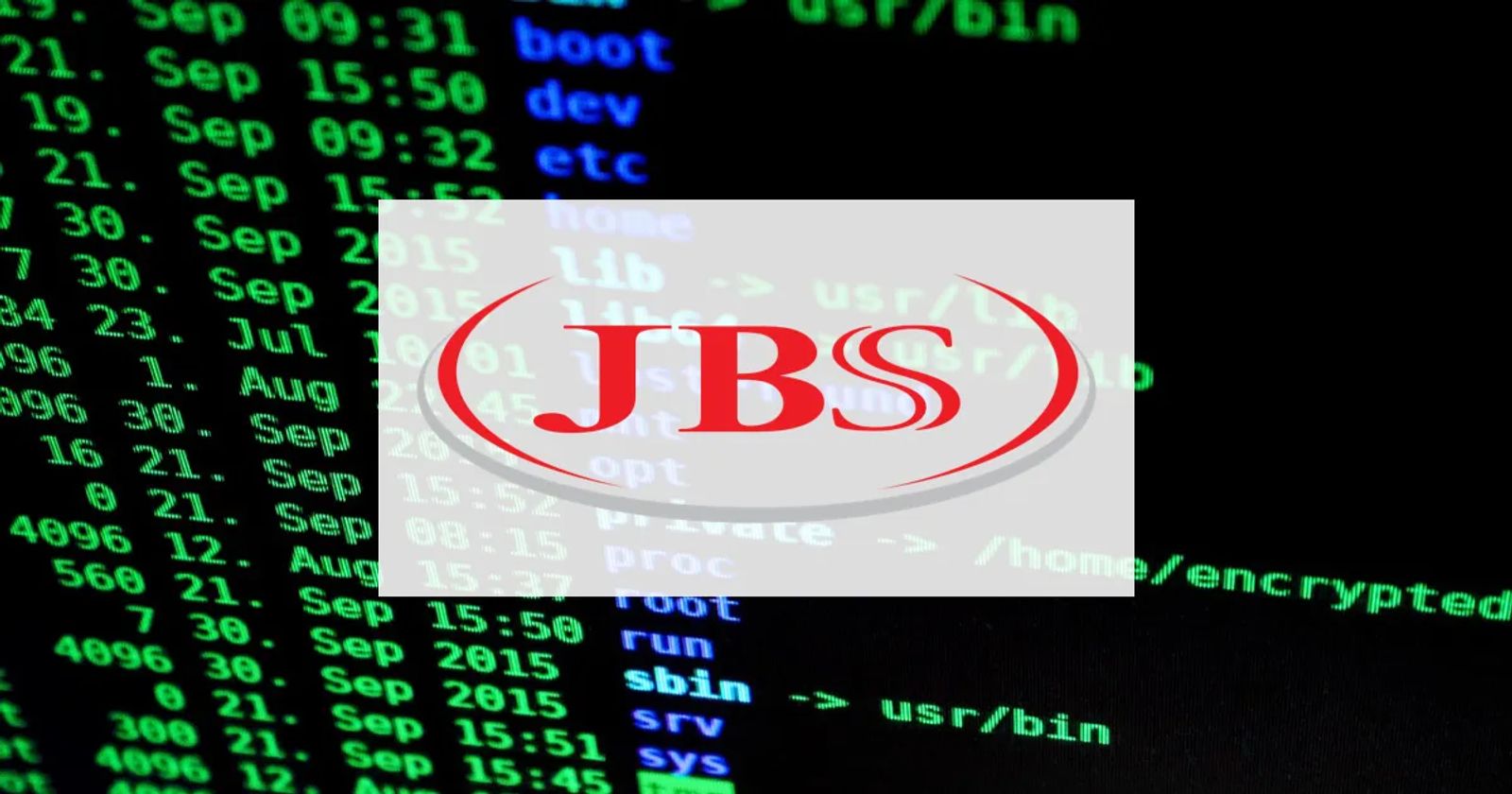 In response to cyberattacks, Brazilian-owned JBS, the largest meat packer in the world, shutdown all of its beef packing plants in the U.S.

USDA’s daily cattle slaughter estimates revealed 94,000 head of cattle were processed on Tuesday, a drop of 27,000 head from the same time last week.

JBS USA reported on Sunday it was the target of an "organized cybersecurity attack, affecting some of the servers supporting its North American and Australian IT systems," the company said in a statement. While JBS said there was no evidence customer, supplier or employee data was compromised, "resolution of the incident will take time, which may delay certain transactions with customers and suppliers."

A number of JBS meatpacking plants across the United States canceled shifts on Tuesday, while the company continues to rectify the situation.

DTN Livestock Market Analyst ShayLe Stewart said because JBS is effectively sitting out of the market for an undetermined time, the market will be lacking important trading information.

"With JBS sitting out of the market for an unknown period of time, that takes one of the largest packers out of the game," she said, "meaning that in areas where there isn't a lot of trade, the other packers may not have to report their prices to the USDA as they can hide behind confidentiality, which ultimately limits the amount of information that comes from USDA."

Early Tuesday morning feeder-cattle contracts tried to absorb the news of the cyberattack while also combating the pressure of a 30-cent rally in the corn market. Feeder-cattle futures dove $3.00 to $4.00 lower upon Tuesday's daybreak and live cattle futures traded $2.00 to $3.00 lower.

The JBS situation may trigger USDA's 3-70-20 rule, in place to protect large entities from having to report prices if there aren't enough market participants.

Dow Jones reported on Tuesday the Federal Bureau of Investigation is investigating what was a ransomware attack on JBS. DJ reported JBS told the White House a ransom demand came from a criminal organization "likely based in Russia."

Leadership in the House and Senate agriculture committees received a cattle-market wish list from a number of cattle groups on Tuesday, as federal lawmakers are increasingly pressured to help address market issues.

In a letter to Reps. David Scott, D-Ga., and Glenn Thompson, R-Pa., and Sens. Debbie Stabenhow, D-Mich., and John Boozman, R-Ark., the chairmen and ranking members on the House and Senate agriculture committees, the groups point to a number of barriers to profitability for cattle producers.

Cattle producers are facing higher feed costs with the spike in grain prices and are putting a lot of cattle on feed compared to one year ago.

This past week Sen. Charles Grassley, R-Iowa, said he is working with Sen. Dick Durbin, D-Ill., chair of the Senate Judiciary Committee, and Sen. Amy Klobuchar, D-Minn., who chairs the antitrust subcommittee, about holding a hearing specifically on some cattle market issues, https://www.dtnpf.com/….

In a letter to agriculture committee leaders on Tuesday, the group of 37 state cattle associations led by the National Cattlemen's Beef Association, laid out a number of issues the industry wants lawmakers to address.

No. 1 on the list is expanding transparency in what the groups say is a "highly complex" cattle market.

"We continue to urge Congress not to allow this vital program to lose its congressional authority," the cattle groups said in the letter. "The result would be a catastrophic and instant loss of market transparency, price discovery and information designed to improve cattle producers' negotiating leverage. Timely reauthorization of LMR is imperative."

The groups said they would like to see more information provided to USDA-AMS.

Currently, the swine industry benefits from the publication of a contract library at USDA-AMS, which is a searchable database of all formula contracts between hog producers and processors.

"NCBA supports the establishment of a similar contract library for cattle so that producers can compare their marketing methods to those of others," the letter said. "The availability of this information may aide cattle producers in capturing more value for their livestock."

The groups also asked congressional leaders to find ways of promoting the expansion of beef-processing capacity.

"Currently, cattle inventories are cyclically high and U.S. beef demand, at home and abroad, is at near-record highs," the letter said. "Unfortunately, while meatpackers realize massive profit margins, cattle producers are not seeing those earnings passed onto them. In fact, fed-cattle prices have yet to meet or surpass pre-COVID levels. The cause of this imbalance can largely be attributed to a nationwide shackle-space shortage."

The groups point to a 2020 study by Rabobank that found excess operational beef-processing capacity fell to zero in late 2016 and "turned negative" in 2017 and remains there today. The study also found the industry could accommodate an additional 5,600 shackles of daily processing capacity, or about 1.5 million additional animals annually.

"As the domestic cattle herd enters another year of cyclical contraction, worsened by the drought, more processing capacity will strengthen producers' leverage position, increase the value of live cattle, and result in firmer prices," the groups said in the letter.

"Meatpackers face substantial challenges of their own, with labor being the most severe. However, the greatest barrier to entry for small meat processors is access to capital."

The groups said the average cost to construct a meatpacking plant is about $100,000 for every 25-head facility.

"Further, the risk profile of a packing plant is extremely high, making traditional financing difficult to acquire," the letter said.

"We urge Congress to swiftly enact similar legislation to support the addition of more shackle space to benefit cattle producers," the letter said.

"NCBA not only advocates for the addition of more processing capacity, but also the strategic support of existing processors. Currently, facilities inspected by a state meat and poultry inspection program, as opposed to USDA's Food Safety and Inspection Service, are generally not eligible to sell products into interstate retail markets. This restriction, while rooted in food safety concerns, hinders the processor's ability to move meat products, and thus can slow live animal processing."

The groups also ask for measures to help expand available labor in the industry. In particular, the groups said assistance provided to the industry during the COVID-19 economic shutdown was helpful but may be hindering the industry in addressing labor needs.

"The beef-supply chain cannot function properly without a steady stream of labor," the letter said. "Absent changes to COVID benefits for individual workers, NCBA believes changes to the H-2A program to include year-round labor is one viable solution to our labor shortage. Additionally, the ability to obtain year-round labor for employment at processing facilities, feed yards, and cow-calf operations will continue to be a struggle for the cattle industry without a multi-faceted approach to address a number of weaknesses that exist from pasture to plate."

"As more consumers continue to be interested in, and concerned about, the environmental footprint, nutritional quality, and healthfulness of the foods they eat -- as well as where and how those foods were produced -- it is critically important that food product labeling promote honesty and fair dealing in the interest of consumers," the letter said.

The groups said the MCOOL issue was settled by the World Trade Organization. The WTO issued a $1 billion judgement in favor of Mexico and Canada.

"We must shift our focus from aged policies like MCOOL to more realistic solutions that allow U.S. cattle producers to truly differentiate their products and capture consumer demand for local and regionally sourced meat products," the letter said.

"NCBA and its affiliate organizations greatly appreciate Congress' swift action to protect the cattle and beef industries, as well as our domestic food supply chain during these difficult times."