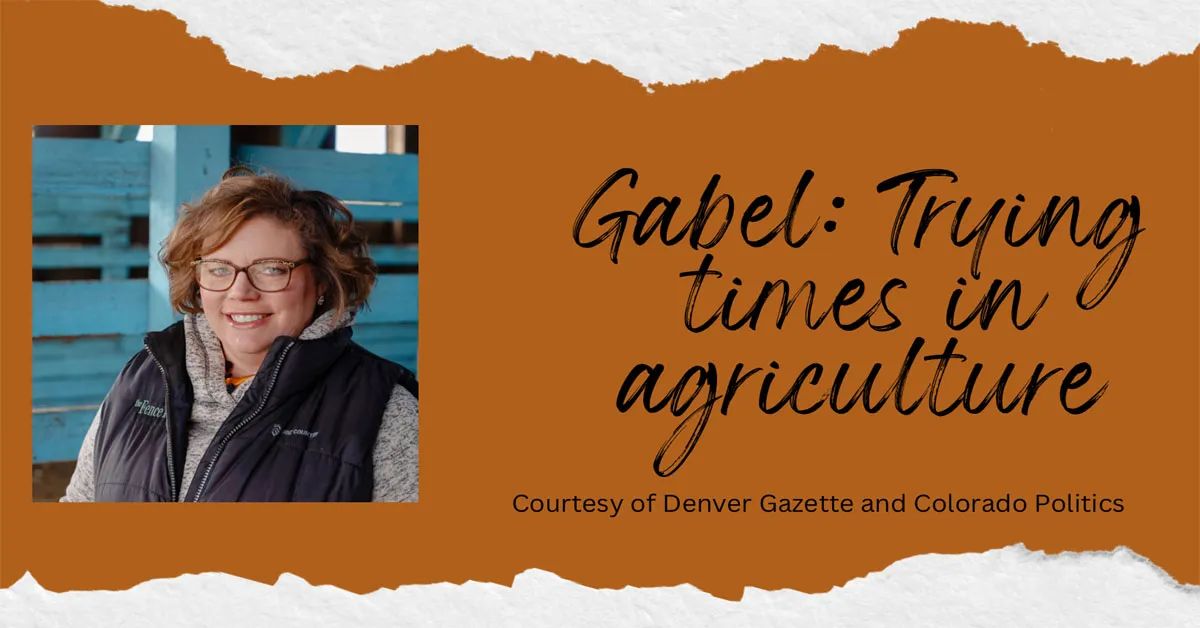 DENVER, CO, September 13, 2022 — I plugged in the slow cooker filled with barbecue beef long before the sun rose. The watermelon was sliced, the peach cobbler was cooked to a bubbly brown, and the cucumbers, garlic and jalapeños were soaking up vinegar.

Small boxes of expensive vaccines were stacked into a cooler, and automatic syringes were placed on a table. Rows of neatly lettered ear tags bore the calf number and an abbreviation of the sire’s name. Calves were sired by bulls with names like Man Among Boys, In God We Trust, Fired Up and Good as It Gets.

Some ranches gather pairs at first light by horseback and bring the herd over a bluff before they spill into the corrals below. There’s an art to the gather and the sound chap fringe makes is a reminder that cowboys most certainly do exist.

We are four-wheeler cowboys. We brought the cows and calves into the corrals early that morning, the dust from a punishing summer covering everything. The calves rarely had rain on their backs, and the cows didn’t go to summer grass, but to the feed bunk every morning.

We sorted the calves into a pen and went to work preg-checking the cows and heifers by ultrasound.

With no grass, no rain, and sky-high input costs, we have already culled our cows down to the best producers. Gone to the salebarn are all the ones who make a habit of not liking their calf, not milking, prolapsing, or are less than congenial.

We brought the first heifer into the chute and the look on the practitioner’s face wasn’t one you want to see.

Open. Not bred. She went to the cull pen.

The second heifer made her way in — one of my favorites.

“Let me just take one more look,” he told me. I was standing chuteside, pen in hand, ready to write down how many days bred the heifer was. That tells us whether she was AI bred or bred by a clean-up bull on her next cycle.

Open. Not bred. She went to the cull pen.

It wasn’t those two specific heifers that made the tears burn my eyes, but I found myself standing there with tears and sweat rolling down my dirty face.

I was damning the heat and the drought and the price of diesel. Damning the rise in the cost of feed and groceries and John Deere motor oil.

As we continued, I was writing down the numbers and dates and information we'd need come spring calving season. But in my mind, I was damning the fact that I couldn’t write a column to tell you how beautiful fall is on ranches. I can’t talk about the smell of silage and hustle of harvest. Not the Friday night ballgames or mornings cool enough that steam begins to rise off the feed in the bunks. Not the satisfying "tink" a mason jar lid makes when I fill it full of homegrown tomatoes and pull it from the canner. And certainly not the madness that is the fall run — when cattle ranchers wean calves and ship them to their next stop in the value chain. Peterbilt trucks rumble and rock as calves are loaded and a job is done.

All I could think was of the man I know who finished a job, organized his paperwork, dispersed his cowherd, and shot himself in the barn.

All I could think of was the man who received a call from his banker, drove part way home, and did the same.

September is suicide awareness month, though I have to admit that likely means little in ag country. Mental health services are sparse and even if they’re readily available, the ag community is hesitant to reach out.

I can just picture it. “So let me see… what you’re saying is that you’re sad because your heifer isn’t bred?”

It’s not just the heifer. It’s not just the costs or the bank loan or the dust. It’s the weight of trying to stay profitable in a world that seems to believe agriculture is the one industry that ought not be. It’s the weight of fast-food chains and marketing interns and TikTok sensations who try to dictate production methods when they are unfamiliar, driven by activist dollars, and don’t know which end of a cow rises first when she stands.

I have as few solutions as I have uplifting stories for you, but know for certain that elections have consequences and votes cast with wallets are meaningful.