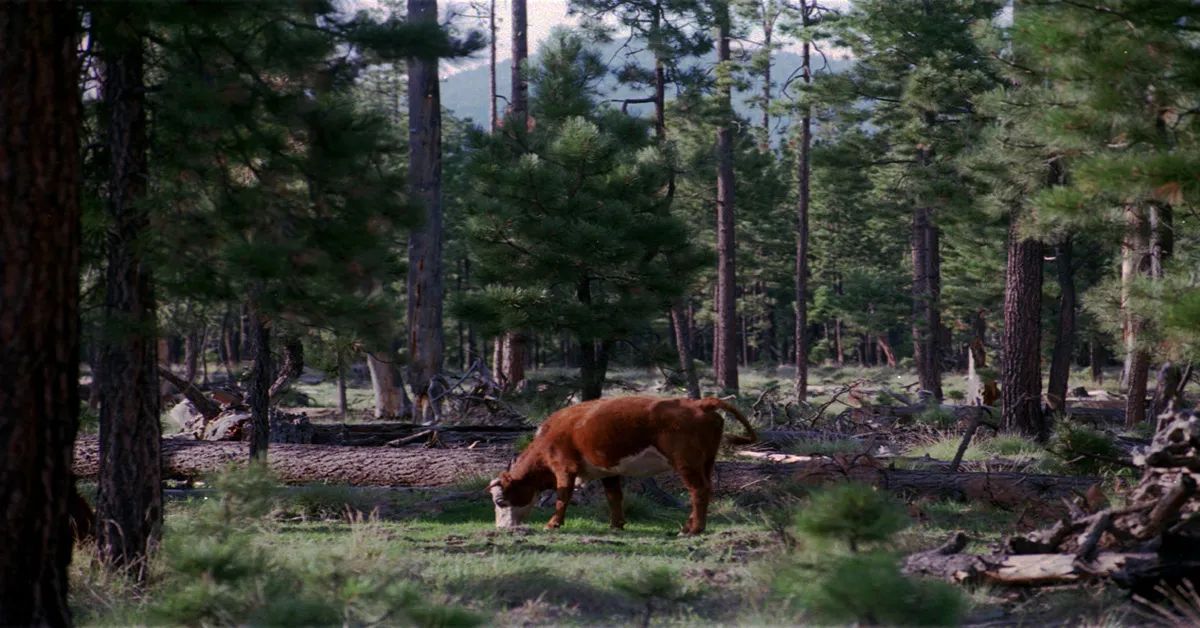 Following this matter since 2021, NMCGA along with Grant County Cattle Growers and Arizona/New Mexico Coalition of Counties sent and filed a Notice of Intent to Sue to Harry Provencio, Acting District Ranger, Gila National Forest in April 2021. The letter was drafted for the group by Attorney Karen Budd-Falen of Budd-Falen Law Offices.

Since that time a contract to catch and remove estray cattle off the Gila was awarded to Jackie Hughes in the later months of 2021. Her team and she have successfully removed approximately 20 head of the 30 outlined in the contract. Gathering efforts have pushed estray cattle to seek higher ground in the Gilas rugged terrain. FWS agents’ current plan is centered on gunning down the estray cattle that have become increasingly difficult to remove.

As outlined in the joint notice by Attorney Budd-Falen last year there are several reasons the proposed decision by the Forest Service to gun-down allegedly unbranded cattle fails to comply with federal law. There is no federal statute or regulation that allows the Forest Service to gun-down livestock. Instead, Federal Law only allows for impoundment of livestock after certain conditions are met. Such conditions include preparation of impound notice of the owner if the livestock is known, or publication of a notice of impoundment if the owner is not known. The remedy for trespass livestock is impoundment of the livestock and sale to recoup the agency’s costs. Estray livestock are under the jurisdiction of the New Mexico Livestock Board.

NMCGA also has concerns with the FWS agents’ ability to delineate branded and unbranded livestock. From a helicopter this task would be difficult for even a knowledgably adept livestock producer to identify brand markings and ear tags. There is no assurance that the gunning-down of these livestock will not include private property.

NMCGA also questions the number of head to be targeted during the flyover. How many estray cattle are located in higher areas of the Gila and at what number of takes will the FWS cease their fire? With estray herd numbers in the Gila not known, the current FWS plan with its lack of public notice or input leaves no room for agent accountability from New Mexico’s stakeholders or citizens.

Another crux of the matter, as outlined in Attorney Budd-Falen’s notice, is the presence of federally listed endangered species, the Mexican Gray Wolf. The Forest Service should be required to consider any adverse impact to the species as well as environmental and human impacts. NMCGA opposes the act of food conditioning the wolf with introduction of a new and easily accessible food source – beef carcasses. Compliance under the National Environmental Policy Act (NEPA) must take place if the Forest Service decides to take such major federal action. Funds used to hire and implement the gunning-down of estray cattle is an expenditure of agency funds that will have significant environmental effects.

“The estray cattle situation in the Gila is a result of many years of mismanagement by the Forest Service,” said Loren Patterson, President NMCGA. “New Mexico Cattle Growers’ members understand that estray cattle are not good for the multiuse doctrine embraced by our federally administered lands. This situation took years to create and a final solution may take years to achieve.”

NMCGA is of the opinion that the Federal Government should not gun-down livestock on Federal Property in the State of New Mexico, or contract with others to accomplish the same goal. Also, government agencies should give adequate notice to citizens and undergo a period of public comment before imposing their will to proceed as they deem equitable.