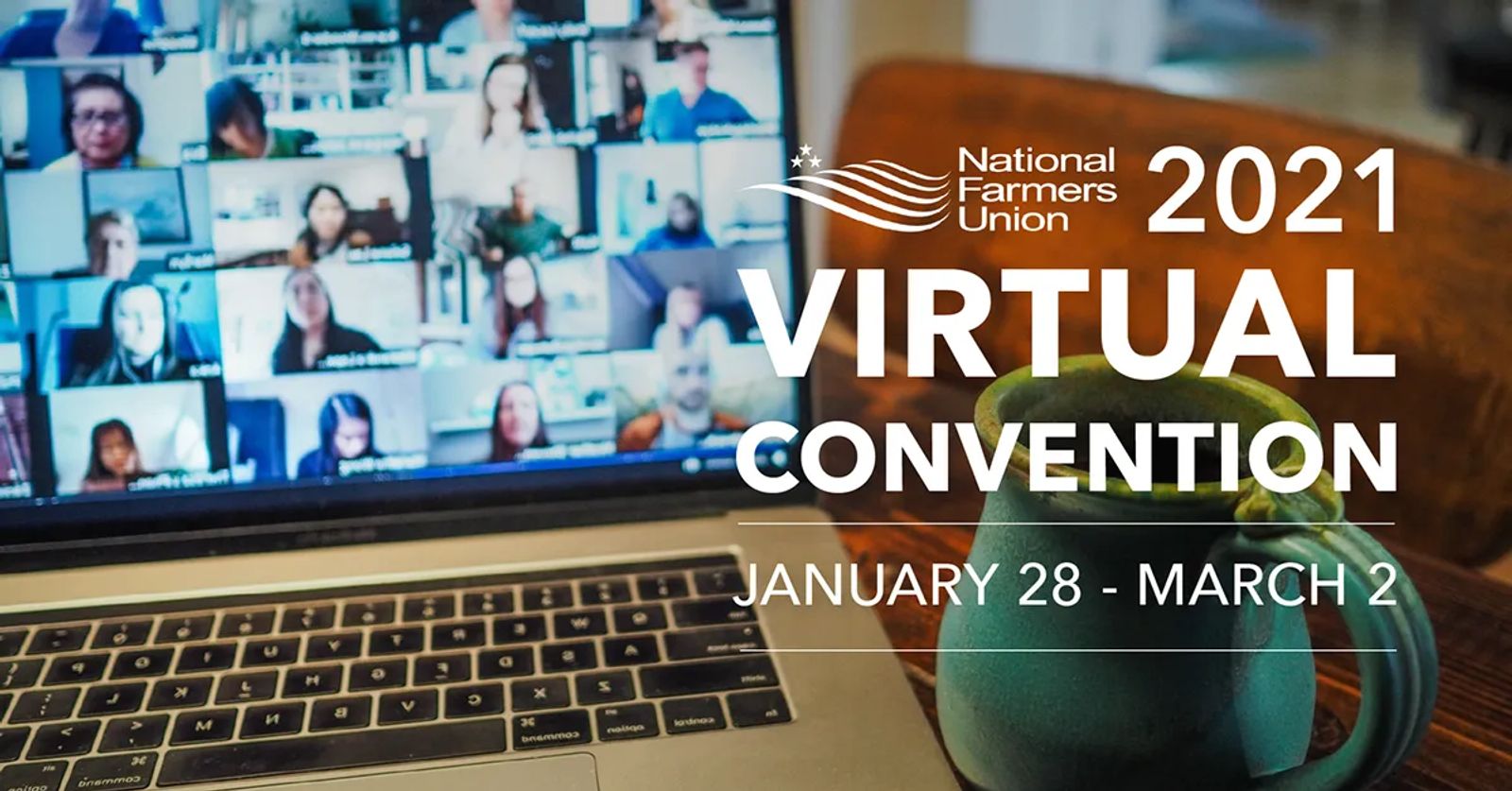 National Farmers Union (NFU) officially convened the final portion of its 119th Anniversary Convention this morning to celebrate American farm families and to set the organization’s policy positions and priorities for the coming year. More than 500 farmers, ranchers, food advocates, industry professionals, policymakers, and reporters from across the country have registered for the annual event, which will be held fully online for the first time in the organization’s history.

“This pandemic has certainly thrown a wrench in everyone’s plans – including ours,” said NFU President Rob Larew. “It’s obviously a disappointment that we aren’t able to meet in person in San Francisco as we had expected. But this is hardly the first challenge – or even the first pandemic – this organization has faced in its 119 years; but no matter the circumstances, we always find a way to adapt and continue fighting for a better food and farm system. That’s exactly what we’re doing now by shifting our convention online.”

The convention started just over a month ago, with a series of weekly webinars. Farmers Union members have had the opportunity to attend their choice of ten educational sessions on the issues that matter most to them, including climate change, mental health, corporate consolidation in the agricultural industry, cooperative development, and racial equity. Recordings of previous sessions can be viewed on NFU’s YouTube channel.

These conversations will set the stage for the organization’s annual policy review during the final day of the convention. “National Farmers Union has always been a grassroots organization in the truest sense of the word. Almost every year since 1902, our farmer and rancher members have discussed, amended, and adopted our policy positions and priorities in a democratic process – a tradition that we continue this year, despite the complications of the pandemic,” said NFU President Rob Larew. “This collaborative, bottom-up approach helps ensure that our advocacy efforts are relevant, effective, and in line with the collective interests and concerns of America’s farm and ranch families – a fact that is the very foundation of NFU’s credibility and influence in the nation’s capital.”

More information on convention programming can be found here.