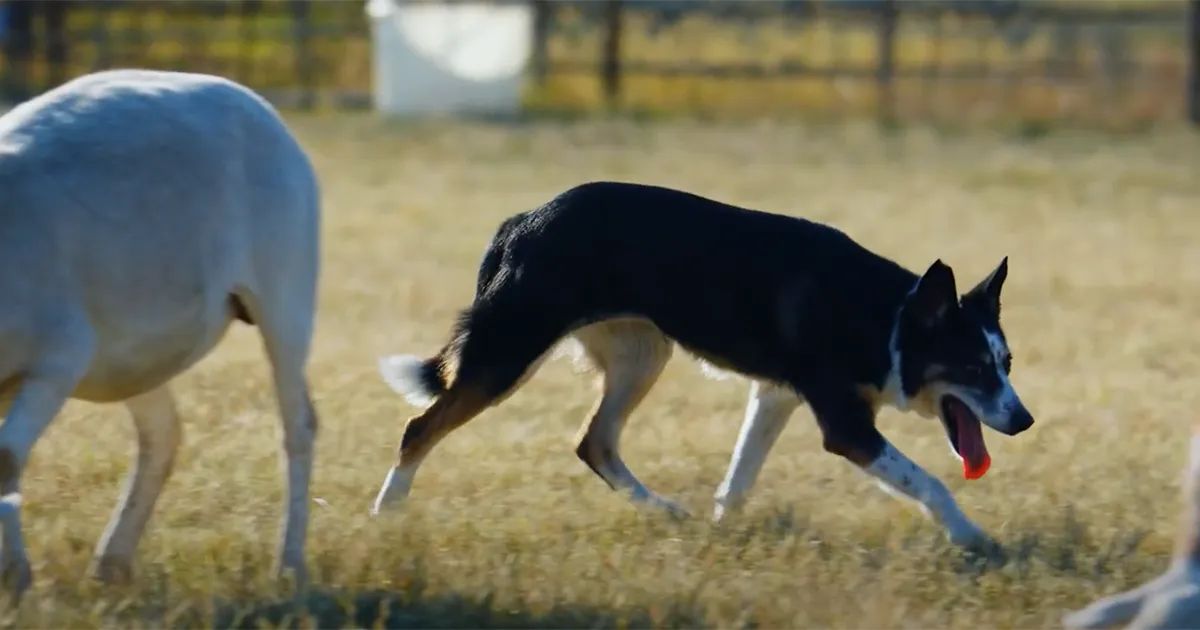 Everyone on the family farm pitches in and does their part, including four-legged friends, prompting Farm Bureau to launch the Farm Dog of the Year contest five years ago – now a popular feature of the American Farm Bureau Federation’s Convention.

The winner of the 2023 Farm Bureau Farm Dog of the Year award is Tough, a Border Collie owned by Kansas Farm Bureau members Denny and Donna Ashcraft. AFBF, with support from Nestlé Purina PetCare, recognized Tough, four regional runners-up and a People’s Choice Pup today at its convention.

“We’re very excited to partner with Purina for the fifth annual Farm Dog of the Year contest, providing the public a look into daily life on the farm,” said AFBF President Zippy Duvall. “Farmers and ranchers love what they do, but it can be stressful, even on the best days. Because farm dogs often play a dual role as both working dogs and companions to farm families, they can help ease the burden.”

The contest celebrates farm dogs that work alongside farmers and ranchers as they sustainably produce nutritious food for families and their pets across America. Rounding up livestock and chasing off predators are among the many tasks performed by farm dogs.

Tough, the grand prize winner of the 2023 Farm Bureau Farm Dog of the Year award, is 14 years old and has been with the Ashcrafts since the age of two. Working livestock – helping move them where they need to go – is Tough’s primary role on the farm. Until the age of 7, when she suffered a severe spinal cord injury that left her paralyzed from the neck down for a week, Tough also competed against the top herding dogs in the nation in livestock shows in Houston, San Antonio, Denver and Fort Worth, taking home champion, reserve and third place honors several times.

Although the initial prognosis was uncertain, “Tough persevered, worked at rehab and is now about 90% back to normal,” Denny said. “She’s an inspiration to keep on keeping on.” The injury ended Tough competing at stock dog shows but there’s plenty to keep her busy on the farm.

“She lives to work, and she lives for Denny,” is how Donna describes what makes Tough tick.

Purina donated prizes for the contest again this year. This included $5,000 in prize money, a trophy plate, a year’s supply of Pro-Plan dog food and other Purina products for Tough. The company has been helping dogs and cats live longer, healthier lives through scientifically based nutritional innovations for more than 90 years.

“Purina is proud to once again support the American Farm Bureau’s Farm Dog of the Year contest and congratulate this year’s winner, Tough,” said Jack Scott, vice president of sustainable sourcing at Nestlé Purina PetCare. “We recognize the important role dogs play on farms and believe this is at the core of our purpose that people and pets are better together.”

Four regional runners-up in the contest will each also receive $1,000 in prize money, a trophy plate and Purina products. They are:

A panel of judges with expertise in the pet care industry, veterinary medicine and communications reviewed more than 100 nominations to select the 2023 Farm Dog of the Year. Judging criteria included the dog’s helpfulness to the farmer and his/her family, playfulness and their role in making life better on and off the farm. Farm Bureau members submitted written responses to questions, photos and video clips to nominate their dogs for Farm Dog of the Year.

Learn more and nominate your dog for the 2024 contest at https://www.fb.org/farmdog.