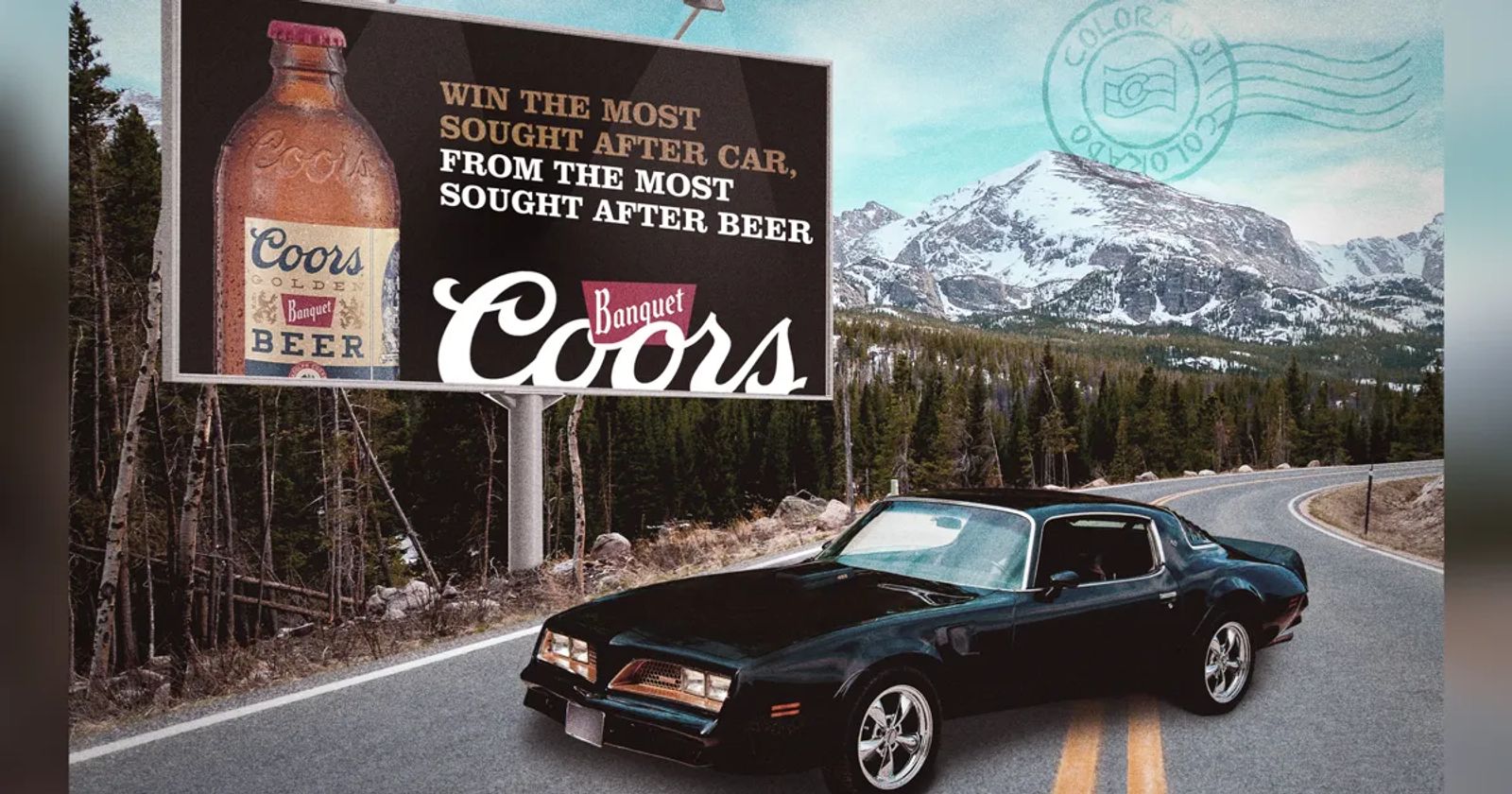 President Gerald R. Ford reportedly had it smuggled into the White House in the 1970s. Rocker Keith Richards kept a supply onstage. The actor Paul Newman was a vocal fan.

Dean Martin drank it in a Western, Marilyn Monroe enjoyed a few behind the scenes of the 1961 film “The Misfits,” and it played a leading role alongside Burt Reynolds’ Bo Darville in the 1977 film “Smokey and the Bandit."

Coors Banquet, which until 1976 was available in just 11 western states, was perhaps the first “whale,” a beer so coveted people were willing to travel long distances to acquire it.

And the brand is riffing on that lore in its 2021 media campaign, “Stolen, smuggled and sought after since 1873,” as well as a kickoff event that will send fans on a treasure hunt throughout Colorado in search of a set of keys for a mint condition 1977 Pontiac Firebird, the same model Reynolds used to smuggle Coors Banquet across state lines in “Smokey and the Bandit.”

“These stories have been told through pop culture for the past 40 years. And it’s not just celebrities or movie stars – every family has a story about an uncle who came back from Colorado with a trunk full of Banquet,” says Nigel Jones, senior marketing manager for Coors Banquet. “It’s our time to shine a light on these stories and tell these legends through our own lens.”

Coors Banquet last month launched a series of spots on social and digital media. Directed by Janusz Kamiński, Steven Spielberg’s longtime cinematographer who worked on films such as "Saving Private Ryan" and "Schindler’s List", the ads are noir, cinematic and seek to “reignite the rebellious spirit of this sough-after beer” and “tap into the spirit of this legendary brand,” Jones says.

The spots are targeted at drinkers in their late 20s and early 30s, and all, of course, feature the dulcet tones of Sam Elliot, the longtime voice of Coors Banquet.