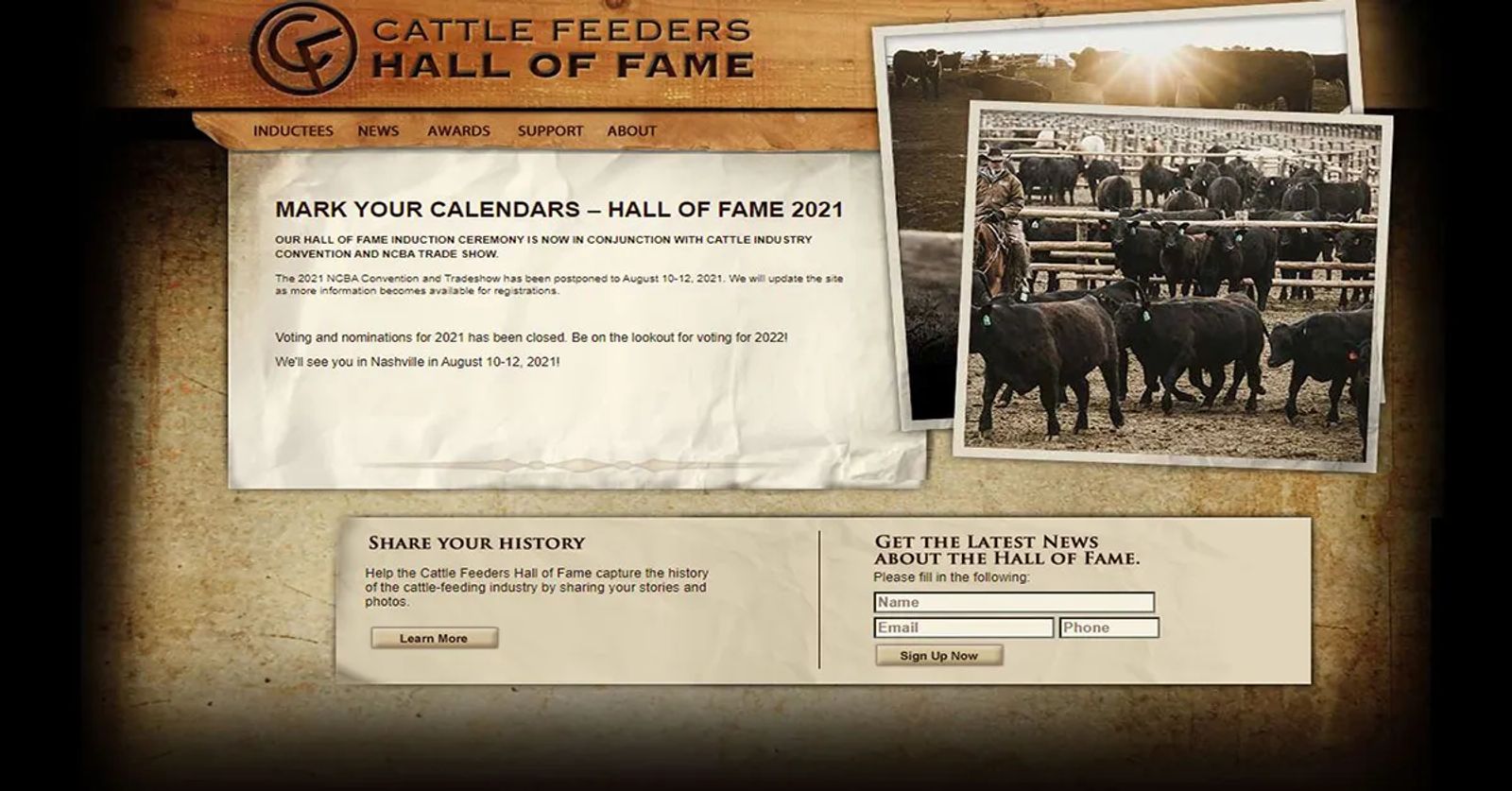 The Cattle Feeders Hall of Fame has announced its 2021 inductees and award winners who will be recognized at its 12th annual banquet to be held Aug. 9, 2021, in Nashville, Tennessee.

Johnny Trotter, president and CEO of Bar-G Feedyard in Hereford, Texas, and Steve Gabel, founder of Magnum Feedyard in Wiggins, Colorado, are the newest inductees into the Hall of Fame, which annually honors two leaders who have made lasting contributions to the cattle feeding industry.

Gary Smith, visiting professor in the Department of Animal Science at Texas A&M University, is the recipient of the Leadership Award. George Eckert of Green Plains Cattle Company in Leoti, Kansas, and Gaspar Martinez of Harris Feeding Company in Coalinga, California, were named Service Award winners.

These inductees and award winners will be recognized at the Cattle Feeders Hall of Fame banquet in conjunction with the Cattle Industry Convention and NCBA Trade Show to be held Aug. 10-12 in Nashville.

"Through their dedication and leadership, these honorees have made lasting contributions to our industry," said Cliff Becker, vice president of publishing for Farm Journal Media and Cattle Feeders Hall of Fame board member. "It is an honor to recognize their achievements which have helped advance the cattle feeding industry."

Tickets for the 2021 Cattle Feeders Hall of Fame banquet can be purchased as part of the Cattle Industry Convention registration and will be available in June. Event sponsorship and table sponsorships are also available. Founding sponsors of the Cattle Feeders Hall of Fame include Merck Animal Health, Drovers magazine and Osborn Barr Paramore (OBP).

All proceeds from ticket sales and corporate sponsorships will benefit future initiatives for the Cattle Feeders Hall of Fame. All funds from tickets purchased by cattle feeders will be donated in full to the Hall of Fame.