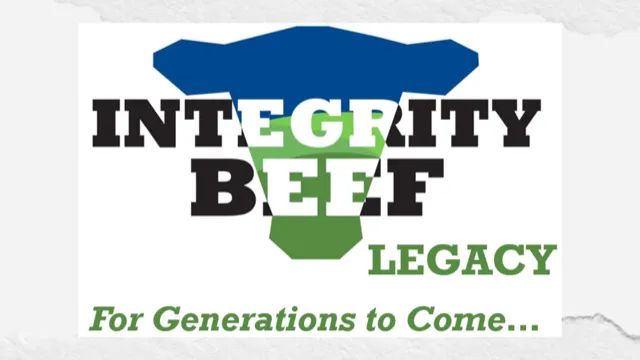 ARDMORE, OK., October 10, 2022 — With a producer-driven and producer-developed solution top of mind, the Integrity Beef Alliance set out to encompass producer profitability, grazing land stewardship and conservation, animal health and wellbeing, market transparency, consumer demand, and beef’s role in climate-smart solutions and national food security. In doing so, the Integrity Beef Legacy will be launched in 2023 with the support of a $30 million grant from the USDA Partnerships for Climate-Smart Commodities to lead efforts for the transition of the U.S. beef industry towards verifying carbon-neutral beef production.

The Integrity Beef Alliance was developed through the Noble Research Institute over 20 years ago but became a standalone organization about 10 years ago. Genetics, animal health, and backgrounding programs were the original focus of the alliance as a regional program. Executive Director Dr. Robert Wells, a cow calf producer himself, said as the industry changed, backgrounding became the industry standard, the search for additional premium programs continued.

Wells said the alliance participated in a pilot program with the United States Roundtable for Sustainable Beef to determine if a program focused on sustainability could be reasonably carried out across the value chain. The beef produced through the pilot was test marketed by McDonald’s stores in a test market in the southeastern U.S.

BUILT FOR CURRENT AND FUTURE GENERATIONS

Consumers wanted the beef, and the positive feedback continued all the way back to the cow calf producer. This spurred a protocol developed over a number of years and is the basis for the Integrity Beef’s Legacy Program.

“We’re trying to build a program that’s not just for this generation, but for the generations that are going to come that will take over the ranch,” he said. “We want to see our member ranches be perpetuated from one generation to the next. Get it to where the sons and daughters and grandsons and granddaughters can come back to the ranch and come home and make a good living doing it. Not just eek out a little profit but make a good living.”

The cow calf sector is the initial focus of the program and member producers will be required to meet protocols, verified by third-party verification company, Legacy Verified, LLC.

Foremost, Wells said, there is an expectation of record keeping.

“They say you can’t manage what you don’t measure and all too often in the beef industry, it’s not viewed as a business,” he said. “I’ve seen guys who have 500 head and don’t keep records. If you take the value of everything that’s required to run that ranch, it would be millions and millions of dollars.”

As part of the program, producers will be expected to utilize Agriwebb, a program he calls one of the foremost cloud-based record keeping systems. The app stores cattle feeding, locations, health records, breeding information, inventories, and information that can produce detailed reports to inform management decisions. The cloud-based program takes less than 5 minutes per day and the data won’t be lost as could be the risk of using, for example, a National Cattlemen’s Beef Association red book that can be lost, burned or washed.

Decisions will be made at an upcoming board meeting with regard to the genetics of cattle allowed in the program, though it is likely that any cattle will be accepted. Cattle must be weaned for 60 days, preconditioned, and must meet an industry-standard vaccination program. With an eye to land stewardship, he said only deworming products that are safe for dung beetle and worm-friendly to encourage soil microbial activity. Ivermectin is among the products that will not be allowed though many others are.

Producers also must be Beef Quality Assurance certified, are expected to sign an antibiotic stewardship agreement, and will be asked to verify that a continuity plan has been designed to ensure the ranch’s destiny will not be left to probate. Producers are also asked to pen a grazing philosophy.

“I don’t want to say grazing plan because you can do that with the best intent and two weeks later, the plan is out of date,” he said. “A grazing philosophy, though, doesn’t change.”

This philosophy considers grazing carrying capacity, stocking rates, considerations for unused grass, triggers to decide when and where to move cattle between pastures, supplemental feed options and decision making, and a contingency plan for the natural disasters common in the area.

With land and livestock considered, the program also includes the people who work the land. A safety plan is a checklist with a minimum score requirement. Many of the checklist items are logical and likely appear on producers’ lists of things they’ve intended to do.

None of this, he said, matters if the ranch isn’t profitable.

There are a large number of requirements, he said, but even the biggest steak can be eaten just one bite at a time.

Participating producers pay a membership fee per head and that fee (likely $2 to $3 per head) covers the cost of the required electronic identification eartags, Agriwebb licensing, and the cost of the third-party verification.

The goal for premiums paid per head for cattle enrolled in the program, he said, is as much as possible. While no premium programs carry a guaranteed premium amount, the program will go live in 2023 and he said he anticipates both bumps and successes. Once scaled, he hopes for triple digit premiums.

“This program has the potential to be that watershed moment in the industry,” he said. “I’m excited to be on the ground floor and to be one of the names that helped create the protocols and to be the executive director at this time.”

A cow calf man himself, he said he hopes to look back on this moment and see where a positive fingerprint was left on the industry.

“This program gives us the moral high ground,” he said. “Rather than those activists that are out there who like to tell our story and they don’t tell it right, and they tell it in a negative way, this program will allow us to take the moral high ground back. We’ll be able to stand on top of the mountain, so to speak, and we’ll be able to not only tell people the good things we’re doing, but we’ll have the documentation behind it to refute them.”

The program also, he said, helps consumers who might be feeling social pressure to reduce beef consumption based on climate-driven misinformation, to feel good again about the beef they love.