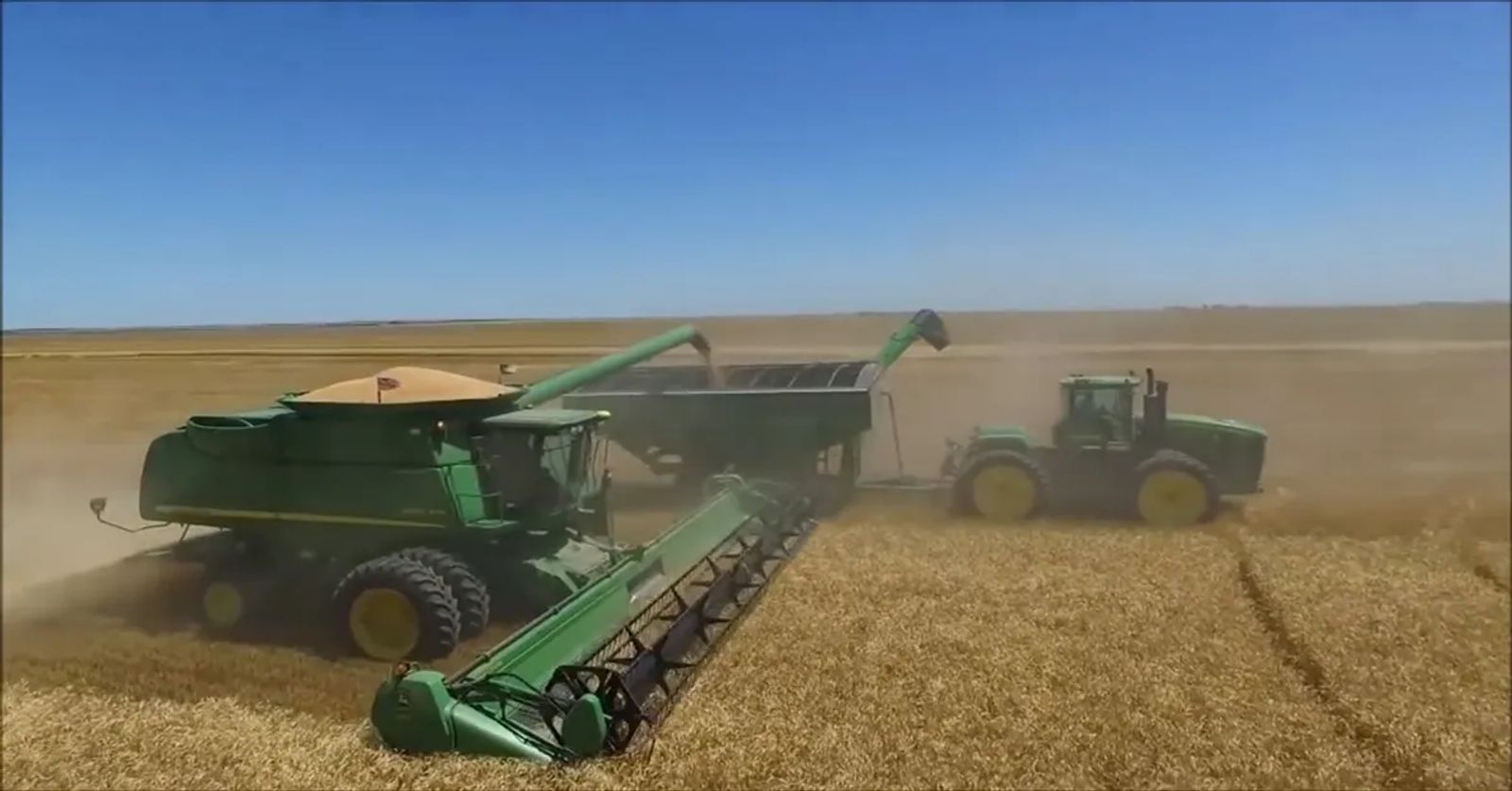 USDA's June 1 Grain Stocks and Acreage reports caught traders flat-footed on Wednesday, with a double whammy of lower stocks and acreage than pre-report surveys had expected. Corn rallied 60 cents from its morning low, while soybeans rallied $1.10. Corn traded limit higher, with beans up over 90 cents at one point, finishing just 14 1/2 cents below the new soy limit.

Here's a breakdown of the reports by commodities:

Harvested acres were estimated at 84.5 million compared to 82.5 ma a year ago.

At the time of the survey, 98% of the intended acreage had been planted, with just over 2.18 million acres left to plant. With stocks already tight, the lower-than-expected acreage had buyers flocking to buy corn, which was down hard before the report was released.

It is interesting to note that the Dakotas and Minnesota -- the three states embroiled in an expanding drought situation -- were all up sharply from last year, comprising 18.1 ma, or nearly 20% of the corn crop. North Dakota's corn planting rose by 1.57 ma, while South Dakota gained over 1 ma. Principal crop area in the U.S. rose to 317.2 ma, the largest in three years. Corn and soy combined acreage was 180.3 ma, up from 173.9 ma a year ago.

New-crop December corn was trading 16 to 18 cents lower ahead of the report before moving limit higher. The lower stocks and acreage suggest a much tighter stocks scenario than many had expected.

Soybean planted acreage was revealed to be 87.6 ma -- completely unchanged from the March intentions, while traders in Dow Jones' pre-report survey had expected 1.6 ma more at 89.2 ma. Harvested acres were pegged at 86.72 ma -- still up 5% from a year ago on both planted and harvested. If realized, this USDA projection would still be the third-highest planted and harvested soybean acres on record.

At the time of the June survey, USDA assumed that there were just over 9.8 ma left to be planted. As was the case in corn, the drought-stricken Dakotas had large jumps in soybean planted acres, with North Dakota up 25% and South Dakota up 11%, moving up from a combined 10.6 ma last year to 13.6 ma this year, amounting to 15.5% of the total crop area.

New-crop November beans were trading 18 to 20 cents lower just before the report release and rallied to finish 86 1/2 cents higher for the day, while rising a huge $1.12 per bushel above the daily low. The lower acreage and stocks numbers were taken by the trade as a very bullish omen, continuing the pattern of tightening supplies. The report placed a huge premium on this year's soybean crop, leaving virtually no room for lower-than-trend yields.

As is often the case with USDA reports, wheat took a back seat to both corn and soybeans. However, despite a mildly bearish wheat result, it did not prevent the "any-port-in-a-storm" type of sympathy buying in all three wheat markets.

Following months of severe and expanding drought conditions, it seems that spring wheat abandonment will hold much more interest than planted acres, and certainly, the jury is still out on that.

Kansas City September wheat, trading down over 10 cents per bushel before the report, finished 32 cents higher, while Minneapolis new-crop September rose to another new contract high on Wednesday, as weather continues to look bullish for the Northern Plains.

It certainly looks like most traders were handed the wrong envelope pre-report, with corn, soybeans and wheat all trading sharply lower prior to the release of the reports. However, once the bullish acreage and stocks numbers were printed, traders scrambled to buy back shorts and get long. Wednesday's June stocks and seeding reports continued the pattern of ever-tightening supplies of corn and soybeans that we have seen for much of the year. The pressure is on to produce trend or above yields just to keep stocks at their already very tight levels. However, weather in the Northwest and Northern Plains is not cooperating so far. Expect volatility to remain very high in coming weeks.