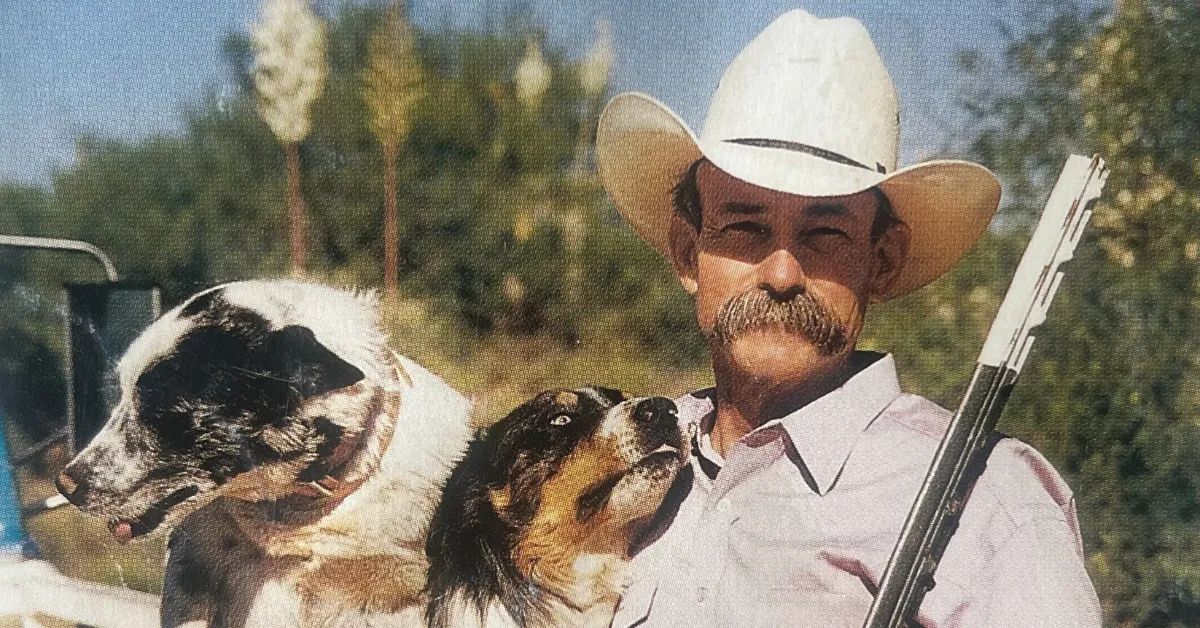 In 1976, the keynote speaker at the National Western Stock Show’s Red Meat Club was invited to speak about his work as a large animal veterinarian on a Pocatello, Idaho, Simplot feedyard. Invited by Cecil Hellbusch, the longtime livestock and agriculture public relations director for Safeway Stores, and Dick Crow, the publisher of the Western Livestock Journal, Baxter Black left an impression on the crowd that night, which included a veritable who’s who in the agriculture industry. In the crowd that evening was Harry Green. At the time, Green was the publisher of the Record Stockman, and he set out to convince Black to write a column, something his son Dan Green recalled Black was uninterested in doing. Not one to waver, Green finally convinced Black to write the column and he called it “On the Edge of Common Sense.”

Chuck Sylvester, the longtime and since retired general manager of the NWSS was also in the crowd that night.

“That was the start of Baxter Black’s career,” he said.

It was also the beginning of Black and Sylvester’s long friendship, visiting each year at the NWSS and with Sylvester visiting Black on his Arizona spread after he moved to Arizona from Brighton, Colo.

About the same time On the Edge of Common Sense began running and eventually became syndicated, Lee Pitts of San Luis Obispo, Calif., began writing his own column, It’s the Pitts. At the time, Pitts owned and edited the Livestock Market Digest, and he called Black knowing his readers would enjoy his tales. Looking back now, Pitts said his newspaper owed a great deal of its success to the inclusion of Black’s column. As for the Greens and the Record Stockman, they published Black’s first five books.

Pitts and Black became fast friends and as Black became more well known, he was invited to appear with Johnny Carson on the Tonight Show. Pitts said he would host Black on his trips to the West Coast and went along to enjoy the Tonight Show live. Pitts said Black was always a big hit, even performing a show after the taping of Carson’s show. The real entertainment though, he said, was the back and forth between Carson and Black during commercial breaks.

“He was always on, wherever he went,” Pitts said. “He was the wittiest guy I’ve ever met, bar none. He was born to do what he did.”

Pitts said Black’s songwriting abilities were also incredibly strong and he asked him once why he didn’t pursue a career in Nashville. Black replied that he “knew who his audience was” and Pitts said he remained faithful to that audience of farmers and ranchers for the entire course of his career.

One of the most notable distinctions about Black, Pitts said, is that his talent was so deep that he never resorted to using curse words or vulgarity in his shows or his work. This was a testament to Black’s abilities as well as his loyalty to his fans.

“He will be remembered as the greatest cowboy poet who ever lived, no question,” he said. “But I think he also ought to be remembered for his serious stuff. He wrote some very touching and poignant essays. I would say one of every four would grab you by the gut and he was good at it, and that stuff is hard to write.”

Pitts said Black was always interested in other writers’ process and the two spoke often about their work. When Pitts ran across a book on writing he found interesting, he said he would send it along to Black who always responded with a thank you note.

“He would type them on the typewriter and pretend he couldn’t type very well with lots of mistakes that he would x out,” he said. “People treasure those. People treasure those like the notes Charlie Russell used to send people that were illustrated.”

The autographs Black scrawled in his books for his fans were also unique. A leftie, at events Black would sign the books across the table upside down and backwards, never failing to share stories and stop for photos. Visiting with him, a number of fans said, was like being the most important person in the room with all of his attention focused on his conversation.

“I’ve been very sad since it happened,” he said. “I knew it was coming, we said our goodbyes, but still. It’s sad from a lot of aspects. I really miss his stuff, I really enjoyed reading his column and I know (The Fence Post Magazine’s) readers do, too. We miss him, we miss his writing. There has never been another one like him.”

While at CSU, Black met fellow veterinary students Jim and Allyson Schafer. Black, Schafer, and Gordon Wooden, an equine nutrition student at the time, formed a band and called themselves Los Mulas Musicales, the Musical Mules. The name, Schafer said, was a “Baxter original.”

During veterinary school, Los Mulas Musicales wasn’t particularly lucrative so Black had, Schafer said, a number of entrepreneurial endeavors to support himself through school.

Schafer said Black laundered the coveralls and smocks used by the veterinary students and would also cut hair. A photo of Black cutting his hair appears in Schafer’s fourth album. Woody Smith, who graduated a year behind Black from veterinary school said the haircuts weren’t particularly good, but the stories, even back then, were excellent. Black brewed and sold coffee to his classmates, made custom leather belts, and even sheared a few of the sheep to sell the wool when he was sent to perform postmortem exams at the surrounding sheep feedyards.

The night before his first year of veterinary school began, Smith was ousted from his bed by the sound of a guitar.

“They sat there and played songs for a while and drank some tequila and that’s how I met Baxter Black and started vet school the next morning hung over and falling asleep in class,” he said.

The band often played the Hideaway, a bar located between Fort Collins and Laramie, Wyo. Schafer and Black wrote songs together through vet school and once they graduated in 1969, they continued to collaborate. The two released “The Fourth Time Around” in October of 2020, with Black singing several of the songs. Schafer released other collaborative albums in 1999, 2002, and 2005 as well. He recorded a number of songs Black wrote and a number of songs the two wrote together.

“By the Jordan” is one of the songs he recorded that was written by Black and his son, Guy Black. Schafer wrote some of the music for the song and the two hammered out the music on a road trip. He said they had their amplifiers with them and when they arrived in Sun Valley, Idaho, they found a park with a plug in and played music.

“Baxter was a Christian,” he said. “It’s Baxter’s version of what would happen if you were having a jam session and Jesus walked by.”

The Schafers and Blacks and two other couples often took trips, and he said each time they walked into a restaurant, no matter where, he would join the rest of the party after he was done visiting with people. He was, he said, always the performer and always willing to hear the stories his fans shared with him. Walking through the alleys and buildings of NWSS, he said, was really a slow process with so many people clamoring to speak to Black.

Allyson Schafer said Black’s love of country, cattle, and the cowboy culture were all important to him as well and he excelled at putting those loves into words.

Jim Schafer’s veterinary career led into the regulatory consulting space, working closely with the FDA to approve new veterinary drugs. He said when Black asked for a tour of the FDA facility, it was organized.

“Where Baxter went, he went as Baxter, the public figure with the same hat and scarf, that sort of thing,” he said. “We got to the FDA and they introduced him to (the executive group) and he did a performance and had them laughing, as you would imagine.”

One of the veterinarians in attendance spoke to Black and said she was the valedictorian of her veterinary class. As an introvert, she told him it terrified her having to speak before the crowd. Her speech, she told him, was one of his poems and it was, of course, received warmly by all attending the graduation.

“When I think of Baxter, you know we did quite a bit together over quite a few years, when he would meet people, he was always sincere about it,” Schafer said. “He would try to make sure he remembered their names and he always treated you like you were his best friend. He was very good with people, and he was just a wonderful man.”

Schafer said when Black met his wife, Cindy Lou, she joined them as a fiddle player, very talented in her own right. It was Cindy Lou, Pitts said, that organized the business and grew it to employ about five people.

“She was a perfect companion for him,” Allyson Schafer said. “Being musical herself and coming from a family that played a lot of music,” she said. “Baxter was such a personality, and she went along and laughed at him like the rest of us did. She was good for him, and they were a great couple together.”

Black penned over 30 books and his syndicated column appeared in more than 100 publications across the country. He was a longtime NPR commentator. He passed away at his home in Benson, Arizona. The Fence Post Magazine will share the full obituary once it becomes available.

The Lord spoke to the heavy hearts that stood with hats in hand. “Your sadness pains me deeply and I know you’ll miss this man.