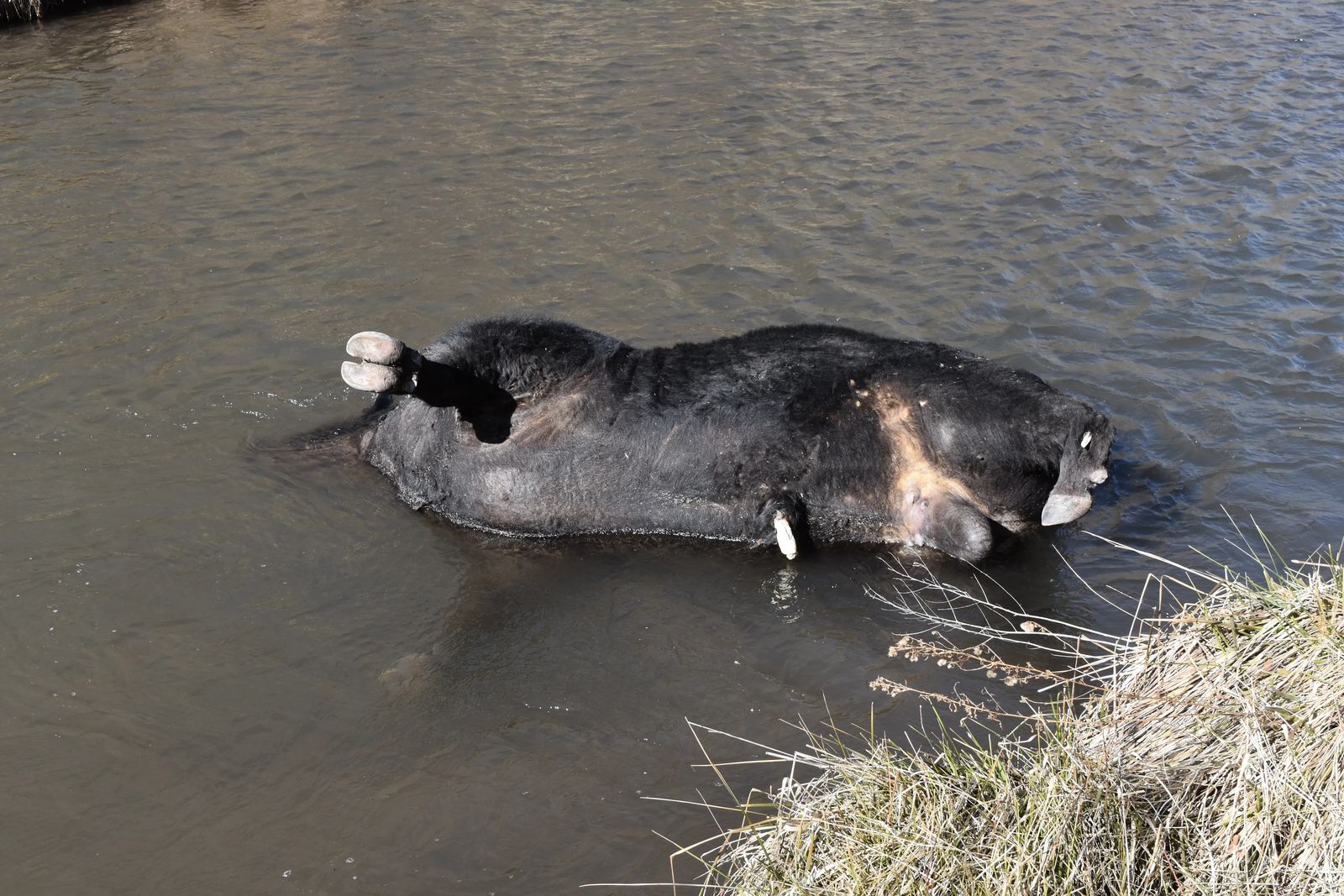 GILA WILDERNESS, N.M., January 19, 2023 — The U.S. Forest Service has once again released a plan to shoot estray cattle from a helicopter in the Gila Wilderness in New Mexico. In a letter dated Nov. 29, 2022, USFS sought public comment with regard to plans to remove unbranded and unauthorized cattle from the Gila Wilderness using lethal and/or nonlethal methods.

According to the letter, the removal of the cattle is necessary to protect the habitat of aquatic and terrestrial wildlife, including federally listed threatened and endangered species.

“The unauthorized cattle in the Gila Wilderness trample stream banks and streams, causing erosion and sedimentation,” said Camille Howes, Gila National Forest supervisor. “This proposal will help restore the wilderness character of the Gila Wilderness by removing non-native species and alleviating the damage caused by over-grazing.”

The USFS believes there may be a maximum of 150 head of cattle in the Gila Wilderness, an area of about 1,000 sections, however USFS has not made public any livestock counts to verify this estimate. Conversely, in the same area the elk population is estimated at over 5,000 head. To date, USFS has provided no evidence that this alleged environmental destruction is by livestock as opposed to elk.

According to the release, 756 cattle have been removed either through lethal or nonlethal means over the course of nine contracts for their removal. Howes notes that for every animal led out of the Wilderness, one dies or is euthanized during capture and removal efforts due to the remote location, rugged topography, and stress to the wild, uncooperative animals. The last aerial operation was conducted in February of 2022 when USDA Animal & Plant Health Inspection Service conducted two days of aerial gunning, killing 65 head of cattle.

After the 2022 aerial gunning removal of cattle, a settlement was reached between USFS and the New Mexico Cattle Growers’ Association and other stakeholders to prevent the USFS from helicopter sniper operations. According to the NMCGA, they met monthly with the regulatory agency for New Mexico health and livestock identification, the New Mexico Livestock Board, and stakeholders to reach a long-term solution. Despite reaching an agreement that the estray cattle do not belong in the Wilderness, NMCGA said in a release that USFS has chosen to forgo stakeholder input by refusing to construct critical infrastructure, improve existing fencing, or employing individuals capable of humanely gathering and transporting the livestock.

Karen Budd-Falen represented the NMCGA last year in their effort to stop the aerial gunning and she submitted comments on behalf of the New Mexico Federal Lands Council, a nonprofit dating back to the 1970s to lobby for the interests of ranchers who utilize federal and state grazing lands.

Now that the comment period has closed, she said the USFS will review the comments and decide whether an environmental assessment will be completed or if a categorical exclusion will be issued and another round of aerial gunning will take place. She said she anticipates the latter.

“That’s what we’re scared about,” she said. “If they can decide they can go out and shoot these cattle because they say the law allows them to shoot cattle, what is going to stop them from doing it someplace else?”

In her comments, she said the 2022 shooting was reckless, leaving cattle dead in waterways. The USFS said in the Scoping Notice, they plan to leave carcasses to decompose, a decision she calls wasteful when the beef could be used in a constructive way. Leaving carcasses also, she said, conditions predators like the Mexican wolf to rely on cattle as a food source, adding to the already contentious relationship between cattlemen and the predators. Testimony from a 2022 meeting of the New Mexico Livestock Board pointed out that many of the cattle shot were done so in a way that caused prolonged suffering. In the state meeting, members of the NMLB reviewed photos of the carcasses, several of which were in the very waterways she said the USFS seeks to protect and called the operation animal cruelty.

Members of the Western Caucus also sent a letter to USFS Chief Randy Moore requesting the aerial gunning plan be immediately halted. Chairman Dan Newhouse, R-Wash., echoed the concerns of cattle groups as well as pointing out that “past performance in February 2022 shows that dead cattle were shot and left in waterbodies” and “leaving dead cattle to decompose in or near waterbodies will pollute the very water that the Forest Service aims to protect.”

THE TAKING OF PROPERTY

Members also said that while it is their understanding that “only one cow has been identified with a brand during previous removal efforts” it is “next to impossible to identify if one of the cattle being shot from a helicopter has a brand or other identifying mark. Since the dead cattle are being left to decompose onsite, ranchers who did have cattle stray into the area proposed for aerial shooting would not be compensated for the loss. This means the federal government is taking private property without just compensation and with no direct federal statutory authority.”

NMFLC maintains this should be determined by brand inspection individually, not as a blanket assumption. USFS regulations dictate the cattle must be gathered and impounded, pending determination of ownership or sale. The NMFLC also proposed a short-term solution of rebuilding corrals in the area that fell into disrepair after USFS refused to issue grazing permits in the area, removing ranchers who maintained fences, infrastructure and prevented cattle from straying.

The Colorado Wool Growers Association also submitted comments opposing the aerial gunning, citing that management of stray livestock on national forests is of concern, regardless of species. President Nick Maneotis called the February 2022 operation a “shameless debacle” and “surely one of the darkest pages in the history of the U.S. Forest Service.” He said the USFS calling the gunning aerial euthanization is “an attempt to deliberately conceal this inhumane fiasco the USFS committed at the behest of radical environmental groups.”

Maneotis said the actions of the USFS “certainly don’t comport with any reasonable definition of euthanasia” and aside from being illegal “aerial killing of cattle lacks due diligence in ascertaining ownership.”

“As the USFS has systematically eliminated livestock grazing permits, fences fall into disrepair; and hunters and other recreationalists leave gates open,” he said. “Over a century of ranching tradition dictates that during the fall gather, you bring all the livestock off the forest, and call your neighbor and sort strays when you’re off the mountain. Eliminating permittees is eliminating our land stewards.”