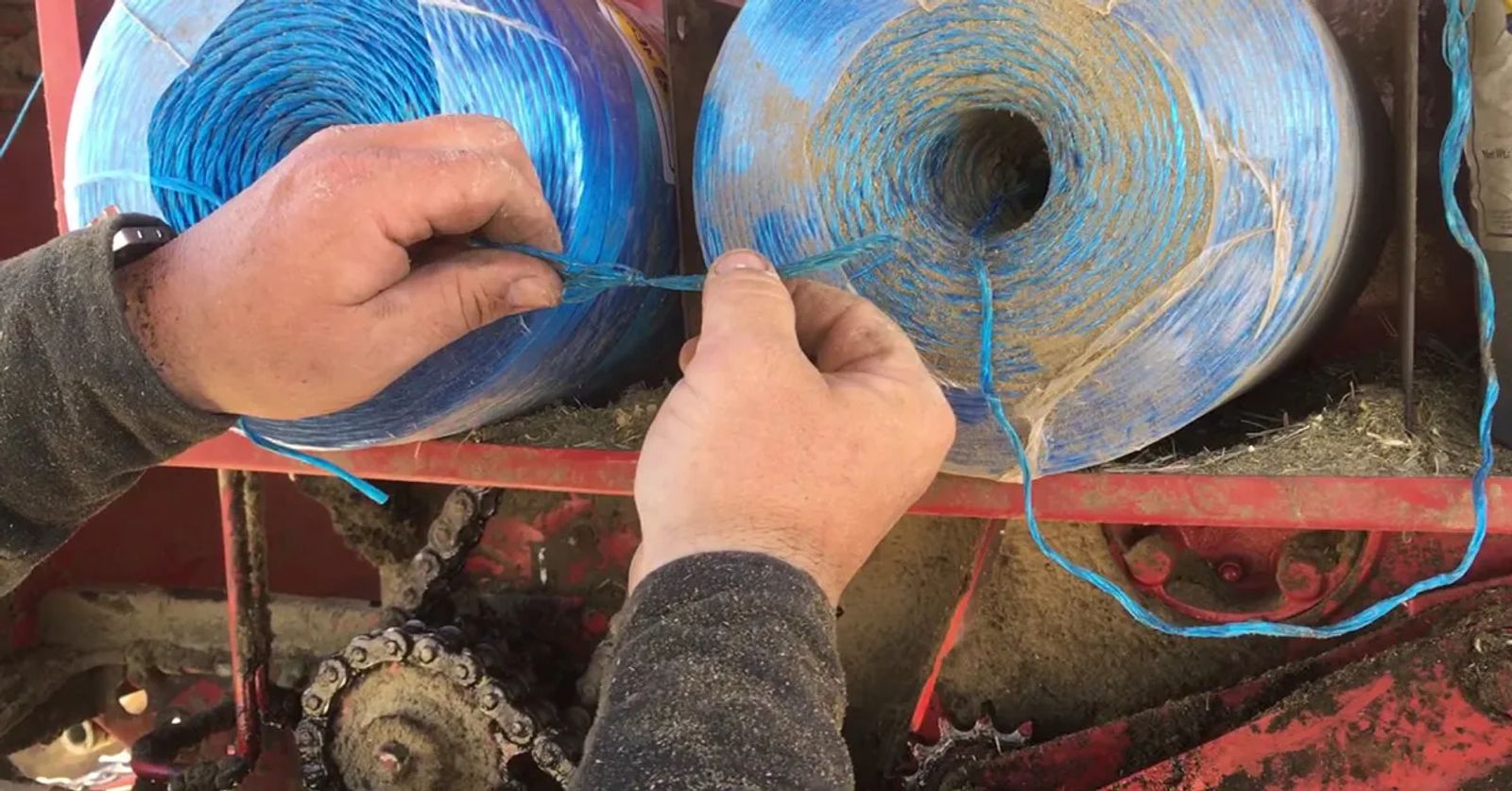 A shortage of resin could make plastic agricultural products such as baler twine, net wrap and silage bags harder to find or considerably more expensive this growing season.

COVID-19 pandemic economic shutdowns this past year, combined with the February cold snap that shut down many chemical plants in the Southern U.S., has led to a shortage of resin, a key raw ingredient of plastic. This could lead to farmers seeing higher prices and possible shortages of plastic agricultural products.

The shortage of resin is a result of what plastic industry insiders are calling "a perfect storm." A recent report in Composite World (https://www.compositesworld.com/…) details how the continuing pandemic, along with the cold weather in Texas and various shipping issues, are all affecting the supply of available resin.

"This situation is threatening the economic survival of small- to medium-sized (SME) businesses but also endangering the production of countless products, ranging from applications in the building and automotive industry to essential goods for the food packaging and pharmaceutical supply chains," a EUPC news release said.

The EUPC reported many plastic converters are being forced to reduce their production and accept fewer or no new customers. If the situation continues, the industry could see the supply of essential plastic goods not be guaranteed.

The question remains whether North American agricultural producers could see a shortage of ag products made from plastics, ranging from drainage equipment to plastic equipment parts.

One ag sector that depends heavily on plastic products is livestock and forage producers. With the forage harvest season either already beginning or set to begin soon, issues with the supply of baler twine, net wrap and silage/haylage plastic and storage bags would be extremely unwelcome to producers.

DTN Dairy Analyst Robin Schmahl said the livestock industry not having access to, or paying considerably more for, plastic products could have a negative impact on operations, especially those already struggling with higher feed prices.

Silo bags are a popular and economical way to store high-moisture feed for cattle, especially for smaller farms. These farms do not have the capability of putting haylage in a bunker, as they cannot feed it quickly enough to keep it from spoiling, he said.

"A lack of plastic bags would be detrimental to the way producers feed and the quality of feed," Schmahl said. "The increased cost for the bags will be paid if they can get them, but that will obviously cut deeply into profitability."

BEEF, FORAGE PRODUCTION COULD BE AFFECTED

Kyle Krier, a forage producer from Claflin, Kansas, locked in nearly all his twine and net wrap needs back in late 2020 for the 2021 hay harvest season. But depending on how the season goes, he may need more supply by the end of the season.

The reason he buys ahead is to assure there is a plentiful supply but also because there is usually some pricing advantage, he said. He has heard from his suppliers that there could be supply issues.

"I don't want to get caught in a situation where I'm short without an ability to get any," Krier told DTN.

There really are no good substitutes for those products, he said.

"Some people don't cover silage, but no one leaves something like high-moisture corn uncovered," Rusche said.

The same situation would apply for those producers utilizing baler twine and net wrap if they are putting up hay for their livestock. The product is needed to physically hold bales together, he said.

Rusche said it is feasible those baling hay could utilize sisal twine, although there probably would be a lot of resistance from producers to that move. This twine is less resistant to weather damage and rot, which could be an issue, depending on planned storage time, he said.

If plastic twine and net wrap are available and plastic covers and bags are not, producers would probably be better off just baling their forages, said Marc Bauer, North Dakota State University Extension associate professor and interim department head of animal sciences.

Since a producer must make the bale first -- requiring the use of twine -- before making baleage, which is wrapped in plastic, it stands to reason that if producers can't find the wrap they need, they could just put up dry hay instead of wet hay for baleage, he said.

The same could apply for alfalfa haylage. If the plastic sheeting for covering the haylage is not available, let the alfalfa dry for hay, Bauer said.

Schmahl said issues with plastic supplies and prices may not have an immediate impact on livestock markets. It would be more of a longer-term impact as increased costs of plastic, as well as higher grain prices, would have an impact on profitability, which also could lead to heavier culling of cattle and lower milk production in the dairy industry.

The lack of plastic could also affect the packaging of milk and dairy products, he said.

If there is less access to plastic milk packaging for retail, that milk may move to the production of other dairy products. Increased production of those products could increase supply and keep prices lower, he said.

Schmahl said not having sufficient plastic jugs for bottling milk would be as disruptive as the beginning of the COVID-19 pandemic last spring. Most likely there would not be sufficient supplies of glass milk bottles or cardboard containers, he said. And if somehow the supply of these alternative packaging materials were available, milk packaging facilities would not have the capacity to package this way. They likely would not be able to retool their facilities, he said.

"It is a matter of packaging logistics," Schmahl said.