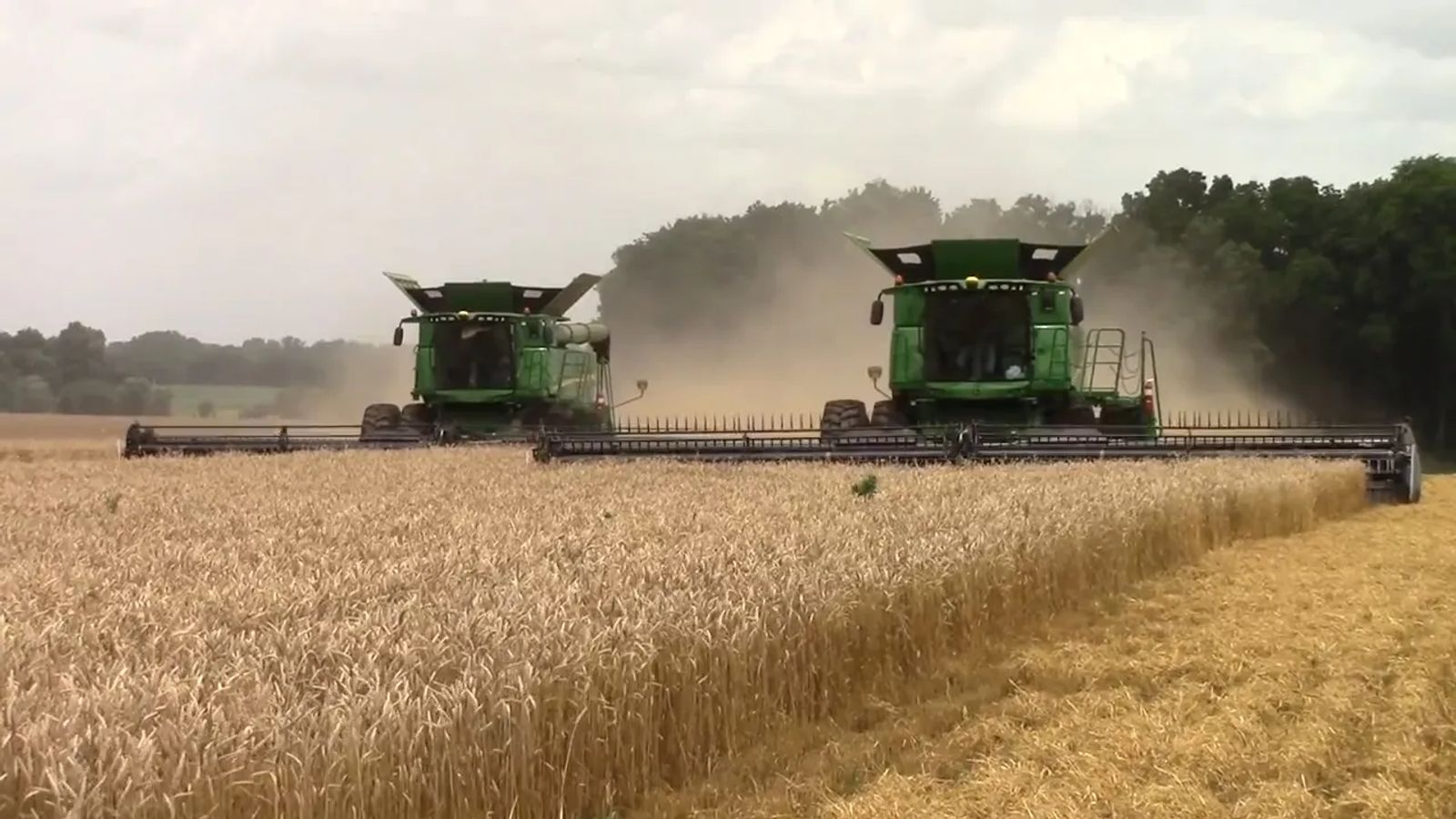 USDA expects farmers to harvest a record 15.3 billion bushels (bb) of corn this fall, with a national average yield of 181.8 bushels per acre (bpa), which is also a record, according to its first Crop Production report of the season.

Soybean production is estimated at 4.42 bb with a record national average yield of 53.3 bpa.

USDA expects farmers to harvest a record 15.3 bb of corn this fall, up 12% from last year. The national average yield estimate of 181.8 bpa is also a record, according to its first Crop Production report of the season. Both estimates are within the range of pre-report expectations.

That puts ending stocks for the 2020-21 crop marketing year at 2.76 bb, up from last month's 2.65 bb estimate and toward the high end of pre-report expectation. The ending stocks estimate reflects the 278 million-bushel (mb) increase in production, a 20 mb increase in beginning stocks, a 75 mb boosts to feed and residual usage and exports.

USDA pegged the average farm-gate price declined by a quarter from last month to $3.10 per bushel.

Global ending stocks for 2020-21 reflect higher U.S. production with USDA raising its estimate to 317.5 million metric tons (mmt), up from 315 mmt in July.

Average farmgate soybean prices for new-crop soybeans dropped to $8.35 per bushel, down from $8.50 in the July report.

The national average farm gate price declined by a dime to $4.50 per bushel.

USDA increased projected beef production in 2020 94 million pounds in the Wednesday WASDE report, moving estimated total yearly production at 27.0 billion pounds. Third quarter beef production increased 40 million pounds, helping to offset lower production levels in the second quarter of the year. Projected annual price levels for steers was left unchanged, at $110 per cwt, while prices rose $1 per cwt in the third- and fourth-quarter estimates, now estimated at $101 per cwt in third quarter and $104 per cwt in the last quarter of the year. Beef demand for 2020 increased 205 million pounds from the July estimate, following falling boxed beef and retail beef values. Overall beef demand is pegged at 27.32 billion pounds. Even though 2021 demand is expected to rise to 27.66 billion pounds, a slight adjustment in long-term demand has been added to the August estimate, curbing long-term projections of market activity and end user interest well into 2021. Limited market reaction is being seen in live and feeder cattle futures following the report.

Pork production was adjusted lower with annual production expected at 28.3 billion pounds, falling 179 million pounds from July levels. Most of the production adjustment was seen in third quarter expectations with overall pork production estimated 140 million pounds lower than July's estimate. Annual barrow and gilt prices fell slightly in the August report, but firm adjustments to third quarter prices moved price levels $2 per cwt lower per cwt. This will likely have a more significant affect as overall production ramps up through the end of the year. Fourth quarter barrow and gilt prices are expected at $35 per cwt, a $1 per cwt loss from previous estimates. Pork demand is expected to continue to slip lower with 2020 overall use at 21.8 billion pounds. This is 183 million pounds under July estimates and 381 million pounds below 2019 levels. Widespread market moves are not expected to be seen following these reports as most of the adjustments have already been evident in market conditions for some time.