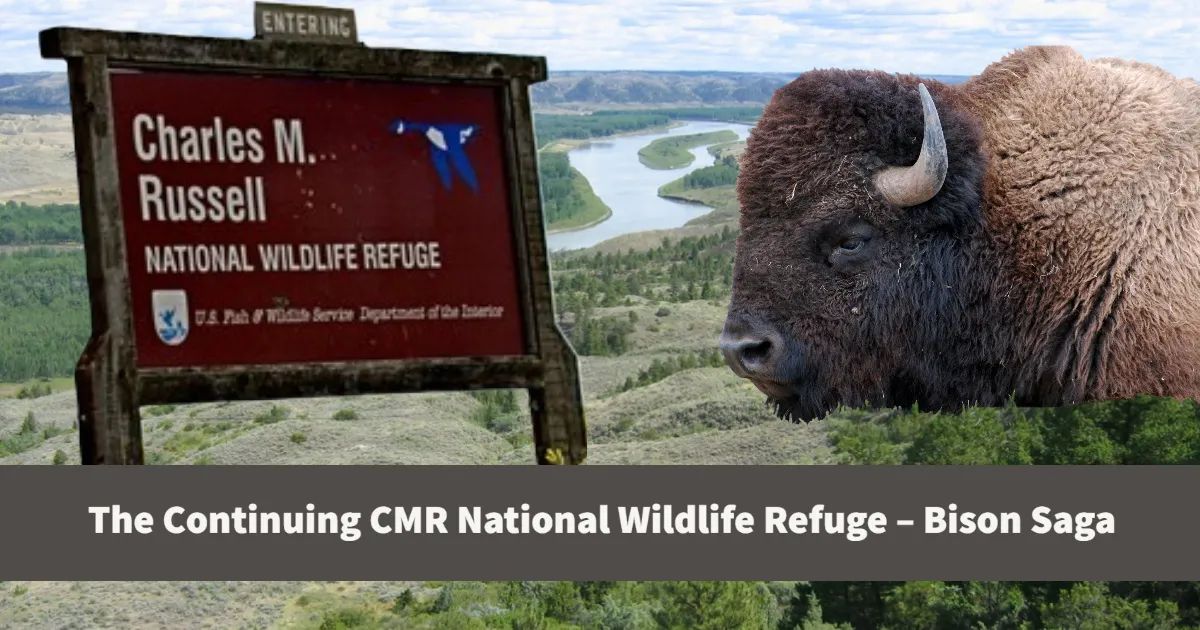 Opinion: Ranchers trying to eke out a living in the Breaks on either side of the Missouri River in northeastern Montana have been in a continuous battle with Washington politicians and bureaucrats. It started in the 1930’s when President Franklin Roosevelt (FDR) and his cronies decided a dam on the Missouri at the location of old Fort Peck would be an ideal ‘make work’ project. The area designated for the reservoir just happened to contain beautiful irrigated alfalfa fields that provided abundant winter forage for the area’s livestock and a cash crop for the ranchers. The ranchers’ protests and livelihoods were drowned out by the rising waters. The government’s unjust treatment of these land-owning ranchers was thoroughly detailed by Dr. John Lacey in the Winter 2019 Montana Magazine.

After a wildlife survey and the usual lobbying in Washington D.C., FDR issued an Executive Order in 1936 establishing the 700,000-acre Fort Peck Game Range around the Fort Peck Reservoir. The order stated the Game Range was, “for the conservation and development of natural wildlife resources and for the protection and improvement of public grazing lands and natural forage resources”. Management of the Game Range was under the joint jurisdiction of the Secretaries of Interior and Agriculture. The Secretary of the Interior implemented the provisions of the 1934 Taylor Grazing Act that established grazing districts and gave the allotment-holding ranchers a right for their livestock to access the available forage on the Game Range. Most ranchers did not oppose the formation of the Game Range, because they believed they were promised a right to continue grazing there. The federal bureaucrats and politicians did not live up to their promises.

It took several years of Executive Orders, passage of Congressional Acts, and many losing lawsuits before the right to graze the Game Range was changed to a privilege to graze on the renamed Wildlife Refuge that could be taken away at any time for any reason. The result has been a 94% reduction in AUMs (Animal Unit Months, a measure of grazed forage). The history of the Charles M. Russell National Wildlife Refuge (CMR NWR) management has not been kind to the hard-working neighboring ranchers, and it doesn’t seem to be getting any better.

In 2007, the World Wildlife Fund (WWF) published Ocean of Grass: A Conservation Assessment of the Northern Great Plains. In it, they identified several key areas, including Phillips and Valley Counties, to start the rewilding process. The WWF then founded a ‘land trust partner’ called the American Prairie Foundation/Reserve (APR). This entity stated their goal was to establish a 10,000 head wild and free-ranging bison herd on 3.5 million contiguous acres in NE Montana. Their plan included the CMR NWR acreage. After the APR’s initial successes with several landowners, ignoring their neighbors and community, willingly selling to them and a compliant Malta Bureau of Land Management (BLM) office that gave them everything they wanted, they ran into considerable resistance.

When the APR realized their attempt to change all of their federal grazing permits into no-interior-fences, year-round-grazing bison pastures was facing major opposition, they resubmitted a much-reduced application to the BLM and have tried to polish their tarnished image in the surrounding communities.

At the same time, Montana Fish, Wildlife and Parks (MFWP), under Director Martha Williams, was pursuing its goal to introduce wild, free-ranging bison somewhere in Montana. Apparently, Director Williams and Governor Bullock secretly met with the APR concerning bison reintroduction. The position of the CMR NWR concerning bison reintroductions was spelled out in their 2012 Final Report, which stated the US Fish and Wildlife Service (USFWS) has, “taken the position that it will not consider reintroducing wild bison on the refuge unless MFWP initiates an effort to restore wild bison.”

In 2020, a very detailed proposal titled “To Restore Public, Wild Bison on the Charles M. Russell National Wildlife Refuge” was submitted by the Montana Wild Bison Restoration Coalition. In the first place, their title is wrong, since they are not planning to release bison on the CMR NWR, but on the UL Bend NWR. In the plan, the adjacent APR ranch was to be the source of the bison. The worst part of this proposal was that they were not planning to fence the bison from the Missouri River. Garfield County, here we come! Apparently, they were trying to fast-track this plan while Bullock was still in office. Fortunately, they were not successful, and the Gianforte administration has shelved this proposal. But hold the phone!

In 2021, the CMR shifted gears and took the lead by hiring the services of a University of Montana professor to conduct surveys concerning ‘stakeholder’ opinions about reintroducing bison and bighorn sheep on the refuge. Do you think their timing had anything to do with the nomination and confirmation of ex-MFWP Director Martha Williams to head the USFWF? Probably just a coincidence!

At the last CMR Community Working Group meeting, the refuge manager informed us that two surveys were being conducted, one tribal and one non-tribal. He also told us that he had selected the names of all the survey participants, and the refuge had no plans or proposals for reintroductions in mind.

We all know how the tribes will vote, and the CMR knows what the ‘stakeholders’ around the Refuge think of wild bison, because of all the ordinances opposing them that overwhelmingly passed (plus a random, statistically significant survey conducted in Valley County that showed only 6% of the county wanting wild bison with 79% opposed). Obviously, the real reason for the surveys is to over-ride the opinion of the resident population. It should also be pointed out that the value of the surveys is tainted because the participants were not randomly selected. The reason for randomization in surveys is to eliminate this major source of bias. And lastly, it is a stretch to claim the elaborate, well-written proposal to release bison on the UL Bend NWR is not still front and center on the table. The adjacent residents realize the purpose of this questionable exercise is to ram these bison down their throats in the same way Montana got wolves. Time will tell if the local ordinances and Montana laws will prevail or whether the federal bureaucrats and NGO’s will succeed with their locally destructive program.