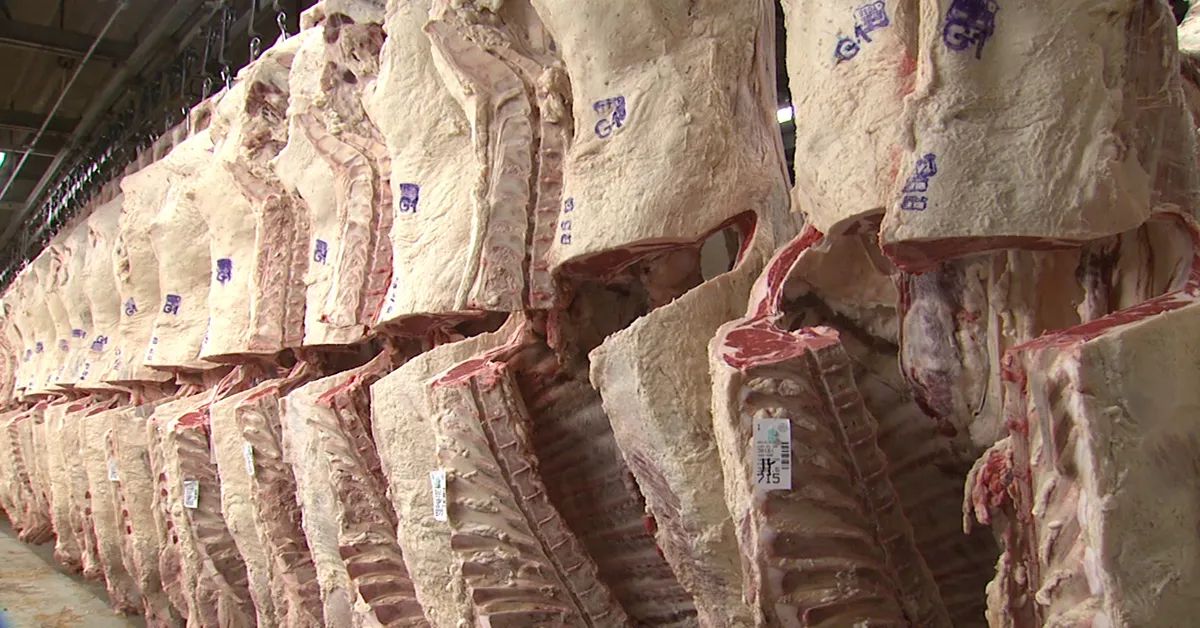 U.S. Senators Mike Rounds (R-S.D.) and Elizabeth Warren (D-Mass.) introduced a bipartisan joint resolution that would direct the Federal Trade Commission (FTC) to report to Congress within one year on the extent of anticompetitive practices and violations of antitrust law in the beef packing industry, including price-fixing, anticompetitive acquisitions, dominance of supply chains and monopolization.

“For the past two years, I have been calling on the Department of Justice to investigate allegations of price-fixing, collusion and other unfair practices in the beef packing industry,” said Rounds. “Unfortunately, the Department of Justice has seemingly not made these concerns a priority and both consumers and cattle producers in South Dakota continue to suffer as a result. For years, the price paid to cattle producers for their high-quality American products has not followed the price of beef at the grocery store. Meanwhile, the four largest beef packers, who control 85 percent of the beef processing capacity, have enjoyed record profits. This has resulted in an average of nearly 17,000 cattle ranchers going out of business each year since 1980. Senator Warren and I have introduced a bipartisan resolution to address these issues. If passed, it will trigger an existing statute that requires the FTC to investigate and report to Congress whether the big packers are engaging in anticompetitive practices, or even breaking antitrust laws, to maintain their stranglehold on the beef packing industry. It’s critical to determine if violations are occurring, or if Congress needs to take further action to strengthen the current antitrust laws that are on the books.”

“Only four billionaire corporations control 85% of the market for beef — and these giant corporations have been using their market power to raise prices for consumers and have reduced pay for ranchers, farmers, and plant workers, all while padding their bottom lines,” said Warren. “It’s time for Congress to get back in the game and use every tool to promote competition in our markets so we can lower costs for families, and I’m glad to be leading this bipartisan effort with Senator Rounds.”

Our nation’s beef packing industry appears rife with antitrust violations, and ranchers, farmers and consumers are paying the price as a result. The top four beef packers increased their market share from 32 percent to 85 percent in the past three decades. At the same time, each year since 1980, an average of nearly 17,000 cattle ranchers have gone out of business. The dominant beef packers are in turn wielding their market power over the ranchers: American ranchers today receive approximately 39 cents of every dollar a consumer spends on beef, compared to the 60 cents they received 50 years ago. Additionally, from 2015 to 2018, the spread between the cost of wholesale beef and the price paid to ranchers increased by 60 percent, while the top beef packers enjoyed record profits. Meanwhile, beef packing companies have paid millions of dollars to settle beef price-fixing claims in recent years.

The Federal Trade Commission Act of 1914 (FTC Act) authorizes either the president or Congress to direct the FTC to investigate and report the facts relating to any alleged violations of antitrust law. In November 2021, President Biden used his authority under this law to call for an oil and gas investigation. However, Congress has not used its power under the FTC Act to call for an investigation since the Great Depression era. In the 1920s, Congress directed the FTC to investigate specific companies like American Tobacco, as well as entire markets such as the flour industry.

This bipartisan joint resolution would direct the FTC to report to Congress within one year on:

· the extent of anticompetitive practices and violations of antitrust law in the beef packing industry, including price fixing,        anticompetitive acquisitions, dominance of supply chains and monopolization;

· the monetary and other harms of anticompetitive practices and violations of antitrust law in the beef packing industry on consumers, ranchers, farmers, plant workers and small businesses; and

· recommendations for legislation or other remedial actions.

“Senator Rounds continues to be a champion for competition in the U.S. Senate,” said Justin Tupper, U.S. Cattlemen’s Association Vice President. “We have not yet received the results of the Department of Justice’s investigation into the beef industry directed by former Secretary of Agriculture Sonny Perdue. This is completely unacceptable. The bipartisan resolution introduced directs the Federal Trade Commission to examine the extent of anticompetitive practices and violations of antitrust law in the beef-packing industry AND it sets a date for when the report is due.”

“Cattle producers and consumers are both being harmed by the unprecedented concentration of the beef packing industry and we applaud Senators Rounds and Warren’s call upon the FTC to determine the extent to which this concentration has facilitated antitrust violations in our industry,” said Bill Bullard, CEO of R-CALF USA.

“Fighting for our American rancher’s livelihood is an important priority,” said Karla Hofhenke, Executive Director of South Dakota Farmers Union. “The disparity between the packer and producer is a serious issue that has only gotten worse. Immediate action consisting of a thorough investigation followed by swift Congressional action is needed. Thank you to Senators Rounds and Warren for continuing to push this issue to the forefront.”

"Fair and honest prices in a free-market economy are predicated on competition,” said James Halverson, Executive Director of South Dakota Stockgrowers Association. “We’ve seen that competition dwindle to nearly non-existent levels within the beef industry. There are some who are doing quite well right now in our industry with deals behind closed doors, and they want the status quo to continue. The South Dakota Stockgrowers appreciate what the Senators are trying to do with this resolution in putting a stop to the meat packing oligarchy collusion."

Since he was elected to the Senate, Rounds has led numerous efforts to provide solutions to the problems faced by independent cattle producers and beef consumers including:

· Led a group of 26 colleagues with Sen. Tina Smith (D-Minn.) in calling on the attorney general to investigate the meatpacking industry to determine if antitrust violations exist.

· Introduced the Meat Packing Special Investigator Act with Senators Jon Tester (D-Mont.) and Chuck Grassley (R-Iowa) to give the U.S. Department of Agriculture the tools to investigate anticompetitive practices in the cattle market. This bill recently passed the House Agriculture Committee.

· Addressed cattle producers during a virtual town hall focused on meatpacker concentration in the cattle industry.

· Introduced bipartisan legislation to foster more competitive cattle markets by requiring that a minimum of 50 percent of a meatpacker’s weekly volume of cattle purchases take place on the open or spot market.

·Introduced legislation which would outlaw foreign beef from being labeled as a “Product of the U.S.A.” and make certain that label only goes on beef and beef products exclusively derived from animals born, raised and slaughtered here in the United States.